This website requires the use of Javascript to function correctly. Performance and usage will suffer if it remains disabled.
How to Enable Javascript
North Korea to Launch Satellites to Monitor U.S. and Its Allies

North Korea to Launch Satellites to Monitor U.S. and Its Allies 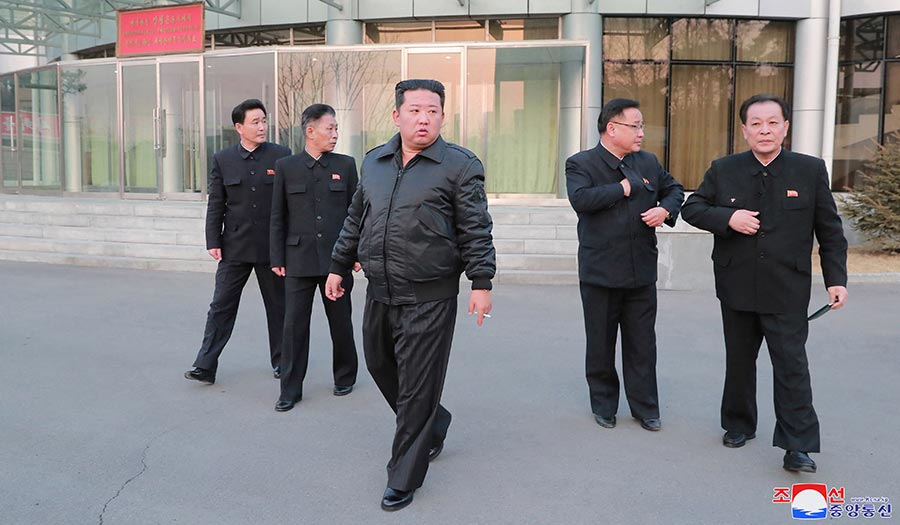 SEOUL (Reuters) – North Korea will launch a number of reconnaissance satellites in coming years to provide real-time information on military actions by the United States and its allies, state media on Thursday reported leader Kim Jong Un as saying.

“He noted that the purpose of developing and operating the military reconnaissance satellite is to provide the armed forces of the DPRK with real-time information on military actions against it by the aggression troops of the U.S. imperialism and its vassal forces in south Korea, Japan and the Pacific,” the news agency said.

North Korea appears to be preparing to launch a reconnaissance satellite, which could prove as controversial as the nuclear-armed country’s weapons tests because they use the same banned ballistic missile technology, experts say.

Mr. Kim defended the satellite work as not only about gathering information but protecting North Korea’s sovereignty and national interests, exercising its legitimate rights to self-defense, and elevating national prestige, KCNA reported.

“He stressed that this urgent project for perfecting the country’s war preparedness capacity by improving our state’s war deterrent is the supreme revolutionary task, a political and military priority task to which our Party and government attach the most importance,” KCNA said.

The United States and its allies have condemned previous North Korean space launches as violations of UN Security Council resolutions that have imposed sanctions on North Korea over its nuclear and missile programs.

North Korea has not tested a nuclear weapon or its long-range intercontinental ballistic missiles (ICBMs) since 2017, but has suggested it could resume such tests because talks with the U.S. are stalled.

Its latest flurry of missile launches could be groundwork for a return to ICBM and nuclear bomb tests this year, the U.S. Directorate of National Intelligence (DNI) said in its annual Worldwide Threat Assessment released this week.

A satellite launched into orbit would be the first since 2016.

“It remains to be seen how capable any North Korean imagery satellite would be, the frequency of launches, or how many such satellites might be maintained in orbit at any one time—all key indicators of the actual military significance of such satellites,” 38 North, a U.S.-based monitoring group, said in a report.

Regardless, North Korea clearly sees this capability as having propaganda value and showcasing its technological prowess and effective leadership, it added.

A launch could make technical contributions to North Korea’s ICBM capability, depending on what type of rocket booster is used, 38 North said.

“It may also be the precursor to other more provocative developments mentioned by Kim, such as the testing of multiple-warhead missiles, solid-propellant ICBMs, and ICBM-range solid-propellant submarine-launched ballistic missiles,” it said.