This website requires the use of Javascript to function correctly. Performance and usage will suffer if it remains disabled.
How to Enable Javascript
Why Are the UK and EU Still Fighting Over Brexit?

Why Are the UK and EU Still Fighting Over Brexit? 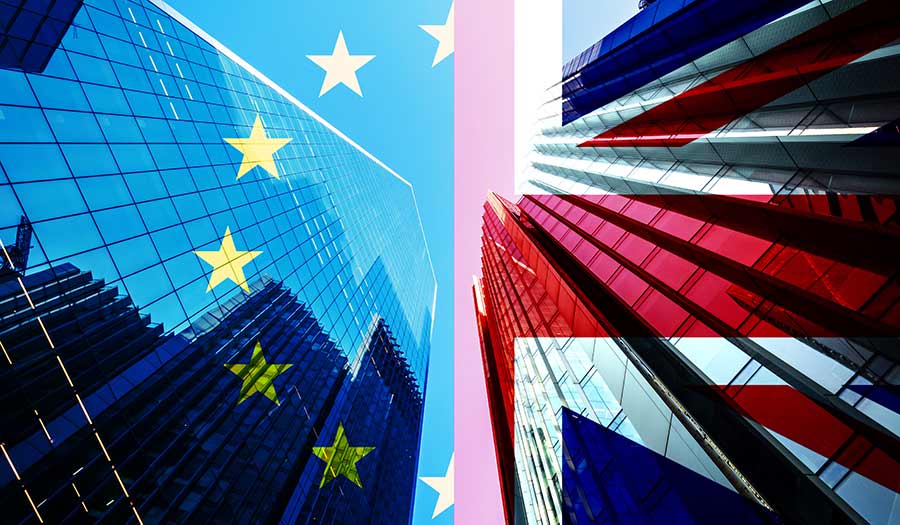 LONDON (AP) – “Get Brexit done” was British Prime Minister Boris Johnson’s slogan when he ran for election two years ago. Since then, the UK has pulled out of the European Union after more than four decades of membership and several years of wrangling over divorce terms.

And yet the quarrels go on: The UK and the EU of now 27 nations are once again trading accusations and insults as they try to resolve rough spots in their relationship.

The current conflict centers on Northern Ireland, the only part of the UK that shares a land border with an EU member—Ireland.

While Britain was part of the EU’s vast free trade single market, there were no barriers to people and goods crossing that border. The open frontier helped underpin the peace process that ended decades of Catholic-Protestant violence in Northern Ireland because if allowed the people there, whatever their identity, to feel at home in both Ireland and the UK.

By taking the UK out of the EU’s economic order, Brexit is creating new barriers and checks on trade. Both Britain and the EU agreed such checks could not take place on the Ireland-Northern Ireland border because of the risk to the peace process.

The alternative was putting a customs border in the Irish Sea—between Northern Ireland and the rest of the UK. But the new sea border has brought headaches and red tape for businesses, and has riled Northern Ireland’s Protestant unionists, who say it weakens Northern Ireland’s place in the United Kingdom and threatens their British identity.

Why Is UK-EU Conflict Eruption Now?

Problems have been piling up since the UK left the EU’s economic embrace, including the bloc’s single market, at the end of 2020.

Under the divorce agreement, the British government was required to impose customs checks on goods entering Northern Ireland from the rest of the UK. It has repeatedly postponed introducing them, to the annoyance of the EU.

Specific problems have emerged around agricultural and food products—most prominently a looming ban on chilled meat products entering Northern Ireland from the rest of the UK that spurred headlines about a “sausage war.”

What Does the EU Say?

The EU agrees that the Northern Ireland arrangements are not working well. On Wednesday, it offered proposals to ease the burden by cutting checks on food, plant and animal products by 80 percent and paperwork for transport companies in half.

On the eve of that move, the UK raised the stakes again, demanding the EU also remove the European Court of Justice as the ultimate arbiter of the Brexit agreement and instead agree to international arbitration.

The EU is highly unlikely to accept that. The bloc’s highest court is seen as the pinnacle of the EU single market, and Brussels has vowed not to undermine its own order.

What Will Happen Next?

The EU and UK say they will hold several weeks of “intensive” talks on the latest proposals.

The talks could lead to a breakthrough or a breakdown; the signals are mixed. On the one hand, there have been moments during Brexit when the UK threatened to walk away without a deal, only to compromise at the last minute. This could be another one.

But if the British government sticks to its insistence on ruling out a role for the European court, it is hard to see room for compromise.

In that case, Britain says it will trigger an emergency break clause that allows either side to suspend the Brexit agreement if it is causing exceptional hardship. Such a move would infuriate the EU, which is likely to respond with legal action and possibly economic sanctions against the UK.

It could spiral into an all-out trade war.

Northern Ireland’s Democratic Unionists, meanwhile, are threatening to collapse the power-sharing Belfast government if the deal is not ripped up, a move that would trigger elections and plunge the region into fresh uncertainty.