This website requires the use of Javascript to function correctly. Performance and usage will suffer if it remains disabled.
How to Enable Javascript
‘Game over’: Westerners Rush to Leave Kabul as Taliban Takes Capital 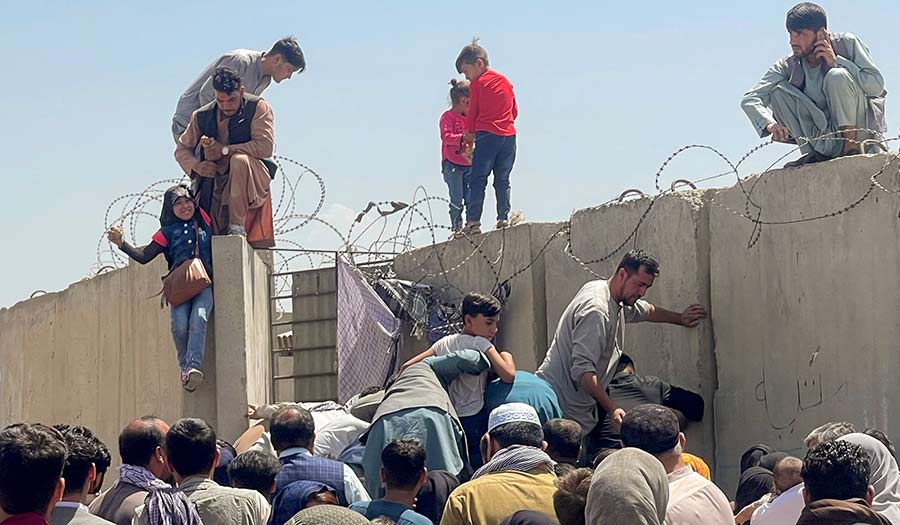 Reuters/Stringer
A man pulls a girl to get inside Hamid Karzai International Airport in Kabul, Afghanistan, as people desperate to escape the Taliban takeover attempt to flee the country (Aug. 16, 2021).

The chop of U.S. military helicopters whisking American diplomats to Kabul’s airport punctuated a frantic rush by thousands of other foreigners and Afghans to flee to safety as well, as a stunningly swift Taliban takeover entered the heart of Afghanistan’s capital.

The U.S. was pouring thousands of fresh troops into the country temporarily to safeguard what was gearing up to be a large-scale airlift. It announced late Sunday it was taking charge of air-traffic control at the airport, even as it lowered the flag at the U.S. Embassy.

Sporadic gunfire at Kabul international airport Sunday frightened Afghan families fearful of Taliban rule and desperate for flights out, in an ever-more chaotic and compressed evacuation. NATO allies that had pulled out their forces ahead of the Biden administration’s intended August 31 withdrawal deadline were rushing troops back in as well this weekend, to airlift their citizens.

To many, the evacuations, and last-ditch rescue attempts by Americans and other foreigners trying to save Afghan allies, appeared far from orderly.

An Italian journalist, Francesca Mannocchi, posted a video of an Italian helicopter carrying her to the airport, an armed soldier standing guard at a window. Ms. Mannochi described watching columns of smoke rising from Kabul as she flew. Some were from fires that workers at the U.S. Embassy and others were using to keep sensitive material from falling in Taliban hands.

Hundreds or more Afghans crowded in a part of the airport away from many of the evacuating Westerners. Some of them, including a man with a broken leg sitting on the ground, lined up for what was expected to be a last flight out by the country’s Ariana Airlines.

The spokesman for the Taliban’s political office on Sunday declared the war was over in Afghanistan and called for peaceful relations with the international community.

Spokesman Mohammad Naeem said in interviews with Al Jazeera TV the Taliban did not want to live in isolation and the type of rule and the form of regime would be clear soon.

Mr. Naeem said the Taliban wanted to have peaceful relations and was keen to develop several channels of communication it had already opened with foreign countries.

“We ask all countries and entities to sit with us to settle any issues,” he said in an interview with Al Jazeera TV.

Taliban insurgents entered Kabul on Sunday and President Ashraf Ghani left Afghanistan saying he wanted to avoid bloodshed, bringing the Islamist militants close to taking over the country two decades after they were overthrown by a U.S.-led invasion.

Mr. Naeem said that no diplomatic body or headquarters was targeted in the Taliban’s approach and the group would provide safety for citizens and diplomatic missions.

Mr. Ghani’s escape was unexpected and “even those close to him did not expect it,” Mr. Naeem said.

“We are ready to have a dialogue with all Afghan figures and will guarantee them the necessary protection,” he told Al Jazeera Mubasher TV.

“We have reached what we were seeking, which is the freedom of our country and the independence of our people,” he said. “We will not allow anyone to use our lands to target anyone, and we do not want to harm others.”

“We do not think that foreign forces will repeat their failed experience in Afghanistan once again.” 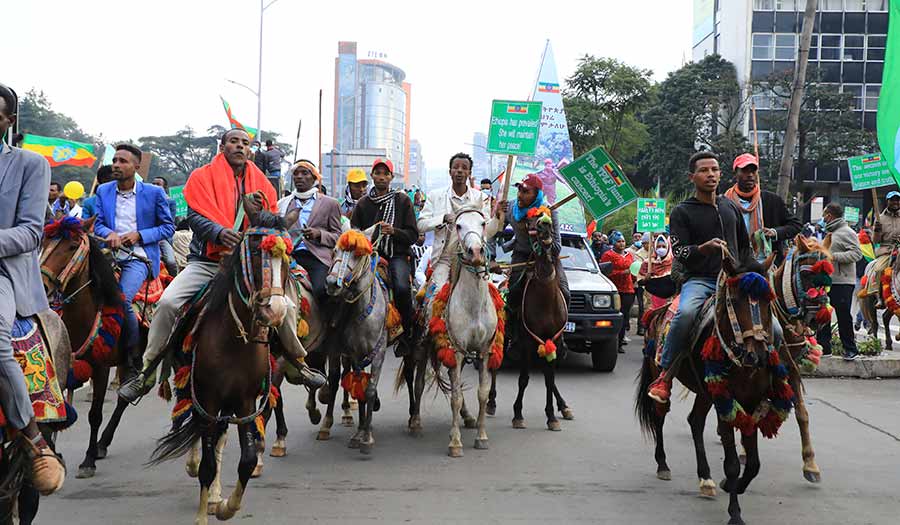 Ethiopia Calls ‘All Capable’ Citizens to Fight in Tigray War
NAIROBI, Kenya (AP) – Ethiopia’s government on Tuesday summoned all capable citizens to war, urging them to join the country’s military to stop resurgent forces from the embattled Tigray region “once and for all.”