This website requires the use of Javascript to function correctly. Performance and usage will suffer if it remains disabled.
How to Enable Javascript
Millions Skipped Church During Pandemic. Will They Return?

Millions Skipped Church During Pandemic. Will They Return? 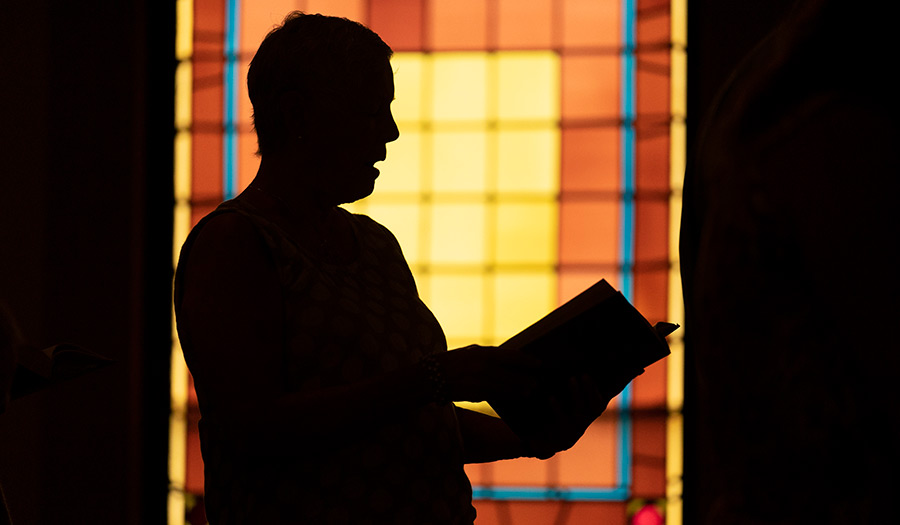 AP/Robert F. Bukaty
A member of the Waldoboro United Methodist Church sings a hymn during one of its final services before closing due to a drop in attendance, in part due to COVID-19 (June 20, 2021).

WALDOBORO, Maine (AP) – With millions of people having stayed home from places of worship during the coronavirus pandemic, struggling congregations have one key question: How many of them will return?

As the pandemic recedes in the United States and in-person services resume, worries of a deepening slide in attendance are universal.

Some houses of worship will not make it.

Smaller organizations with older congregations that struggled to adapt during the pandemic are in the greatest danger of a downward spiral from which they cannot recover, said Gloria E. White-Hammond, a lecturer at the Harvard Divinity School and co-pastor of a church in Boston.

On the Maine coast, the pandemic proved to be the last straw for the 164-year-old Waldoboro United Methodist Church.

Even before COVID-19 swept the world, weekly attendance had dipped to 25 or 30 at the white-clapboard New England church that could hold several hundred worshippers. The number further dwindled to five or six before the final service was held Sunday, said the Reverend Gregory Foster.

The remaining congregants realized they could not continue to maintain the structure, and decided to fold the tent, Mr. Foster said.

“We can’t entirely blame everything on COVID. But that was just the final blow. Some people have not been back at all,” he said.

In Virginia, the Mount Clifton United Methodist Church experienced a similar fate. The church can seat more than 100 but the number of weekly worshippers dwindled to 10 to 15, even before the pandemic.

The small white church built on a hill in the Shenandoah Valley in the 1880s may be rented to another congregation, or it may be put up for sale.

“It’s a complicated picture overall, but the pandemic was the straw that broke the camel’s back,” said Darlene Wilkins, who oversaw Mount Clifton. “It just became next to impossible to sustain.”

In the United States, the latest challenge for places of worship comes against a backdrop of a decades-long trend of a smaller share of the population identifying as religious.

It is too early to know the full impact of the pandemic. Surveys do show signs of hopefulness—and also cause for concern.

About three-quarters of Americans who attended religious services in person at least monthly before the pandemic say they are likely to do so again in the next few weeks, according to a recent AP-NORC poll. That is up slightly from the about two-thirds who said in May 2020 that they would if they were allowed to do so. But 7 percent said they definitely will not be attending.

Those findings are in line with a Pew Research Center survey of U.S. residents last summer. It found that 92 percent of people who regularly attend religious services expected to continue at the same or higher rate, while 7 percent say they will attend in-person services less often.

Nashville, Tennessee-based Lifeway Research, an evangelical research firm, says many churches lost steam when in-person services shut down. A small but concerning number churchgoers are coming out of the pandemic in limbo without a church home, said Scott McConnell, Lifeway’s executive director.

“That’s a lot of momentum to lose and a lot of people stepping out of the habit” of weekly worship, Mr. McConnell said.

Those who are successful in reemerging from the COVID-19 lockdowns will likely be those who did a better job adapting to the pandemic, said Dr. White-Hammond. Eight in 10 congregants in the U.S. reported that their services were being streamed online, Pew said.

Those who kept a connection with congregants and relied less on the physical passing of the plate for donations stand a better chance of emerging unscathed, Dr. White-Hammond said.

In Charlotte, North Carolina, Temple Beth El was closed during the pandemic but kept congregants in touch through events like “challah day.” Volunteers baked over 900 loaves of the bread, which were delivered to homes so worshippers could share them over a Shabbat meal.

There will be no returning to “normal” after the pandemic, said Rabbi Dusty Klass. “There were people who went home and may never come back to the sanctuary. They may just pray from their couch. It’s up to us to make sure they have the opportunity.”

The All Dulles Area Muslim Society, whose main campus is in Sterling, Virginia, said some of its 11 locations have reopened to worshippers with safety measures.

“If COVID is gone 100%, I firmly believe our community would be fully back because people crave…to be together,” said Rizwan Jaka, chair of interfaith and media relations.

In San Francisco, the historic Old St. Mary’s Cathedral survived when members rebuilt after a fire following the 1906 earthquake but it has struggled mightily during the pandemic to stay open.

The 160-year-old Roman Catholic church, which is heavily dependent on older worshippers and tourists, lost most of its revenue after parishes closed during the pandemic. During those “dark hours,” the Reverend John Ardis had to dismiss most of the lay staff, cut the salary of a priest and close the parish preschool.

The plaster is crumbling, the paint is peeling off the walls and dozens of its stained-glass windows need to be replaced.

“But those are secondary at the moment,” Mr. Ardis said. “Because I’m just basically trying to trying to keep the doors open.” 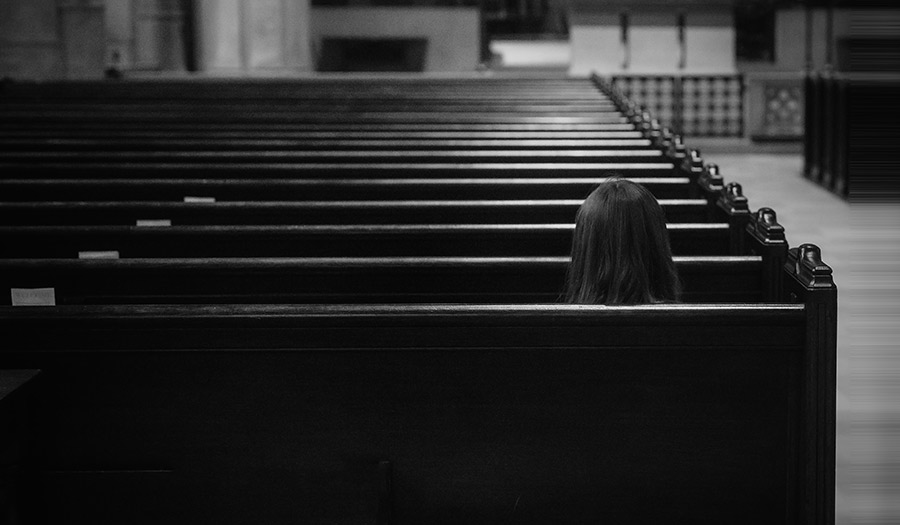 Does Church Attendance Matter?
Ask Americans if they believe in God and most will say yes. But a growing number are departing from organized religion altogether.