This website requires the use of Javascript to function correctly. Performance and usage will suffer if it remains disabled.
How to Enable Javascript
Vladimir Putin Signs Law That Could Keep Him in Kremlin Until 2036 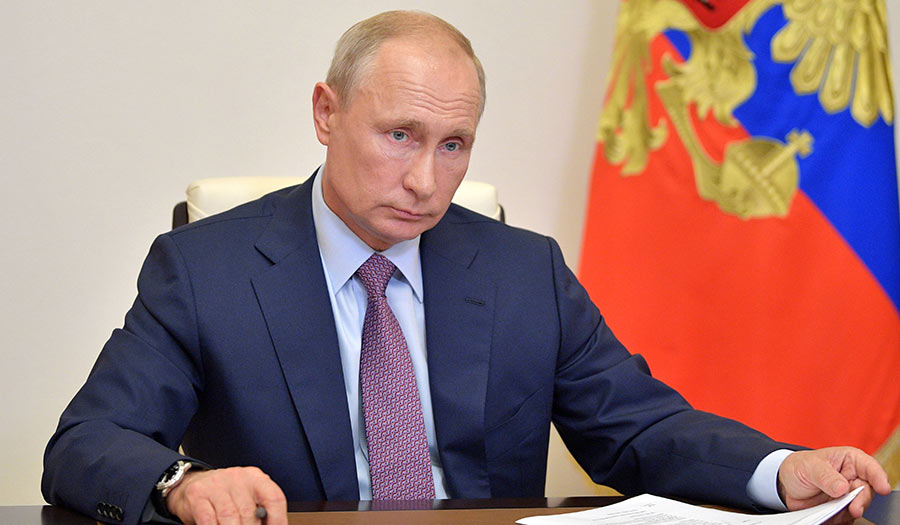 MOSCOW (AP) – Russian President Vladimir Putin on Monday signed a law allowing him to potentially hold onto power until 2036, a move that formalizes constitutional changes endorsed in a vote last year.

The July 1 constitutional vote included a provision that reset Mr. Putin’s previous term limits, allowing him to run for president two more times. The change was rubber-stamped by the Kremlin-controlled legislature and the relevant law signed by Mr. Putin was posted Monday on an official portal of legal information.

The Russian president, who has been in power for more than two decades—longer than any other Kremlin leader since Soviet dictator Josef Stalin—said he would decide later whether to run again in 2024 when his current six-year term ends.

He has argued that resetting the term count was necessary to keep his lieutenants focused on their work instead of “darting their eyes in search for possible successors.”

The opposition criticized the constitutional vote, arguing that it was tarnished by widespread reports of pressure on voters and other irregularities, as well as a lack of transparency and hurdles hindering independent monitoring.

In the months since the vote, Russia has imprisoned the country’s most prominent opposition figure, Alexei Navalny.

Mr. Navalny was arrested in January upon his return from Germany, where he spent five months recovering from a nerve-agent poisoning that he blames on the Kremlin. Russian authorities have rejected the accusation.