This website requires the use of Javascript to function correctly. Performance and usage will suffer if it remains disabled.
How to Enable Javascript
Britain’s Navy to Protect Fishing Waters in Case of No-deal Brexit 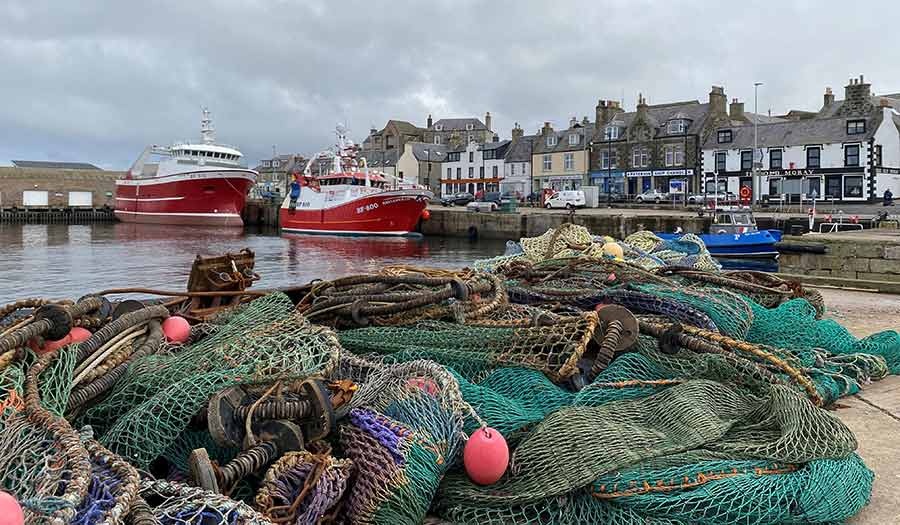 Reuters/Alexander Smith
Fishing boats and a net in the coastal town of Macduff, Britain (Oct. 18, 2020).

LONDON (Reuters) – Four Royal Navy patrol ships are on standby to protect Britain’s fishing waters in the event the Brexit transition period ends on December 31 without a deal on future ties with the European Union, the Ministry of Defence (MOD) said.

There are concerns about possible skirmishes between British and foreign fishing vessels if no trade deal is reached, with existing transitional rules that give EU boats access to British waters set to expire at the end of the year.

“The MOD has conducted extensive planning and preparation to ensure that Defence is ready for a range of scenarios at the end of the Transition Period,” an MOD spokesman said.

The 260-feet-long navy vessels will have the power to stop and inspect EU fishing boats operating within Britain’s exclusive economic zone (EEZ), which can extend 200 miles from shore.

The Guardian newspaper reported earlier that two vessels would be deployed at sea with a further two on standby in case EU fishing boats entered the EEZ.

A French minister said on Thursday that France would compensate its fishermen and take other measures to help them if talks on a trade deal collapsed, in an effort to avoid clashes at sea.

Britain quit the EU in January, but under the terms of its exit deal remains part of the bloc’s single market and customs union until a transition period expires on December 31.