This website requires the use of Javascript to function correctly. Performance and usage will suffer if it remains disabled.
How to Enable Javascript
Major Quake Hits Mexico, Triggers Pacific Tsunami 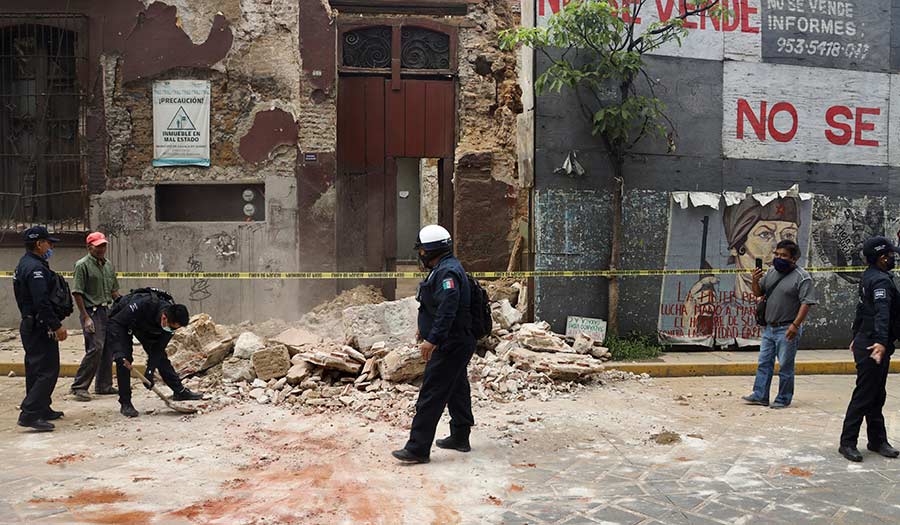 AP/Luis Alberto Cruz Hernandez
A policeman removes rubble from a building damaged by an earthquake in Oaxaca, Mexico (June 23, 2020).

A powerful earthquake of magnitude 7.4 struck the coast of southern Mexico on Tuesday, killing at least one person, buckling paved roads, and setting off a tsunami in nearby Pacific coastal areas.

One person died in the state of Oaxaca, Governor Alejandro Murat said, after the quake hit the Pacific coastal state mid-morning.

The country’s seismological service said a tsunami on the Oaxaca coast was ongoing, with the sea level having risen 2 feet at Huatulco beach, a popular destination for U.S. and Canadian tourists.

Mexico’s civil protection agency recommended that residents move away from the coastline. Videos on social media showed the ocean’s water receding in Oaxaca, a mountainous state that is also home to coffee plantations and Spanish colonial architecture.

Miguel Candelaria, 30, was working at his computer in his family home in the Oaxaca town of Juchitan when the ground began to tremble. He ran outside with relatives, but they had to stop in the middle of the street as the pavement buckled and rocked.

Neighbors screamed in terror and some shouted out warnings to run from the electricity poles that looked poised to fall, said Candelaria, who works in telecommunications marketing.

There had been more than 140 aftershocks, most of them small.

Seismic alarms sounded midmorning with enough warning for residents to exit buildings. Power was knocked out to some areas.

Groups of people still milled around in close proximity on streets and sidewalks in some neighborhoods of the capital about an hour after the quake.

The earthquake hit a quake-prone region where four underground tectonic plates come together. In the past 35 years, there have been at least seven magnitude 7 or greater earthquakes, killing around 10,000 people—most of them in a 1985 8.0 quake.

“This has the potential to be a deadly earthquake and cause significant damage,” U.S. Geological Survey seismologist Paul Earle said. “This area is capable of and has had larger earthquakes in the past.”

“There will be aftershocks,” Mr. Earle said. “It is not unexpected to see a magnitude 6 at this point and a number of smaller ones.” 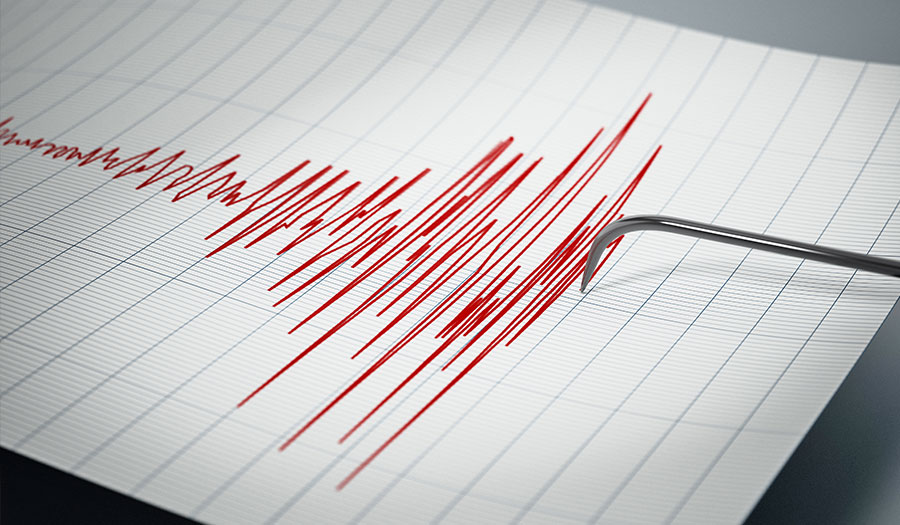 Getting Ready for the Big One
A recent spate of earthquakes has California and other coastal state residents on high alert. Is there anything that can be done to prepare for or even stop a mega-quake from causing mass mayhem on the West Coast?