This website requires the use of Javascript to function correctly. Performance and usage will suffer if it remains disabled.
How to Enable Javascript
Study: America’s Political Divide Widest Ever 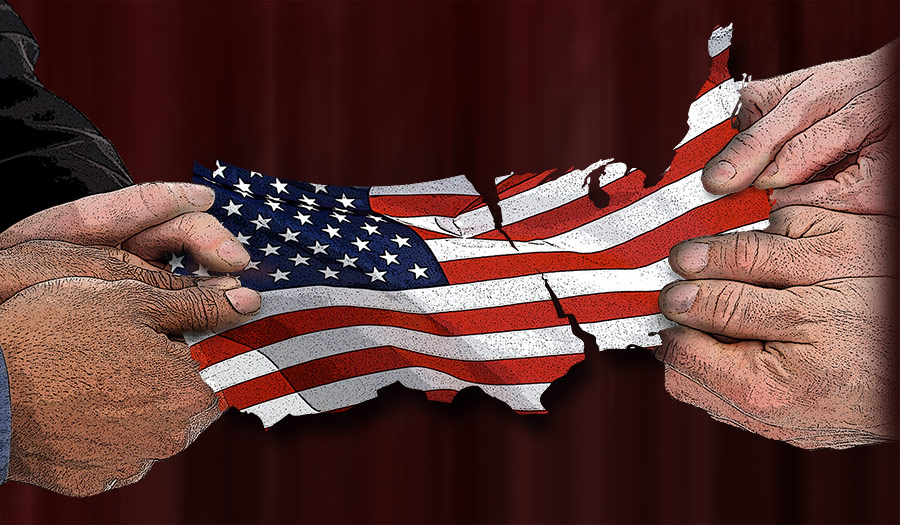 This should come as no surprise, but Americans are more divided than ever. A new poll found that the differences between political views among Democrats and Republicans have hit a record high this year, topping levels seen during Barack Obama’s presidency.

The study, which Pew Research Center has conducted since 1994, revealed that differences between political parties in 2017 were three times greater than gaps between other categories such as race, ethnicity, religious attendance, age, education and gender.

Pew detailed the core political values that Democrats and Republicans are more divided over than ever.

Immigration: The portion of Democrats who say immigrants strengthen the country “because of their hard work and talents” increased from 32 percent in 1994 to 84 percent today. For Republicans, 30 percent said this in 1994 and 42 percent say this today. The gap nearly doubled from 2012 to 2017.

As the polarized political landscape worsens, it is hard to see how the nation can move forward. In fact, the U.S. has shifted from mere partisan politics to hyper-partisan politics. For a deeper examination of the topic, read America’s Unbridgeable Political Divide. The article reveals exactly what is driving the nation’s crippling ideological divide.