This website requires the use of Javascript to function correctly. Performance and usage will suffer if it remains disabled.
How to Enable Javascript
Air Pollution Costs Colombia’s Capital $1 Billion Per Year 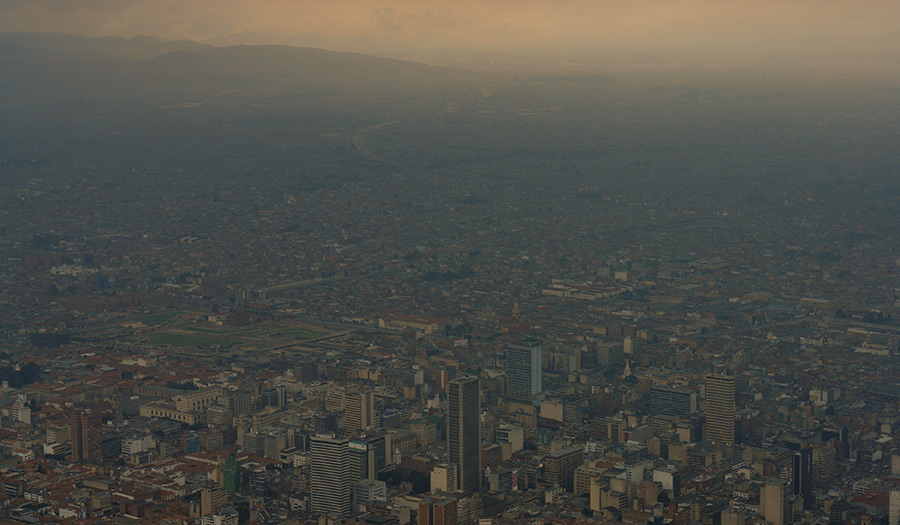 Bogota, Colombia, loses nearly $1 billion each year due to adverse health effects caused by air pollution, including heart disease, cancer, respiratory illness, and premature death, according to a study by researchers at Colombia’s Universidad La Salle.

Airborne particles such as carbon dioxide and ozone, emitted by buses and cars, were the primary cause of the population’s health problems. Pollution from industry and business, as well as dust from erosion and forest fires, were also a contributing factor to Bogota’s air pollution.

“Air contaminations is a huge risk for humans,” said Jorge Eduardo Pachon, head of the research group. “It is different than water contamination because we get to choose to not drink it, but we have to breathe the air around us all the time. Many times we breathe air with elements that can be dangerous—not only for us but for the ecosystem, too” (Finance Colombia).

The District Secretary of Health in Bogota reported that around 600,000 children under age 5 are treated for respiratory problems annually.

According to the World Health Organization, Bogota is the most polluted city in Latin America after Santiago de Chile, San Salvador, and Mexico City.