This website requires the use of Javascript to function correctly. Performance and usage will suffer if it remains disabled.
How to Enable Javascript
1 in 50 Refugees Dies While Attempting to Cross Mediterranean to Enter Europe 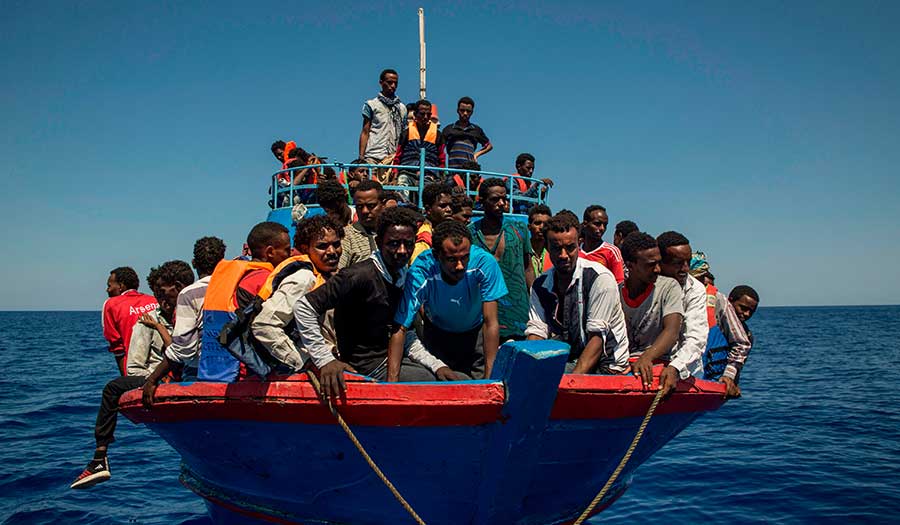 Adrift: Migrants wait to be rescued by a ship run by Doctors Without Borders in the Mediterranean, 30 nautical miles from the Libyan coast (Aug. 2, 2017).

Since the unforgettable image of Alan Kurdi came out in September 2015, the 3-year-old Syrian boy whose body washed ashore in Turkey, at least 8,500 migrants have died or gone missing in the Mediterranean while boating to Europe, the United Nations High Commissioner for Refugees reported.

While the number of arrivals in 2017 has been lower since the European Union made a deal with Turkey that stemmed the flow of refugees coming into Greece, the numbers of those drowning remains alarmingly high. According to the UN agency, 4,337 people—approximately 1 in 50 who attempted to cross—drowned in the first six months of the year. For those trying to reach Italy, the chances of death are 1 in 39.

Due to the clampdowns on more popular routes, such as Libya to Italy and Turkey to Greece, migrants are increasingly using more dangerous routes. Morocco to Spain is one example.

The UN agency reported that 9,500 people reached Spain during the first six months of 2017, mostly by sea. This is compared to just 4,936 who arrived during the same period in 2016.

“It’s the most the country has seen since the start of the crisis,” CNN reported. “And it’s flared in August—with a staggering 604 migrants rescued in just 24 hours. Increasingly, African migrants are seeking a cheaper and easier path to Europe, setting sail for Spain from Morocco in toy dinghies and on jet skis.”