This website requires the use of Javascript to function correctly. Performance and usage will suffer if it remains disabled.
How to Enable Javascript
Portugal: The Next EU Bailout?

Portugal: The Next EU Bailout? 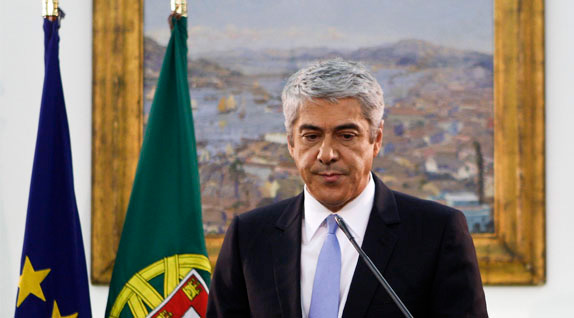 Due to the resignation of Prime Minister Jose Socrates in the midst of Portugal’s ongoing fiscal crisis, the nation may well host early elections this year. Yet the country will likely have to decide whether to take a bailout from the European Union before the office can be filled.

Financial Times stated that “under Portugal’s constitution, an election could not take place for at least two months and the new government would not be sworn in until several weeks later. Some economists fear Portugal will need to turn to the European financial stability facility, the EU’s bail-out fund, before then.”

Following more than 30 years without a balanced budget, the looming prospect of a third EU bailout, after Greece and Ireland, seems inevitable.

“The Portuguese prime minister’s resignation was the latest political blowback from a crisis that has forced painful retrenchment across Europe, darkening the continent’s economic prospects and its ability to create jobs and lift living standards,” The Associated Press reported.

Besides currently standing as the poorest country in Western Europe, and holding a record 11.2 percent unemployment, The Wall Street Journal stated that elevated illiteracy levels among the Portuguese has hindered any solutions to the economic crisis: “Just 28% of the Portuguese population between 25 and 64 has completed high school. The figure is 85% in Germany, 91% in the Czech Republic and 89% in the U.S.”

The article continued quoting economist Pedro Carneiro, “I don’t see how it is going to grow without educating its work force.”

While the EU bailout mechanism should be able to support Portugal, costing an estimated $98.8 billion, economists fear much larger Spain will soon need a bailout as well. Financial analysts have speculated that propping up Spain would nearly deplete the EU’s economic assistance fund.