This website requires the use of Javascript to function correctly. Performance and usage will suffer if it remains disabled.
How to Enable Javascript
Herpes Infects One in Six Americans

Herpes Infects One in Six Americans

One in six Americans ages 14 to 49 have the sexually transmitted disease herpes, with an estimated 80 percent not even aware they are infected, according to the United States Centers for Disease Control and Prevention (CDC).

“While we acknowledge the successful declines in herpes, overall STD rates in the U.S. remain alarmingly high,” Dr. Ronald Valdiserri, deputy director of HIV, STD and tuberculosis prevention programs at the CDC said in a statement.

The health agency reported that more than 21 percent of women are infected compared with 11.5 percent of men. Those infected are two to three times more likely to contract HIV.

Herpes is a venereal disease that produces painful blistering on the genital or rectum area. Although these sores can be managed with medication, the incurable infection never leaves the body and can result in recurring outbreaks.

The CDC estimates there are 19 million new sexually transmitted disease infections every year in the United States, costing the healthcare system about $16 billion annually. 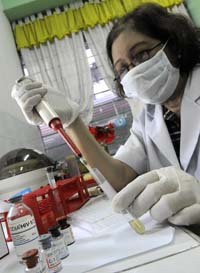 STDs: Immorality’s Plague
Reported cases of sexually transmitted diseases in America are at an all-time high. Preventive measures are not working. Can anything be done to curb the problem?