This website requires the use of Javascript to function correctly. Performance and usage will suffer if it remains disabled.
How to Enable Javascript
“Homegrown Terror” – Is this Canada’s Wake-Up Call?

Is this Canada’s Wake-Up Call?

With the arrest of 17 terrorist suspects, has Canada been given a wake-up call? If so, how will its government respond—and what does the future hold for the Canadian people? 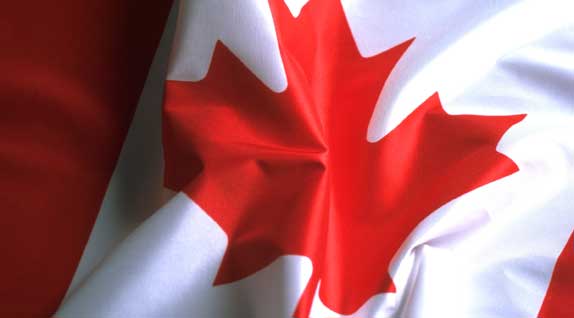 Since September 11, 2001, Canada has maintained, primarily for political reasons, a somewhat distant relationship with the U.S.-led war on terror. While certainly one of the first countries to assist the United States in the aftermath of that tragic day, Canada took a negative stance regarding the war in Iraq. Political tensions escalated to a point unseen for several decades between these two neighboring countries.

The fact that some of the previous terrorism aimed at the U.S., including the 9/11 attack, had at least some Canadian connection has remained primarily under the radar of most Canadians, at least until June 2, 2006.

Late that Friday evening and into the next morning, 400 officers led by the Royal Canadian Mounted Police’s (RCMP) anti-terrorism task force arrested 17 suspects, charging them with terrorism and related offenses. All the suspects are Muslim Canadians, five of whom are under 18 years of age. Most are from Toronto and neighboring cities, while two (who are already serving a sentence for attempting to smuggle arms into the U.S.) are from Kingston, about 250 kilometers/150 miles due east. Together, they represent a fairly typical Canadian demography: mostly middle-class, some university-educated, coming from families of professionals, with no previous criminal convictions.

Several attended the same mosque, where the oldest suspect, 43-year-old Qayyum Abdul Jamal, occasionally gave sermons—which, according to one report, were increasingly “filled with hate” toward Canada and advocated intolerance.

A director of the Mississauga Muslim Community Center said that Mr. Jamal once told an audience that “the Canadian Forces were going to Afghanistan to rape women” (Associated Press). Currently, Canada has approximately 2,300 troops there, primarily in the Kandahar region, to protect Afghan reconstruction efforts and to battle Taliban/al Qaeda insurgents.

As early as 2004, the Canadian Security Intelligence Service (CSIS), the nation’s intelligence agency, closely monitored the web surfing, Internet chat room and email activities among various members of the group. This led to warning the RCMP of a possible domestically-based terrorist threat. Continued surveillance by the RCMP and other law enforcement agencies eventually led to a sting operation. In it, undercover operatives offered the group three tons of ammonium nitrate, a readily available chemical used by the agricultural industry as fertilizer. One ton of ammonium nitrate was used to destroy the Alfred P. Murrah Federal Building in the 1995 Oklahoma City bombing, killing 168 people and injuring more than 800. During the sting, a harmless substance was delivered, and the arrests were made shortly thereafter.

Nine of the 17 have been charged with receiving training from a terrorist group; four have been charged with providing terrorist training; and six are also charged with intending to cause a deadly explosion. Possible targets mentioned in emails and other communication included the Toronto office of CSIS (adjacent to the CN Tower), as well as the Peace Tower, a section of the home of the Parliament of Canada, in Ottawa. Incredibly, part of the Ottawa plot included the storming of Parliament in an attempt to take members hostage, beheading Prime Minister Stephen Harper, and demanding the withdrawal of Canadian armed forces from Afghanistan.

While no direct connection has been made to al Qaeda, it is apparent that the Canadian terrorist suspects were inspired by and sympathized with jihadist ideology. However, some connection has been made to two men arrested in Georgia (U.S.A.), as well as other terrorist groups in the United States, Britain, Bangladesh, Bosnia, Denmark and Sweden. Authorities have stated that further arrests are possible.

Some Canadian journalists and analysts have commented that such an outrageous plot appears to be amateurish (and therefore of little concern). However, the terrorists involved in London’s July 2005 bombing, which killed and injured dozens, were also considered “non-professional.”

Of particular concern to some Canadians is that most of the suspects were born and/or reared in Canada from a young age. Yet, despite their upbringing, they were obviously susceptible to influence that apparently led them to plan an attack against what is presumably their country as well. Those who knew some of the suspects said there were noticeable differences in their personalities within the last two years. They became activists for the plight of Muslims worldwide and allegedly felt that Muslims were being targeted unfairly in Canada. The most notorious example is the Khadr family, which emigrated from Egypt in 1977—the father, a founder of al Qaeda, was killed and a son paralyzed in a gun battle in Pakistan in 2003; another son remains detained at Guantánamo Bay, for allegedly killing a U.S. soldier in 2002.

Socially, Canada has insisted on retaining somewhat of a naïve outlook: Sentiments such as “Canada is different; those sorts of things only happen in America” and “Everyone in the world should love Canada” are common, and have been for some time. Canada’s perception of itself as an open, socialist-liberal, peacekeeper-type nation is well founded and based primarily on the vision and long reign of Prime Minister Pierre Trudeau (1968-1979 and 1980-1984). Lax immigration policies and a strong tendency to promote and protect multiculturalism (or the immigrant’s original ethnicity) have been Canada’s rule of law for several decades now, if not since the beginning when the country chose to build on an English-French foundation.

Despite Canada’s multiculturalism and relatively relaxed approach, ethnically motivated reprisals are not unheard of. Following the arrests, mosques in Toronto were vandalized and Muslim leaders reportedly received threatening emails. Similar incidents occurred in the U.S. in the wake of 9/11. These discriminatory acts were taken against a whole group of people—but are far different from God’s approach, which only holds the perpetrator accountable for a crime committed (Ezek. 18:20).

KRT
Under the new media’s scrutiny: Friends and relatives of the suspects attempt to push past the media to get into the courtroom, as 15 of the 17 terror suspects appeared in provincial court in Brampton, Ontario.

Even after the sobering event of 9/11, Canada, like her Western counterparts, continues primarily to seek after pleasures and acquire more material possessions, giving little thought or concern to the country’s moral state and direction.

The Canadian government recently voted to keep its troops in Afghanistan at least until 2009 (some have suggested 2016). While the troops are there to eliminate Taliban and al Qaeda insurgents, incidents of injustice will occur—as they always do, particularly in a war—which will fuel the fire in Canadian mosques and cities.

Will this strengthen a Canadian conservative majority in the next election? If so, what next—will the CSIS begin to monitor the sermons of Muslim imams and other religious leaders?

Or will the next terrorist incident (whether in Canada, the United States or Britain), along with the ever-increasing number of body bags carrying Canadian soldiers from Afghanistan, generate an unprecedented anti-conservative, anti-American backlash such as we have never seen before, further fueled by a liberal mainstream media?

In any case, it matters very little. All are man’s attempts to treat the effects as opposed to the cause. Canada, Britain, the U.S. and other Western English-speaking nations are all headed for a punishment, a “time of trouble” that has never been seen before (Jer. 30:6-7, 11-15; Matt. 24:22), all caused by their neglect of a loving God and His Commandments, which they once knew! For more information, read our book America and Britain in Prophecy.

There is a pervasive desire among these nations to remain blind (Rev. 3:17)—naïve—keeping their heads in the sand and doing all they can to retain the status quo, hoping against hope that it remains. Yet it will not—and cannot. Jesus Christ prophesied that the end of the age, the time just prior to His Second Coming, would be similar to the days of Noah (Matthew 24:37-38), and that every thought of mankind would be evil (Genesis 6:5)—these verses describe much of the Canadian way of life!

Consider this quote from a Hamilton, Ontario resident following the arrest of the 17 suspects: “The thing that most worries me is how the government is going to capitalize on these arrests, if they’re going to fear-monger their way into restricting our civil liberties.”

There is more concern here about a “right” to live as one sees fit, as opposed to what is actually right—what God says!

Another quote admitted that these were dangerous times, but pleaded for Canada’s law enforcement agencies to work closely together to protect its citizens—again, relying on government for protection, as opposed to considering their own conduct (Isa. 59:3-8), changing it, and looking to God for protection.

God, the Great Creator of heaven and earth, has promised a way of escape for those He calls, and those who change their way of life. Take a moment to reflect. Take time to read the pages of this magazine and consider your next step carefully. Time is short!