This website requires the use of Javascript to function correctly. Performance and usage will suffer if it remains disabled.
How to Enable Javascript
Islamic State Violence Dents Taliban Claims of Safer Afghanistan 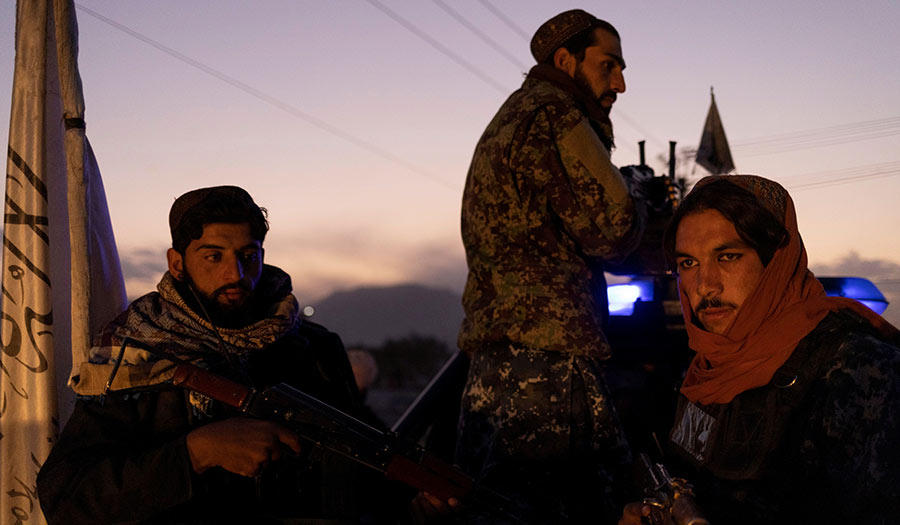 ISLAMABAD (Reuters) – Last month, the family of Mawlavi Ezzatullah, a member of Afghanistan’s Hizb-e Islami party, received a WhatsApp message from his phone: “We have slaughtered your Mawlavi Ezzat, come and collect his body.”

Ezzatullah’s killing, in the eastern province of Nangarhar, was one of a steady stream of assassinations and bombings that have undermined Taliban claims that they have brought greater security to Afghanistan after 40 years of war.

Victims have ranged from former security officials from the ousted government to journalists, civil society activists, mullahs, Taliban fighters and apparently random targets like Ezzatullah, whose family said he had no enemies they knew of.

The Taliban have said their victory has brought stability to Afghanistan, where thousands of people were killed in fighting between the group and Western-backed forces between 2001 and 2021 before the hardline Islamists emerged victorious.

But on just one day last week, pictures from Jalalabad—the provincial capital of Nangarhar—appeared online showing two bodies swinging from a rope. Residents also reported a mullah’s murder and video footage was circulated of a group of gunmen firing into a car, apparently killing its occupants, one of whom was identified by local journalists as a Taliban official.

Reuters was unable to verify the images and footage independently.

On Sunday, according to locals, three bodies were brought into a hospital in Jalalabad after a roadside bomb explosion that apparently targeted Taliban fighters in a pickup truck.

Later that day, gunmen shot a former Afghan army soldier in front of his house, killing him and two friends standing nearby.

The Taliban have downplayed such incidents, saying that after decades of war, it will take time for the country to be completely pacified.

“There are 34 provinces in the country and in a week, 20 cases will be prevented for every one that takes place,” said spokesman Bilal Karimi. “We have had 20 years of revolution and invasion and the level of these incidents will go down.”

Some former soldiers and intelligence officers from the ousted government blame members of the Taliban for targeting them since taking over. The group has promised there would be no reprisals, but accepts rogue fighters may have acted alone.

Many targeted killings remain unclaimed and some may be the result of local vendettas.

But others look at the result of increasingly open conflict between the Taliban and a local affiliate of Islamic State, a development which the new U.S. Special Representative for Afghanistan, Tom West, said on Monday was causing concern in Washington.

The militant jihadi group has claimed some of the deadliest attacks in Afghanistan in recent months in which hundreds of people have been killed, mainly in big cities.

“They are trying to undermine and discredit the Taliban Emirate. The Emirate promised security and they’re trying to show they can’t deliver it,” said Antonio Giustozzi, a specialist in jihadi groups from the Royal United Services Institute in London.

He said Islamic State, which he estimated to have around 4,000 fighters, had been carrying out a campaign of targeted killings since around the summer of 2020 and had continued since the Taliban victory in August on a “roughly comparable scale.”

For many going about their business, the violence feels particularly menacing.

“I have never been as terrified as I am now,” said a university professor in Nangarhar who has also worked as a journalist and who spoke on condition of anonymity for fear of being targeted. He described events in Nangarhar as “total chaos.”

The violence has fueled fears that Afghanistan could collapse into anarchy and even return to a new phase of civil war, creating a haven for militant groups to launch attacks in neighboring countries and the West.

“This is the scenario that has everyone worried,” said one Western official with long experience of the region.

Islamic State, which first appeared in Afghanistan in late 2014 and adopted the title Islamic State Khorasan after an ancient name for the region, has been trying to recover from a bruising series of defeats in 2018 and 2019.

The group has claimed a series of strikes against Shia mosques and other targets since the Taliban’s victory in August, most recently on the main military hospital in Kabul which killed at least 25 people.

Less commonly reported are frequent, smaller atrocities which have been taking place not only in Nangarhar, long a stronghold of Islamic State.

Areas affected include Ghazni in central Afghanistan, Herat in the west, Balkh in the north, and Paktia, Paktika and Khost in the southeast.

“The Taliban militia are lost in panic, they do not know how to conceal their shame,” an Islamic State video posted on the group’s Telegram channel on Sunday said, accusing the Taliban of being “Biden hirelings.”

As an insurgency, the Taliban proved an effective and cohesive fighting force. Keeping the peace in a country in crisis presents fresh challenges, including uniting different factions, values and norms within the movement.

Mr. Giustozzi, who wrote a book on Islamic State in Afghanistan, said the group, which had retreated into remote strongholds in the east and northeast of the country, was trying to hit the Taliban while the group is still grappling with the transition from insurgency to government.

“They know that if they allow the Taliban Emirate to consolidate, next spring the Taliban will move to destroy them,” he said.