This website requires the use of Javascript to function correctly. Performance and usage will suffer if it remains disabled.
How to Enable Javascript
Rethinking the Fourth of July

Rethinking the Fourth of July

Celebrating this Independence Day will require adjustments. So should our understanding of it. 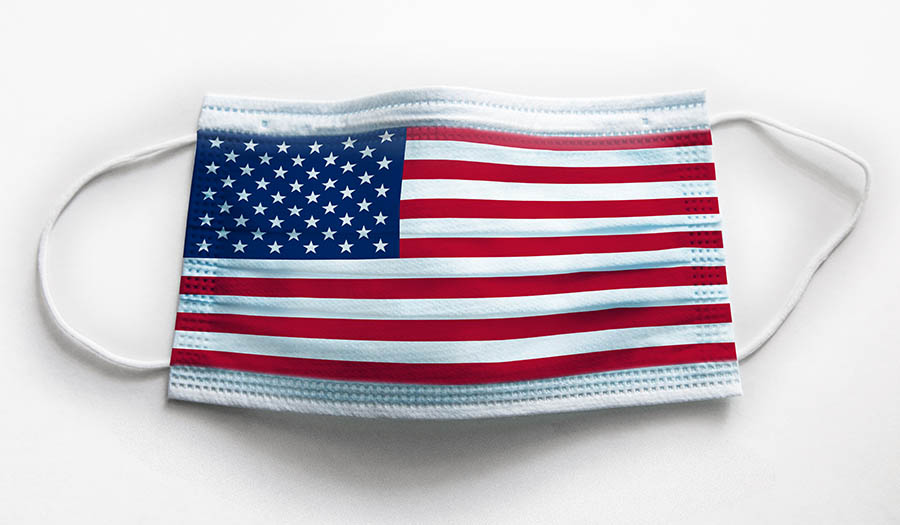 President Trump in April said that because of the coronavirus, this year’s event would likely have to be smaller than last year’s “Salute to America” on the National Mall that drew tens of thousands.

Members of Congress raised concerns in May of such an event this year. In their letter, the D.C.-area members wrote that “such an event would needlessly risk the health and safety of thousands of Americans.”

White House spokesman Judd Deere reiterated, “As President Trump has said, there will be an Independence Day celebration this year and it will have a different look than 2019 to ensure the health and safety of those attending…The American people have shown tremendous courage and spirit in the fight against this global pandemic just as our forefathers did in the fight to secure our independence, and both deserve celebration on America’s birthday this year.”

Regardless of how different July 4 celebrations will look in 2020, one thing is clear: they will be different from ever before. No sounds of iconic city fireworks to remind us of cannons and muskets. No mass gatherings to boost our patriotic pride. For over 100,000 families, a beloved national holiday now looks more like a day of mourning.

This unprecedented crisis is forcing America to rethink itself. To one degree or another, we are simply no longer as free to do as we please the way we were only a few months ago. Everyone has had to learn to sacrifice a little freedom.

America has demonstrated a willingness to go to great extents to preserve its freedoms throughout its history. Yet how often have we stopped to consider and recognize the Author of our freedoms?

Have we been too self-reliant and hardheaded about the reason for our blessings as a nation?

It is about time Americans start wiping their millions of dusty Bibles clean, and reading Haggai 1, verse 5: “Now therefore thus says the Lord of hosts; Consider your ways.”

God declares in Isaiah 1:3 that “My people does not consider.” Could that be speaking of America, or is it just someone else, somewhere else?

In chapter 5 of the same book, He describes how music and drinking are present in His people’s feasts (there is usually plenty of both in our July 4 bashes), “but they regard not the work of the Lord, neither consider the operation of His hands” (vs. 12).

What we do tend to consider in times like these is not even close to what God would have us consider. He says in Isaiah 55:8, “My thoughts are not your thoughts, neither are your ways My ways.”

This Fourth of July, as we face a time of adversity, we should rethink our blessings. It is wonderful to celebrate them, but it is time to give credit where credit is due.

Recognize that we have not heeded God’s clear warning in Deuteronomy 8, starting in verse 11: “Beware that you forget not the Lord your God, in not keeping His commandments…Lest when you have eaten and are full, and have built goodly houses, and dwelt therein; and when your herds and your flocks multiply, and your silver and your gold is multiplied, and all that you have is multiplied; then your heart be lifted up, and you forget the Lord your God…and you say in your heart, My power and the might of my hand has gotten me this wealth” (vs. 11-14, 17).

We now cover our mouths with face masks in public to help save lives. Maybe there is a bigger lesson in that. A loving God may be pointing us to what we should be doing in our hearts, spiritually.

Unless we want to argue with God about it, our own hands, power and might are not the source of our wealth and we are not the sole authors of our freedoms and blessings.

Continue reading in verse 18, “But you shall remember the Lord your God: for it is He that gives you power to get wealth, that He may establish His covenant which He swore unto your fathers, as it is this day.”

While America certainly fits the description of the passage, the “fathers” referenced in verse 18 are not America’s traditional Founding Fathers. Rather, these were its ancient forefathers, men with whom God made a specific covenant: Abraham, Isaac, and Jacob.

Genesis 48:13-20 documents an awesome blessing Jacob passed on to his grandchildren Ephraim and Manasseh. The one was prophesied to become the “greater…multitude of nations” and the other a “great” nation, respectively.

These two prophesied greatest nations in the history of mankind went on to eventually sever ties in 1776.

We should rethink what July 4 truly represents—historical proof that our Maker guides human affairs according to His will. He is the only source of America’s blessings and all our freedoms.

But America has hardly acknowledged and obeyed the real Source of its blessings and unmeasurable abundance. Instead it has largely credited itself for its last 244 years of prosperity.

God has an awesome future in store for America. What is described in Scripture exceeds the exuberance of a thousand Independence Days. Its greatest blessings—yet to be fulfilled in God’s ultimate Plan—will surpass anything the world has seen.

Yet America must first be willing to relearn and rethink from where its blessings truly come and what the God who blesses it says is the only possible way to get them back.

To learn how God foretold the destiny of the greatest nations as a precursor to His ultimate purpose and blessing for all peoples, read America and Britain in Prophecy by David C. Pack.