This website requires the use of Javascript to function correctly. Performance and usage will suffer if it remains disabled.
How to Enable Javascript
Redefining Sex

Experts have noted a steep decline in sexual intercourse over recent years. What does this trend reveal about society? 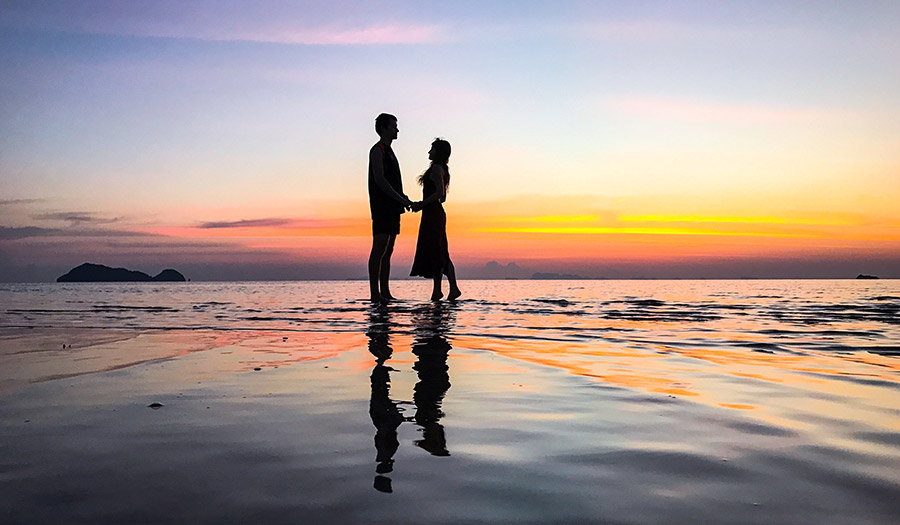 Be fruitful, and multiply.” Many recognize this expression from the Bible, which has remarkably much to say about sex. The timing of this command is just as revealing. It was said when people were fewest in number.

The first two human beings heard it in the Garden of Eden and, much later, so did the eight survivors of the Flood after they walked off Noah’s ark.

God’s instructions were purposeful and clear. Male and female should have intercourse to increase exponentially and ensure mankind’s existence.

But this staggering number of people conceals something troublesome. Men and women are not copulating anymore. At least not as much. And what has demographers most on edge is the younger generation choosing celibacy.

According to the United States Centers for Disease Control and Prevention, at the beginning of the 21st century, 73 percent of adults between 18 and 30 in the United States were sexually intimate twice a month. This plummeted to 66 percent by 2016. Birthrates also continue to decline. The CDC reported that the number of births in the U.S. dropped another 2 percent between 2016 and 2017 to 60.2 births per 1,000 women ages 15 to 44. The birthrate decline generally began with the Great Recession of 2008 and has never recovered. This resulted in 2018 having the nation’s lowest number of births in 32 years.

This trend is not solely related to people having less sex, but it is clearly related.

Anthropologist Helen Fisher, who works for the dating site Match.com, readily admitted, “The data is that people are having less sex.” She was quoted in a comprehensive article in The Atlantic magazine in early 2019 on the decline of sex.

“I’m a Baby Boomer, and apparently in my day we were having a lot more sex than they are today!” A survey conducted by Match.com has been gathering statistics on people’s sex lives for eight years. “Every year the whole Match company is rather staggered at how little sex Americans are having—including the Millennials.”

People having less sex is not all bad, especially when including those who are too young and unmarried. The Bible speaks to both these subjects as well.

Yet it is the changing view of sex that is most alarming. Fewer young people having sex today could be an early indicator of future generations rejecting physical intimacy altogether. A decline in human offspring would be the natural result.

With famine, disease, war and suffering practically unavoidable in this world, a strong case could be made that fewer mouths to feed, bodies to heal, and people to oppress is a positive outcome to more people having less sex. This sex recession, as some are now calling it, does mean fewer miscarriages, abortions, birth defects and STDs.

Those who believe the Bible’s authority must follow God’s command to procreate and populate the Earth. Did God overlook other elements of sex and sexuality?

All sorts of reasons have been posited for the drop in sexual activity: people marrying at later ages, more women in the workforce, less time for personal relationships, Millennials living with their parents at later ages, sex education and the resulting prevalence of abstinence, and even people recognizing the perils of hookup culture.

Yet others are substituting traditional intercourse with other means of sexual gratification. Until fairly recently, most of these were seen as fringe and disreputable.

Pornography is now mainstream. Called “prostitution for mass consumption,” its pervasiveness on the internet and social media prove it has reached a level of normalcy particularly with a generation who have never known a time before the internet.

Pornographic images shape the attitudes, beliefs and eventually behaviors of its users. Like a drug, viewing it directs the release of chemicals in the brain tied to dependency. Its ease of access means millions of people are “overdosing” daily on virtual sex and abandoning the conventional—and real—kind.

Because large elements of society doggedly maintain the innocence of viewing pornography, such inordinate cravings are written off as meaningless. But it is clearly not harmless.

Many experts, even outside old-fashioned and religious circles, are admitting that pornography use is problematic. Its proliferation is directly tied to decreased sexual satisfaction, warped views of intercourse, loneliness and divorce. Pornography stretches the limits of human imagination to a point where a live partner cannot match augmented reality.

The result? Sexual satisfaction is pushed into dark places. Once no longer connected to intimacy, unleashed sexual cravings give rise to odd behaviors and fetishes. These include child pornography, bestiality, sex with robots and other manmade devices, human trafficking, prostitution and rape.

Yet the core problem of separating intimacy from sex can be harder to see and admit because the vast majority only draw the line at outlandish criminal behavior.

Physiologically speaking, not much is required for a sexual experience beside visual and physical stimuli. Both these are available between husband and wife—yet more and more pursue other means.

Myriad alternatives have reduced sex to a solo endeavor. A loving, committed relationship is not a requirement for the pinnacle of pleasure. And we are at the point where neither is another human being. Gone are the days when individuals merely sought other individuals for spousal relations outside holy matrimony. Now, all options are on the table.

A more accurate way to view the statistic of “fewer people having sex” is fewer people are having intercourse with other people. People are still experiencing “sex,” just by themselves.

In the Bible, a long list of descriptors was attached to a period called “the last days.” As you read the list, try to honestly conclude it is not a glimpse of modern society: “This know also, that in the last days perilous times shall come. For men shall be lovers of their own selves, covetous, boasters, proud, blasphemers, disobedient to parents, unthankful, unholy, without natural affection, trucebreakers, false accusers, incontinent, fierce, despisers of those that are good, traitors, heady, highminded [conceited], lovers of pleasures more than lovers of God” (II Tim. 3:1-4).

Three descriptors on this list of malevolent traits should jump off the page in relation to a decrease in sex. Can you spot them?

What better way to describe a person seeking to replace sexual relations with another human being than being a “lover of self.” You can throw in being “without natural affection” and a “lover of pleasures more than a lover of God,” who created and defined reproduction in the first place.

All three behaviors, and really the entire list, point to a common trait—selfishness. Self-centeredness is the reason mankind is distancing itself from the original purpose for sex.

God did not say “have sex and enjoy it.” On the contrary, His command to “be fruitful and multiply” appears to narrow the purpose of sex to simply having children.

Yet sex is undoubtedly enjoyable. Are the purposes of human reproduction and enjoyment completely unrelated? And if sex can be expanded beyond reproduction, are there any other God-ordained purposes for it?

Comparing human beings to their animal counterparts reveals more on the subject.

Both human beings and animals are similar in that male and female come together for reproduction. Animals, in essence, were to also be fruitful and multiply. However, the impetus for doing so is built on two fundamentally different premises. Sex in the animal world is entirely about reproduction and is built completely on instinct.

Animals come together when the female is in estrus or “in heat”—an instinctive mode during which the female attracts the male counterpart. Outside these precise times, animal sex organs are generally dormant. For perspective, a female dog is only in heat twice per year (with some variation based on the breed).

Human beings are different. One distinction is that women can become pregnant year-around (outside brief periods related to ovulation). Also, women are capable of sex at all times, not just when “in heat.”

Understanding these characteristics shows that procreation is only one important purpose of sex for humans—not its sole purpose. Pleasure is an additional and equally important outcome.

Human beings were mentally and anatomically designed to enjoy sex. This part is not surprising. In fact, this distinction drives many of the selfish approaches people take to sex in today’s society.

What is less understood is that the enjoyment that accompanies sex is reciprocal—not one-sided. A one-sided enjoyment of sex is incomplete. The experience is maximized when it is part of a committed, meaningful relationship.

This is where being fruitful and multiplying comes back into focus.

Just as it takes two human beings to have a child, intercourse was meant to be shared with another person and in a committed marriage relationship. This, of course, is the ideal environment in which to care for a child that comes as a result. In all cases, sex was meant for two.

And not just for two people to seek enjoyment. It is a unique opportunity to give enjoyment—the greater purpose of intercourse. This is the exact opposite of how most view it. When people seek to please themselves, as is the norm in today’s society, human companionship is temporary and increasingly optional.

Understand the true purpose of sex. It requires another person and is a show of outgoing concern. It strengthens the marriage relationship. This was God’s intent and what He fully meant when He said to “be fruitful, and multiply.”

The Bible has much more to say about sex and relationships, including even greater purposes not discussed in this article.

To learn more, read our comprehensive book Sex – Its Unknown Dimension. Using science and the Bible, it brings a much greater understanding to God’s purpose for sexual relations.