This website requires the use of Javascript to function correctly. Performance and usage will suffer if it remains disabled.
How to Enable Javascript
We Must Hit Reset on How Women Are Treated

We Must Hit Reset on How Women Are Treated

To truly address sexual harassment and mistreatment of women, society needs to get back to the basics. 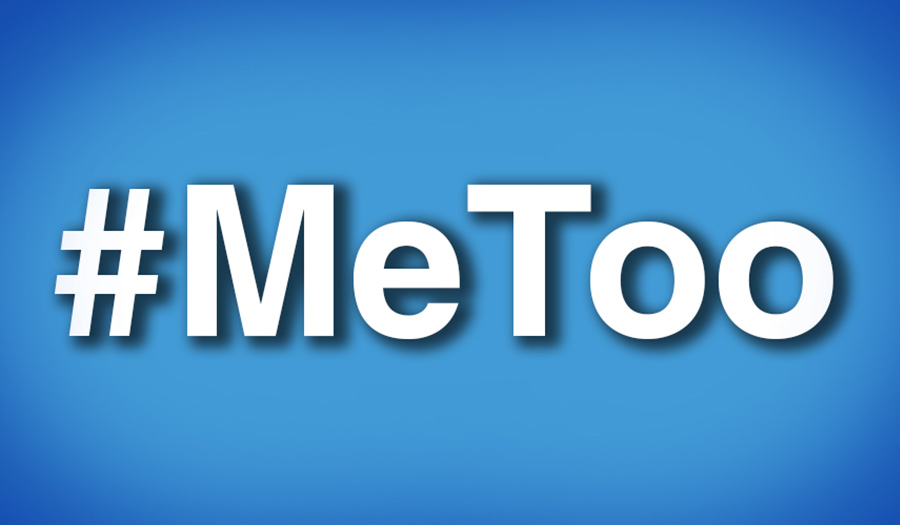 #MeToo. Just seeing those words elicits a myriad of responses. On its face, the Twitter hashtag intends to demonstrate the pervasive nature of prejudice against and mistreatment of women.

The movement, which was popularized last October after a Hollywood mogul was accused of serial sexual harassment and assault, has prompted many to voice what they have endured. It brought out a bevy of accounts of lewd catcalls, misogyny in the workplace, groping on the subway—and worse.

The hope is that, if enough women make their voices heard, they can finally effect real, lasting change.

For men, #MeToo is often tougher to grasp. There are the incredulous: “Do women really get harassed that often?” The defensive: “Not all men are like that!” The introspective: “Am I part of the problem?”

Yet the deluge of first-person accounts and news stories of harassment and maltreatment of women proves there is a problem. Whether a person believes every story, feels women share part of the blame, or has never witnessed harassment himself is beside the point.

We as a society must take a long, hard look at ourselves. We need to ask difficult questions: Why is this occurring? How did we get here?

First, most men are never taught how they should treat women and vice versa. Most learn how to interact with the opposite sex from movies, television and music—probably the worst role models possible.

Pornography plays an even more diabolical part in the development of boys. Women are treated as sexual objects with little or no say with what goes on.

While pornography and hypersexualized entertainment have a clearly damaging effect, historic norms also take a central role. Perhaps the most significant driver of a society’s views on women is religion. For the United States and most of the West that would be Christianity and the Bible.

Scripture is sometimes seen as the main cause of problems between the sexes. It is viewed as deeply male-centric and misogynistic—with men as iron-fist rulers and women as passive baby-makers. But this is a misrepresentation!

Because the Bible has historically informed how masculinity and femininity have been viewed in the United States, it is the only place to start to understand where we are today—and how we can hit reset on how women are treated.

When today’s wrong thinking is cleared away, Scripture provides clear guidelines on how women and men should interact.

The first woman is introduced in the Bible’s first chapter: “So God created man in His own image, in the image of God created He him; male and female created He them” (Gen. 1:27).

Notice that God created both male and female—men and women. While God initially made Adam (the first man), he was incomplete until Eve (the first woman) was created. The Creator made two sexes that were very different physically. Yet they were compatible and complemented one another.

Realize that physical differences do not mean women are of lesser value or potential. Women and men are equal in worth and significance—yet to insist they are exactly the same is folly. They need one another. The most obvious way this is exhibited is that it takes both sexes to have children.

Some trip up over Genesis 3:16, where it says that a wife should be subject to her husband who “shall rule over you.”

This command is expanded upon in Ephesians: “Wives, submit yourselves unto your own husbands, as unto the Lord” (5:22).

Before drawing any conclusions, note the standard for husbands: “Husbands, love your wives, even as Christ also loved the church, and gave Himself for it” (vs. 25).

Clearly, Scripture defines the marital relationship as one where both sides give of themselves to fulfill what God requires of them.

Women of the Bible

History has its fair share of women who held vital roles in pivotal times. Some are towering figures in the Bible.

One remarkable woman is found in the book of Judges. At a point, God used Deborah to judge ancient Israel. She was able to encourage a man named Barak to lead a battle against a ruthless Canaanite army that had held Israel captive for 20 years.

Here, the future of a nation rested in the hands of a woman. Her actions led to Israel being delivered.

Centuries later lived a woman named Esther. This time, Israelites were in captivity under the Persian Empire. Esther was a Jewish woman who was chosen to become queen, although her heritage was not known to the king. A man named Haman, who had a hatred of Jews, was promoted over all the land’s princes. He convinced the king to have the Jews exterminated.

When Esther learned of this, she sent word through the kingdom for all Jews to fast for three days, after which she would present herself to the king. Her appearance before the king could well have been a death sentence for her. It was punishable by death to do so without an invitation, unless the king acknowledged the person by holding out his golden scepter.

After the fast, she carried out her plan. Esther 5:3-4 records the event. Her entrance was successful—the king held the scepter and asked, “What will you, Queen Esther? And what is your request? It shall be even given you to the half of the kingdom.”

From that point on, her boldness led to the eventual unraveling of Haman’s genocidal plot and the Jews’ deliverance.

Many other notable women could be cited from the Bible including Sarah, Rebekah, Miriam, Rahab, Ruth, Hilkiah, Huldah, Hannah, Anna, Mary Magdalene, Martha, Phebe and Priscilla.

These women had characteristics that the Bible promotes for women, which are summarized in the last chapter of Proverbs: hardworking (31:13-15), health-conscious (vs. 17), assertive when necessary (vs. 18), and elegant (vs. 22).

No single section of the Bible addresses men as directly as Proverbs 31 addresses women. The chapter is well worth the read for anyone interested in what God had in mind when He designed women.

There is no indication in the Bible of women taking a back seat to men!

Women are clearly not inferior to men in God’s eyes. Notice how Jesus Christ honored a woman named Mary who anointed Him with a costly ointment prior to His death, saying, “Wheresoever this gospel shall be preached in the whole world, there shall also this, that this woman has done, be told for a memorial of her.”

The deed of this remarkable woman is memorialized for all time in the pages of the Bible. Yet that was not the only time such an honor was bestowed on a female. After Jesus was resurrected, He chose to first appear to a woman (John 20:11-18).

Let’s return to when the first woman was introduced in Genesis 1: “So God created man in His own image, in the image of God created He him; male and female created He them” (vs. 27).

Verses 24-25 of the same chapter describe how God made every creature after its “kind,” or species. But in verse 25 something changes. “And God said, Let Us make man [human beings] in Our image, after Our likeness…”

Many fascinating points emerge from the last statement. First, come to grips with who the first man and woman would have looked like—God! In fact, who else could they resemble? They had no grandparents or parents to draw genes from.

Second, just as sunflower seeds become beautiful plants, and colts have DNA within themselves to grow into majestic horses, each man and woman—from Adam and Eve to the estimated 130 million babies born each day—was created with the potential to ultimately become something vastly greater.

Depending on where you are from, your upbringing, culture, political inclination, experience, etc., you may have a unique view, or perhaps stereotype of women. But when God looks at a woman, He sees a being made in His image and likeness, of His own species, and far more. When properly understood, He sees a being with a staggering potential beyond the physical realm. The same goes for men. (Order our free book The Awesome Potential of Man to learn more about why God created you.)

God loves women just as much as He loves men. That is why there are about the same amount of each sex worldwide.

After all, without women, none of us would be here.

For more on how God wants men and women to interact, read our popular books Dating and Courtship – God’s Way and Sex – Its Unknown Dimension. 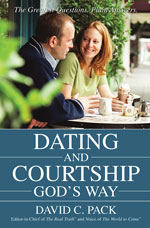