This website requires the use of Javascript to function correctly. Performance and usage will suffer if it remains disabled.
How to Enable Javascript
Two Keys to Success! 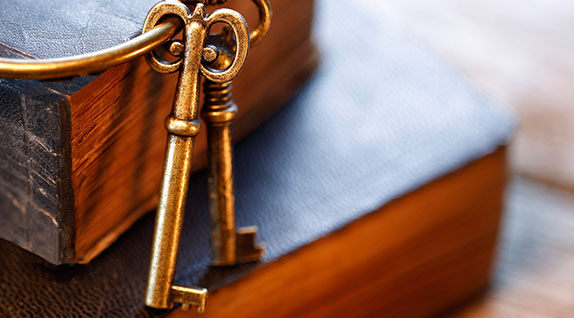 Everyone wants to be considered successful, and to be successful. Yet most have no idea how to achieve success. And they are not sure how to recognize it if they see it—either in themselves or in others. Supposed “higher” education has never taught it. Nor have most understood that there are basic, specific laws that must be employed to reach it.

Just what is success? So many seek it, having never defined it. As a result, very few people ever really achieve true success. And most never actually sit down and try to analyze the reasons for their failures. While many are certainly capable of recognizing that they have failed—they cannot explain why!

Though some might feel they are destined to fail, this is not true. Men and women of all ages can achieve success. Yet they must understand and practice the right formula—and only after they understand exactly what they are trying to achieve!

Many believe that success involves achieving a certain amount of wealth. Their only purpose for being is to accumulate money and material goods. The goal is to see who can die with the most toys. They seem to believe that only by having a significant “net worth” (and many possessions) can they say that they have “arrived.” Yet these same people never find true happiness at the end of the “money rainbow.”

Others come to believe that success is a reflection of how much power they have. It is as though the measure of their lives is counted by their influence over people, events or even economic, governmental or world affairs. Such people usually have controlling personalities. To them, success is how much—or how many—they control. Generally speaking, these people are more miserable than those who seek wealth. And they often make others around them even more miserable than themselves. They usually live in fear of losing their power.

Still others hope to achieve fame. These people are often driven by a need to be known. The more who are aware of their name, the better. They seek to possess name recognition. Of course, everyone would love to enjoy at least their 15 minutes of fame.

But not everyone believes that fame equals success. And those who are famous represent probably the most miserable “success” category.

In every case, the people who appear to have achieved success have gained a certain level of status. Whether that success involves wealth, power and influence, or fame, a certain status in comparison to others has been reached. In other words, success involved elevating oneself above others.

Very few are considered to be a success without having obtained one or more of these commonly described elements of status.

Think for a moment! And be honest. How many people can you think of who you consider truly successful, but who do not fit into one of these categories?

The general assumption is that success is largely a byproduct of one’s natural ability. It is as though “you have it or you don’t.” Most think they have little control over their own success or failure. They have been programmed by common assumptions to believe that they cannot do much to change their level of achievement in life.

Is this true? Is success or failure entirely connected to talents one is born with?

I have hired many people, and fired a few. For some years, I owned a successful company. I inherited a small chain of retail stores from my parents, and we continually sought hired help. I found that only a certain few worked hard, while others did not. Past a point, their success or failure seemed to have little to do with ability or talent. I learned that people’s success was far more connected to the desire to produce, learn, grow and achieve than any other reason.

At the same time, I found that virtually all who did not succeed could have—if they had known and applied the laws to success. I came to realize that people fail by choice, not by inherited traits, meaning their genetics. I learned that people have far more control over the direction of their lives than they realize, or are willing to admit.

Sadly, however, most languish believing there is little or nothing they can do to achieve the success they long for. Yet you can be different!

Few things are as easy as they seem. Recognize that things can go wrong, or can be harder and more complex than initially anticipated.

Often, one has to sit down and think through how to best tackle unexpected obstacles and hurdles that appear on the path to success. Invariably, there are so many of these in life that a wise person trains himself to expect the unexpected.

While it is important to anticipate unexpected roadblocks in your quest to achieve, it is not nearly as important as demonstrating the resourcefulness to surmount them. This is the first principle for success. Whatever obstacles fall across your path must be addressed and resolved. This takes determination and the willingness to think through alternatives—various possible solutions—that can be applied so that you can progress toward your goal.

If life was always easy, and if the path was always smooth sailing, achieving success would be relatively easy. Yet life is not like this. Unanticipated problems, difficulties, pitfalls and resistance require constant resourcefulness for one to succeed.

You must carefully train yourself to remain calm in crisis. Panic accomplishes nothing, except to panic others around you and waste time. I learned long ago that fretting, worrying and panicking never removed the obstacle that I was facing. It did not change or even diminish it. This reaction merely delayed me, often causing loss of precious time that could have been spent traveling toward the next obstacle, had I employed resourcefulness immediately after spotting whatever problem confronted me.

My Uncle Frank, my mother’s younger brother, was one of the most astute men I have ever known. During his 30-year tenure with Encyclopaedia Britannica, he wrote or guided all of their best ads, and his leadership multiplied sales several times over by a great many millions of dollars. He was also an accomplished Lincoln, Custer and Civil War historian, and strategist. He was a very successful man who possessed a great imagination. I have sought to copy him since I was a small child.

It was a combination of all of the above qualities that enabled him to once tell me: “David, you must always out-think your opponents.”

The first time he said this to me, I did not really grasp how important this principle was. In time, I began to realize it was virtually all-important. I came to realize that most people do not do this—and have never been taught to do it.

Opponents are not always people. Every problem, difficulty, resistance, hurdle and roadblock that you face is, in a sense, an opponent. Determine to out-think them! Look each one in the eye and say, “It’s you or me, friend—and it’s not going to be me!”

Practice this and you will get better at it. It will become more natural. Eventually, you will even find yourself thriving on it, enjoying the challenge of defeating enemies that want to defeat you. The “thrill of victory” will begin to regularly replace the “agony of defeat.”

Applying calm, careful reasoning to problems that you face will help you achieve true success!

The second principle for success is perseverance. To habitually practice resourcefulness, one will almost automatically find himself on the edge of practicing perseverance. These two qualities go hand-in-hand.

Enjoying the sweet taste of success comes at a price. Unfortunately, most are not willing to pay it. As with a person choosing to buy a particular watch, and then finding that it is too expensive—even though it is the one carefully chosen and desired—most will simply settle for a cheaper watch. They are unwilling to save for the purchase because they do not want to “pay the price.” They accept something less when they did not need to.

Achieving success requires sticking to the goal. It requires perseverance, sometimes called stick-to-it-iveness. Winston Churchill admonished World War II Great Britain to “never, never, never give up.” With the help of other Allied forces, they went on to victory against Adolf Hitler and the Axis powers—changing the entire course of world history. I have often thought that this great statesman’s inspiring stir-to-action speech, in which he explained that the British would, to paraphrase, “Fight them in the air, fight them in the fields, fight them in the cities, and fight them on the beaches,” was one of the most remarkable examples of perseverance and continuous, undying courage that I have ever seen. An entire generation may have turned and survived on this single man’s words!

As a child, I was never allowed to be a “quitter.” While my father usually let me choose certain sports, hobbies or school coursework, he never allowed me to quit after I made my choice. That was out of the question—unthinkable to him.

As a result, the thought of quitting or giving up is one of the most repugnant things I can think of. I am enormously grateful for having been forced (for I would not have naturally chosen this way) by my father, and additional circumstances later in life, to practice perseverance in the face of resistance.

If, upon facing a trial or opposition, one is resourceful one, two or three times, and then gives up—quits—resourcefulness was not enough to ensure success. Stick-to-it-iveness—perseverance— is necessary. Understand that you must press on—and on—and on!

Train yourself to be repulsed at the very idea of quitting. Train yourself to be ashamed and embarrassed at just the thought of it. Tell yourself that whatever options may be at your disposal, quitting is not one of them, as long as you have established the right goal. The last thing you must ever allow to creep into your mind is to neglect the vital law of perseverance, which requires patient continuance toward your objective.

Incessantly, relentlessly, persistently and continually stick to your goal! Never give up! Never become a quitter! Never throw in the towel!

The two keys of resourcefulness and perseverance can help you achieve a happier, more fulfilling life. Yet there are also many other aspects of character that are generally considered to be virtuous qualities.

For example, one must be courteous, loyal, hardworking, honest, always on time, dependable, patient and much more to have any hope of being successful in the world.

Even these, however, are not enough to truly be successful. To do so, you must follow the laws to success.

In total, there are seven laws to success. Each is a crucial building block to help you accomplish your goals. These can be found in my informative and eye-opening free booklet The Laws to Success.

When diligently applied, these laws will provide the formula for lasting success in your life!