This website requires the use of Javascript to function correctly. Performance and usage will suffer if it remains disabled.
How to Enable Javascript
What Did Jesus Say About Evolution?

What Did Jesus Say About Evolution?

Did man evolve? Or is he a created being? This debate has raged for years, and has left many Bible readers confused. Yet God’s Word is clear on the subject. 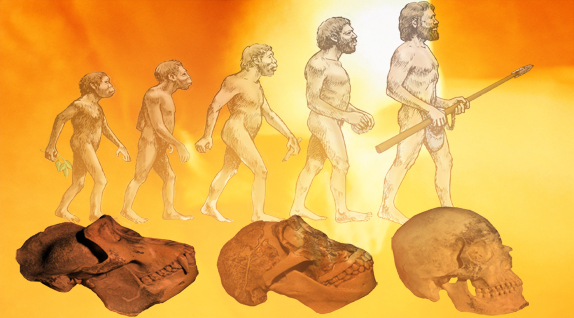 Meet Ardi. She was featured on the July 2010 National Geographic cover. According to scientists, this 4-million-year-old female, Ardipithecus Ramidus (Ardi for short), is the oldest hominid skeleton—a look back in time along mankind’s “evolutionary road.” The previous year, the magazine published an article on Ardi that boasted, “Move over, Lucy. And kiss the missing link goodbye.”

At the time, Science magazine proclaimed the find the “Breakthrough of the Year.” Other publications produced detailed drawings of Ardi, how she looked and might have lived.

But there is disagreement in the scientific community. Was Ardi an early human or just an extinct ape? Primatologist Esteban Sarmiento questioned Ardi as a human ancestor in a comment in Science: “Molecular and anatomical studies rather suggest that [Ardi] predates the human/African ape divergence”—which supposedly occurred 3 to 5 million years ago.

Creationists bring even more criticism, reasoning there is not a complete skeleton of the hominid, and what has been found does not give enough detail to create artistic illustrations and extrapolations by scientists about how the creature lived. Thus, they claim, the scientific community is grasping at evolutionary straws to fit their hypothesis Ardi is the missing link.

Caught in the midst of this battle are Christians. They pick up their bibles and understand the account in Genesis: six days of Creation, and on the seventh, God rested. Yet leading scientific minds say mankind evolved—with this idea almost universally accepted, with numerous scientific articles having been written to support it.

So which is it? Does the Bible support a literal seven-day Creation or an evolutionary record?

In an effort to satisfy both sides of the debate, some try to merge the theory of evolution with the existence of a Creator God—devising a kind of “happy medium” position. This is often termed theistic evolution.

The book The Creation-Evolution Controversy defines this thinking: “…theistic evolution contends that abiogenesis (the spontaneous formation of life from chemicals) and evolution (amoeba to man through eons) have occurred, but a creator was instrumental in forming the initial matter and laws, and more or less guided the whole process.”

Theistic evolutionists believe God created the physical universe and all life found within it, but that biological evolution is a natural process within that creation. Simply put, they believe the God of the Bible did not create man directly, but rather created the matter and then guided the process of traditional evolution.

According to this view, the fossil record is proof of evolution—yet, since life is too complicated to have happened by itself, God must be behind it all. In a sense, it teaches that evolution is simply a tool God used to develop single-cell organisms into complex human life.

On the surface, this sounds plausible. One might even reason, God is infinitely powerful. Why couldn’t He use evolution if He wished or wanted?

The best way to address this question is by examining the text of the Bible to see what God Himself has to say on the matter.

The book of Genesis states, “In the beginning God created the heaven[s] and the earth” (1:1).

In another place the Bible declares, “By the Word of the Lord were the heavens made; and all the host of them by the breath of His mouth…Let all the earth fear the Lord…For He spoke, and it was done; He commanded, and it [the earth] stood fast” (Psa. 33:6, 8-9).

The Bible also records, “God created man in His own image, in the image of God created He him; male and female created He them” (Gen. 1:27) and, “The Lord God formed man of the dust of the ground, and breathed into his nostrils the breath of life; and man became a living soul” (2:7).

Taken at face value, this account shows man did not evolve from lower life forms—he is a created being, made in the image and likeness of his Creator. He did not come from some primate that gradually “evolved” into man over eons of time. Rather, Genesis 1:31 states God created him at a specific point in time—within the finite period of the sixth day.

Here lies the problem with any form of theistic evolution. If the Creation account of Genesis—including Adam and Eve’s creation—was not a literal event that actually occurred—then it must be merely a metaphor, allegory or nice story. If this is true, then how many other biblical accounts are similarly fictional—including accounts of Jesus’ own life?

For some, the only way to settle this matter conclusively would be for Jesus Christ to appear and set the record straight. While this is not possible now, realize the Bible is filled with three-quarters of a million of God’s words, which each demonstrate His thinking on a host of subjects.

While the word evolution is not found anywhere in the Bible, a careful reader can understand the mind of God on the matter. In fact, during His ministry on Earth, Christ did comment on the authenticity of the Genesis Creation account.

Some 4,000 years after the recorded events of Genesis, Jesus stated of God, “Your Word is truth” (John 17:17). This is a reference to the books of the Old Testament, including Genesis. He called that record true—the truth!

Read the last part again: “All things”—including Adam and Eve—“were made by Him; and without Him was not anything made that was made.”

God’s Word is either true or it is not!

Jesus confirmed the Genesis account in a confrontation with the Pharisees, the established religious leaders of the time, and certain other leading Jews. The Pharisees claimed they descended from Abraham—and Jesus did not disagree, saying, “I know that you are Abraham’s seed” (John 8:37). Christ acknowledged that this patriarch did exist, and by extension that his life story, recorded in Genesis, was not just a metaphor.

But Jesus went further. Although He recognized the Pharisees descended from Abraham, Christ stated that they did not do the “works of Abraham” (John 8:39), but were of “their father, the devil.” The account states, “You are of your father the devil, and the lusts of your father you will do. He was a murderer from the beginning...” (vs. 44). Lost to most Bible readers is that Christ is actually validating the Creation account in His reference to Satan.

Jesus’ reference to Satan being a murderer from the beginning describes an event that happened in the Garden of Eden very shortly after Adam and Eve’s creation. Satan, in the guise of a serpent, deceived Eve into eating from the tree of the knowledge of good and evil (Gen. 3:1-6). Adam followed Eve and ate also. God had told Adam and Eve that if they ate from it, they would die (Gen. 2:17)—and they did (Gen. 5:5).

With this cunning act, Satan in a sense murdered the first human beings—making him a murderer from the beginning. Jesus was not confused or in doubt as to whether this event happened. He used it in declaring the source of the motives of those who sought to kill Him (John 8:40, 59).

Think. Why would one of God’s first-century servants have recorded this genealogy if Adam was never created, but had evolved? Also note that Adam was referred to as the “son of God,” meaning he was “formed.” Remember, God’s Word is true (John 17:17).

What about other people recorded in Genesis? Did Jesus reference—validate—them?

First, notice Abel—Adam and Eve’s second son: “That upon you may come all the righteous blood shed upon the earth, from the blood of righteous Abel unto the blood of Zacharias son of Barachias” (Matt. 23:35).

Jesus also mentioned Noah: “And as it was in the days of Noah, so shall it be also in the days of the Son of man. They did eat, they drank, they married wives, they were given in marriage, until the day that Noah entered into the ark, and the flood came, and destroyed them all” (Luke 17:26-27). Also see Matthew 24:37-39.

Additionally, note this reference to Lot: “Likewise also as it was in the days of Lot; they did eat, they drank, they bought, they sold, they planted, they built; but the same day that Lot went out of Sodom it rained fire and brimstone from heaven, and destroyed them all” (Luke 17:28-29).

The apostles Peter, Paul, John and Jude all reference events from the book of Genesis. Did they stretch the truth to prove a point, using fictional stories or allegories? Or did they hearken back to real people and events recorded in the inspired Word of God?

Peter referenced Noah, Lot, Sodom and Gomorrah—which are all people and places recorded in Genesis! Notice: “Which sometime were disobedient, when once the longsuffering of God waited in the days of Noah, while the ark was a preparing, wherein few, that is, eight souls were saved by water” (I Pet. 3:20).

He mentioned them again in II Peter 2:5-7: “And spared not the old world [the ancient world in which Adam, Eve, Cain, Abel, Enoch and others lived], but saved Noah the eighth person, a preacher of righteousness, bringing in the flood upon the world of the ungodly; and turning the cities of Sodom and Gomorrah into ashes condemned them with an overthrow, making them an ensample unto those that after should live ungodly; and delivered just Lot, vexed with the filthy conversation of the wicked.”

Paul directly mentions Adam throughout his epistles: “For Adam was first formed, then Eve” (I Tim. 2:13-15). “Nevertheless death reigned from Adam to Moses” (Rom. 5:14). “For as in Adam all die, even so in Christ shall all be made alive” (I Cor. 15:22). These verses plainly endorse the Creation account!

John wrote of Cain and Abel: “Not as Cain, who was of that wicked one, and slew his brother [Abel]. And wherefore slew he him? Because his own works were evil, and his brother’s righteous” (I John 3:12).

Jude, Jesus Christ’s brother, also confirmed the existence of Cain, Enoch (Noah’s great grandfather) and Adam: “Woe unto them! for they have gone in the way of Cain” (Jude 11), and “Enoch also, the seventh from Adam, prophesied of these, saying, Behold, the Lord comes with ten thousands of His saints” (vs. 14). Here yet again is a New Testament servant referring to—and thereby validating—events of the Old Testament!

When presented with proof of the validity of Genesis and of the Creation—not by evolutionary processes, but by a God who brought mankind into existence as wholly complete human beings—you must either accept the Bible for what it says or reject it completely.

King Solomon recorded in Proverbs that “every Word of God is pure…” (30:5). Christ further taught that man should live by “…every Word that proceeds out of the mouth of God” (Matt. 4:4). “Every Word”—Old Testament or New—means every word, including those of the book of Genesis.

This is an all or nothing proposition—there is no middle ground to stand on. Either you believe every word, or you might as well throw out the entire Bible!

The position that God did not create Adam—that he did not exist—makes Paul, John, Peter, Jude, even Jesus Christ, into liars.

You are left with a choice. Will you believe the biblical record? 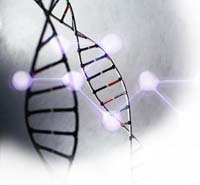