This website requires the use of Javascript to function correctly. Performance and usage will suffer if it remains disabled.
How to Enable Javascript
Profile: Stephen Harper – Prime Minister of Canada

Once referred to as a “warrior in power,” what do Mr. Harper’s conservative ideals mean for Canada? 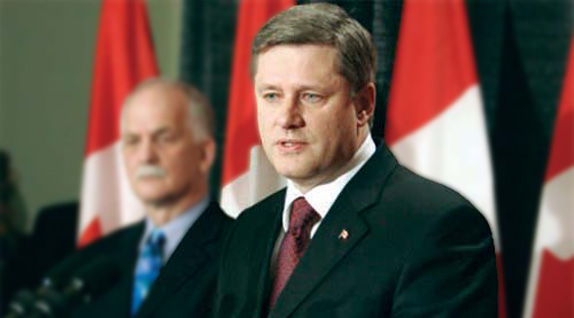 Since Stephen Harper was elected the 22nd prime minister of Canada in January 2006, a noticeable political shift to the right has occurred.

EKOS Research Associates Inc., a consulting firm specializing in market research, released a survey in mid-October 2009 revealing that the Conservative Party maintains a substantial lead over the Liberal Party.

As the Conservative Party (“Tories”) strengthens, Mr. Harper’s support continues to rise. This current lead has conservatives positioning themselves to establish a majority government. According to EKOS, the Tories now enjoy 40.7 percent support compared to 25.5 percent for the liberals.

Described as a “warrior in power,” Mr. Harper’s conservative views appear to be taking root in a country that has not had a conservative leader since 1993. In a parliament of 308 seats, the Conservative Party currently has a minority government with 143 seats—up from 124 seats that the party had when Mr. Harper first took office during the last federal election in 2006.

Margaret Thatcher, Ronald Reagan, William F. Buckley and other conservative leaders of Great Britain and the United States have always intrigued Canada’s current prime minister, who has adhered to conservative values over the years. 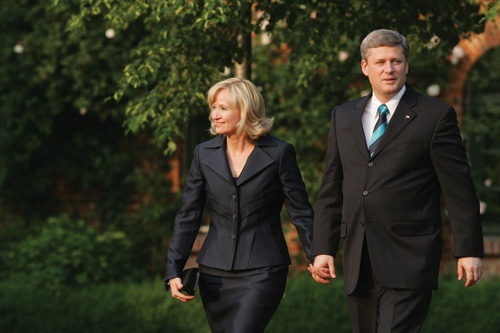 When he was voted in as the new prime minister, his Conservative Party agenda was established on what has been described as four “pillars”: accountability, security, environmental protection and strong economic management.

Prime Minister (PM) Harper’s political ascent, however, was not an easy climb.

Born April 30, 1959 in Toronto, Mr. Harper was attracted to politics at a young age. He joined a group at his high school called the Young Liberals Club. Ultimately, he changed his political viewpoint to conservative because he did not agree with the National Energy Program of Pierre Trudeau’s government. (Mr. Trudeau was Canada’s 15th PM.)

Mr. Harper attended the University of Calgary where he received a bachelor’s degree in economics in 1985 and then a master’s in economics in 1991. During the mid-1980s, he became chief aide to Progressive Conservative member of Parliament (MP) Jim Hawkes. He later became disenchanted with both the party and the fiscal policies of the government of Brian Mulroney, Canada’s 18th PM from 1984 to 1993.

In 1993, Mr. Harper was elected to the House of Commons as the reform MP for Calgary West. Over the next four years, he was at odds with the center-left Liberal Party, which had a majority government at the time. Mr. Harper sharply criticized the left, saying that Canada was a “northern European welfare state in the worst sense of the term” (CBC News).

During this period, Stephen Harper married Lauren Teskey. The couple had two children, Benjamin and Rachel.

In March 2002, he ran again for Parliament and won, becoming the leader of the Canadian Alliance Party. In May of that year, he was elected to the House of Commons in Calgary Southwest.

During the 2004 federal election, though the Liberal Party won, it was a close, hard-fought contest. But support continued to build for Mr. Harper and the new Conservative Party. In spring 2005, at the Conservative policy convention, issues such as opposition to same-sex marriage, lower taxes, a tougher stance on crime, closer relations with the United States and an elected Senate were brought to the table. Mr. Harper received overwhelming support from the party’s delegates.

Commitment to His Views

Mr. Harper has rarely shied away from confrontation or standing for his conservative views.

During a 2003 Parliament session, Mr. Harper took an opposite position against the Canadian government’s unwillingness to participate in the invasion of Iraq.

“This party will not take its position based on public opinion polls,” he said. “We will not take a stand based on focus groups. We will not take a stand based on phone-in shows or householder surveys or any other vagaries of public opinion...In my judgment Canada will eventually join with the allied coalition if war on Iraq comes to pass. The government will join, notwithstanding its failure to prepare, its neglect in co-operating with its allies, or its inability to contribute. In the end it will join out of the necessity created by a pattern of uncertainty and indecision. It will not join as a leader but unnoticed at the back of the parade.”

On January 9, 2006, during a political debate, Mr. Harper questioned the Liberal Party’s “moral authority to govern.” He asked then Prime Minister Paul Martin, “How many criminal investigations are going on in this government?” (BBC News).

Time magazine named Mr. Harper Canada’s “Newsmaker of the Year” in 2006, writing “that the prime minister who was once dismissed as a doctrinaire backroom tactician with no experience in government has emerged as a warrior in power” (Canwest News Service).

The question remains: will this “warrior in power” continue to lead Canada down the road of conservative political ideals or will the country turn back to its liberal past?