This website requires the use of Javascript to function correctly. Performance and usage will suffer if it remains disabled.
How to Enable Javascript
Loneliness – Insoluble Social Problem?

Despite technological advancements that allow people to more easily connect with each other, why do so many feel lonelier than ever before? 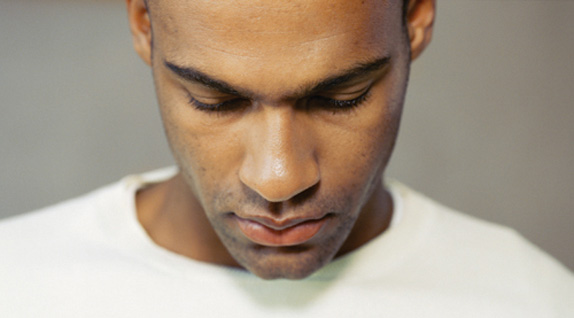 In the late 1950s, Andy Williams sang “Lonely Street.” The song’s lyrics contained a question: “Where is this place called Lonely Street?” These words are more relevant today than 50 years ago.

Studies indicate that loneliness is increasing in spite of incredible communication advancements over the past decade. Not only is it a social issue, but it also contributes to health problems.

Abigail Van Buren, creator of the “Dear Abby” column, said, “Loneliness is the ultimate poverty” (The Buffalo News). As people struggle to establish satisfying friendships, they often only become lonelier.

What about you? Do you feel isolated in spite of working around dozens of people or living in a crowded city? Despite your best efforts to reach out, do you find yourself feeling alone—just one in a sea of humanity?

You can turn your situation around, identify causal factors that bring about loneliness, and change your behavior so that you too can enjoy close friendships.

But first we must ask: what has brought us to Lonely Street?

An article by Kerby Anderson, a nationally syndicated columnist, stated: “…the baby boom generation is headed for a crisis of loneliness. The reasons are simple: demographics and social isolation. More boomers are living alone than in previous generations, and those living with another person will still feel the nagging pangs of loneliness.”

He stated that the three “Ds” of statistics—death, divorce and deferred marriage—play a role in more and more loneliness.

Death: As people live longer, there is a greater possibility that one mate may die. After years of companionship, these people may find themselves alone and unable to relate to other couples.

Divorce: Baby boomers have produced the highest divorce rates in history. This has left many children in the care of only one parent. A single parent must then struggle to support, care for, and nurture them—with little quality time to spare. Lonely children become lonely adults, often unable to function socially because they are not emotionally equipped to relate to others. This tragedy perpetuates itself across generations. Divorce tears apart the family unit, often isolating those who were members of a once-cohesive group.

Kerby Anderson also wrote, “Commitment is a foreign concept to most of the million-plus cohabiting couples. These fluid and highly mobile situations form more often out of convenience and demonstrate little of the commitment necessary to make a relationship work. These relationships are transitory and form and dissolve with alarming frequency. Anyone looking for intimacy and commitment will not find them in these relationships.”

In A Nation of Strangers, Vance Packard puts forth the idea that America’s mobile society contributes to the country’s social isolation. He outlines five forms of mobility separating people: (1) frequent moves; (2) growing communities in which a population has been uprooted from another area; (3) apartment complexes in metropolitan areas; (4) employees of multi-shift, 24/7 manufacturing plants, who do not have the opportunity to meet their neighbors face-to-face; (5) fragmentation of families, with members moving away after a divorce.

Another aspect of increasing social isolation is people’s strong desire for privacy. By and large, society values privacy over face-to-face interaction—in other words, taking the necessary time for others. For example, without company coming over, you do not have to clean your home, provide refreshments and a meal, or take close interest in another person’s life.

Often, it is our own propensity toward the path of least resistance that leads us to feel lonely.

In a Stanford University News article, Kenneth M. Dixon provided insight as to how the Internet has produced unintended consequences, including isolation.

“The Internet has revolutionized the way Americans live and communicate, but at a steep social cost, according to researchers at the Stanford Institute for the Quantitative Study of Society (SIQSS). Compared to those who do not use the Internet frequently, those who do—31 percent of the U.S. population, according to the study—spend a whopping 70 minutes less daily interacting with family, 25 minutes less sleeping and 30 minutes less watching television.

“‘[The Internet] has been an extraordinary productivity enhancer and an enormously powerful tool to stay in touch,’ said political science Professor Norman H. Nie, director of SIQSS. ‘But if you look at every major social innovation, there are both positive consequences intended and negative consequences unintended.’”

Excessive Internet use can isolate individuals and distract them from face-to-face contact with others—even within their own families.

Loneliness, isolation and a sense of social exclusion also create many health-related problems.

A Daily Telegraph article revealed that loneliness is “as harmful as smoking and obesity.” Professor John Cacioppo, the co-author of a loneliness study, told the newspaper: “The lonely have poor health. They exercise less, are more likely to quit.” He also said they eat foods with more calories, fats and sugars.

Additionally, isolation and loneliness are leading factors in the likelihood of depression, which can lead to ill health and premature death.

Even our own personal attitudes can contribute to feeling isolated. This is perhaps the greatest area where individuals can control and conquer loneliness.

Ask yourself: Do I withdraw from others when overwhelmed with life’s stresses? Do I expect others to first approach me, but never take the first step myself? Does embarrassment inhibit me from initiating new relationships? When others do not match my expectations, do I reject them?

If you answered yes to any of these questions, you could be unknowingly isolating yourself.

Other factors that can block you from growing close to others include distrust because of emotional scarring from previous traumatic relationships and unresolved anger—self-anger, anger toward others, or anger in general toward the world we live in. Resentment and an unforgiving attitude ruin your chances of building a close rapport with others.

Additionally, lacking knowledge of how to be a friend, including a disregard for social protocol, have produced a socially inept generation. Many lack listening skills, talking about their lives only: “my this,” “my that,” and do not take time to listen to others. This can cause us to come across as self-centered and make people not want to be around us.

Loneliness does not have to be a permanent way of life! You can change and become a person who creates friendships and is approachable. The Bible, a book few look to for answers, teaches us how to be friendly and see this life and interaction with others in a proper perspective. “A man that has friends must show himself friendly: and there is a friend that sticks closer than a brother” (Prov. 18:24).

Being friendly can be as simple as smiling, offering a courteous greeting, being the first to start a conversation, extending a firm handshake or taking time to listen to others. This often includes empathizing, and trying to understand life experiences from someone else’s perspective.

These simple gestures exhibit a deeper concern for others—part of the way of give—the opposite of what is generally seen today.

God’s Word predicted that as civilization progressed, humanity’s social behavior would grow worse, as evidenced on the front pages of newspapers and in local and national television newscasts. “This know also, that in the last days perilous times shall come. For men shall be lovers of their own selves, covetous, boasters, proud, blasphemers, disobedient to parents, unthankful, unholy, without natural affection [unsociable], trucebreakers, false accusers, incontinent [without self control], fierce, despisers of those that are good, traitors, heady [reckless], highminded, lovers of pleasure more than lovers of God” (II Tim. 3:1-4).

Human nature, with its vile behavior, has produced a world of fear, alienation, lack of trust and aversion to meeting new people. All population segments and age groups suffer from this social problem.

The real solution is remarkably simple but profoundly difficult to implement in a world violating the basic commandments of God. Again, the way of give—love—is simply showing outgoing concern for others.

To most this makes sense—as long as your neighbor is first to take steps toward achieving this goal! But love must first be put into effect in your own life, by first changing yourself. This will focus your life more toward others.

Imagine what the world would be like if everyone followed the way of give—a world of joyful people excited to talk with you—a world without strangers—a world where children have no fear. A world where the song “Lonely Street” would no longer be sung.

Such a day is drawing near—the pages of The Real Truth proclaim the good news of the soon-coming kingdom of God—when loneliness will be eliminated. God’s laws regarding treatment of others will be implemented.

Read David C. Pack’s article “You Can Live the Abundant Life!” and his book, Tomorrow’s Wonderful World – An Inside View! to learn more.