This website requires the use of Javascript to function correctly. Performance and usage will suffer if it remains disabled.
How to Enable Javascript
Profile: New Zealand

By Jonathan A. Dicen

An overview of the nation’s accomplishments and challenges. 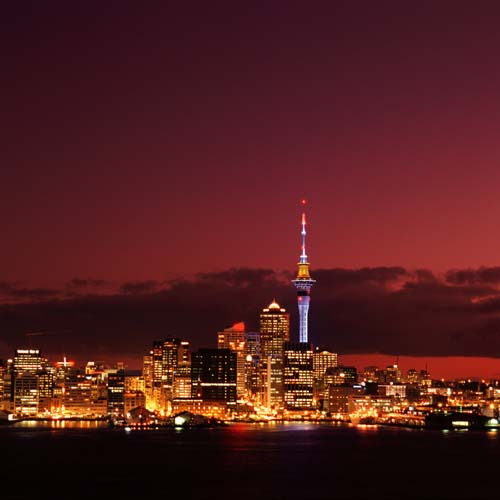 As large as Britain or Japan, New Zealand is a wealthy, industrialized country in the southwestern Pacific Ocean. The nation is made up of the North Island, South Island and numerous smaller islands, including Stewart Island/Rakiura and the Chatham Islands. New Zealand’s territories (“The Realm of New Zealand”) include the Cook Islands, Tokelau, Niue and the Ross Dependency, a claim in Antarctica.

Eastern Polynesians, later known as the Māori, settled in what became New Zealand around A.D. 800-1300, calling the islands Aotearoa. In 1642, Dutch explorer Abel Janszon Tasman landed in the islands, which came to be called Nova Zeelandia, named after the Dutch province of Zeeland. In 1769, English explorer Captain James Cook made the islands known to Europe, and Nova Zeelandia became “New Zealand.” After Cook’s subsequent voyages, more Europeans came to trade on the islands.

It is estimated that in 1839 there were 200,000 Europeans on the islands. When the French became interested in the island territories, the British government sent William Hobson to claim sovereignty. Hobson negotiated the Treaty of Waitangi on Feb. 6, 1840, originally signed by 43 Northland Māori chiefs, who ceded their sovereignty to Britain’s Queen Victoria.

The Treaty of Waitangi became the foundation of New Zealand as a nation and was deeply respected by the Māori because it guaranteed their territorial rights and the preservation of their culture. The agreement also paved the way for European settlement.

By the time New Zealand acquired independence, on Sept. 26, 1907, it had an agricultural economy dependent on refrigerated shipments of frozen meat and dairy products to Britain.

New Zealand’s population was mainly European, the majority being British. Today, its demographic structure, immigration trends, economic outlook and trading partners portray a country much different from what it was more than three decades ago.

A new wave of immigrants, hoping to escape the brutality of communism, came from Vietnam, Laos and Cambodia. However, New Zealand had long enforced a favorable immigration policy for whites, while restricting immigration from Asia. This has changed. Today, Asians from Malaysia, India, Philippines, Hong Kong and Sri Lanka contribute to New Zealand’s rising multi-racial population. The present Asian population is 9.2 %, estimated to rise to 13% by 2012.

Other immigrants have come from the Pacific islands, Iran, Iraq and Somalia.

The national government is a combination of a constitutional monarchy and a parliamentary democracy. The parliament is composed of the House of Representatives, with members democratically elected for three-year terms.

Although the Head of State is Queen Elizabeth II of England (represented by the nonpartisan Governor-General Anand Santyanand), her position is largely symbolic.

Presently, the government is headed by Prime Minister Helen Clark, who came to power on Dec. 5, 2000, and is now in her third term. Ms. Clark is the nation’s longest-serving prime minister and has been credited with numerous accomplishments.

In 2006, Ms. Clark said, “I would like to think that, many years down the track, people would say that I gave it everything I had, that I was very dedicated to the job, that I was pretty accessible and approachable…” (Dominion Post).

When Britain entered into the European Economic Community in 1973, New Zealand’s agricultural exports dropped, negatively affecting its economy. In view of its economic realities, the nation was forced to evaluate itself and restructure its economy.

Although these economic overhauls rely heavily on international trade with the U.S., Australia, the EU and Asia, and are vulnerable to fluctuating world trade, it has brought sustained growth for eight consecutive years. Unemployment is at 3.6%, one of the lowest rates in the industrialized world. Most of the nation’s exports are beef, lamb, cheese, wool, wood products, fish, machineries and energy. Tourism plays a major part in the economy’s growth of 3%, competing with agriculture as the top foreign currency earner.

Listed below are some economic statistics:

• With 40 million sheep and 9 million cattle, the country is one of the top five dairy producers in the world.

• It is the world’s top producer of casein, a chief ingredient in cheese, and other related products.

• Forests cover about one-third of the land.

• New Zealand has 2.5 million cars for its 4 million people—one of the world’s highest ratios.

The growing economy is attributed to New Zealand broadening its trade relationships to its special neighbor Australia and allies the United States and Britain, and by its participation and commitment in the Pacific region and world free trade associations, such as APEC, ASEAN, the P4 or the Trans-Pacific Strategic Economic Partnership with member countries Brunei, Chile and Singapore. New Zealand is the first Western nation to formalize a free trade agreement with China, and has free trade agreements under negotiations with Australia, Hong Kong, Malaysia, India and the Gulf Cooperation Council of Saudi Arabia, Bahrain, United Arab Emirates, Kuwait, Qatar and Oman.

But despite its accelerating economy, New Zealand’s export ratio is smaller than its imports. This creates a deficit of $10.38 billion NZ, posing problems to its economic managers. The net foreign debt in 2006 was $182 billion NZ, most of which is privately owned. The large deficit is only one of the challenges the government faces.

In dealing with social problems, the government has in some cases gone to extremes. It passed the 2003 Prostitution Act, legalizing the sex trade. Teenage prostitutes openly walk the streets in the city of Christchurch. One year later, homosexual unions were recognized.

After Australia and Thailand, New Zealand is third in the world for methamphetamine abuse.

In 2003-04, gambling losses reached $2.039 billion NZ, according to figures from the Department of Internal Affairs. The government enacted the Gambling Act of 2003 to confront the problem.

In 1996, UNICEF reported that New Zealand was one of the countries with highest rate of youth suicide, about 30 cases per 100,000. Over the years, the rate has slowed from its peak in 1990s. But 2007 records show the Māori suicide rate continued to rise: 17.9% compared to the national average of 13.2%. Jim Anderton, Associate Health Minister, claimed the suicide situation has remained stable. In February 2007, UNICEF placed New Zealand the lowest among 25 Organization for Economic Co-operation and Development (OECD) nations in making children safe.

It is also the highest in deaths from accidents and injuries per 100,000 for those under 19 years of age.

New Zealand plays an active role in attempting to maintain global peace and stability in the Pacific region.

During the two World Wars, it fought for the Allies, and was later involved militarily in the Korea Conflict. In 1999, it sent forces to stop violence in East Timor. In 2003, a New Zealand contingent was part of the multinational forces to help restore peace in the Solomon Islands.

Today, New Zealand is a major security provider in the Pacific, and assists in fighting against terrorism, having sent its Special Air Service to Afghanistan and helping with reconstruction. It also supports efforts for the denuclearization of North Korea.

No longer Britain’s dominion or colonial territory, New Zealand has embarked on modernizing its economy, investing and trading with the world-at-large, and making the nation globally competitive.

Nearly a year after she assumed office, Prime Minster Clark was interviewed by Time magazine about her country. She said in a closing remark, “We are a nation in search of an identity, but it is quite exciting. I do not regard it as a problem. It is a challenge.”

Six years later, in November 2006, Ms. Clark said in her address to the London School of Economics, “Today we have a sophisticated economy, a multicultural society, and a great deal of confidence in the part we can play in the wider region in which we live. We maintain close contact with those who form part of our wider community of values in Europe and North America, and we engage fully and willingly in international efforts to make our world more sustainable, more peaceful, fair, and just.”