This website requires the use of Javascript to function correctly. Performance and usage will suffer if it remains disabled.
How to Enable Javascript
Yellowstone Flooding Rebuild Could Take Years, Cost Billions 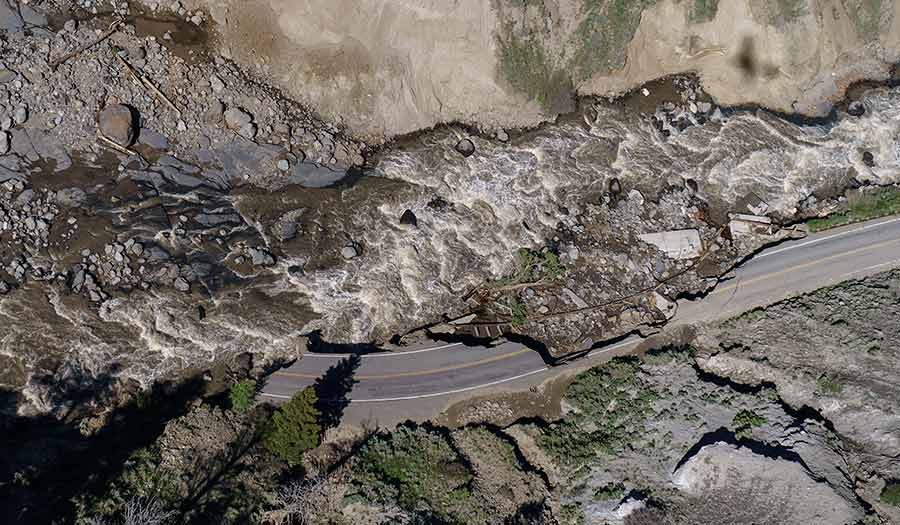 The Associated Press – Created in 1872 as the United States was recovering from the Civil War, Yellowstone was the first of the national parks that came to be referred to as America’s best idea. Now, the home to gushing geysers, thundering waterfalls and some of the country’s most plentiful and diverse wildlife is facing its biggest challenge in decades.

Floodwaters this week wiped out numerous bridges, washed out miles of roads and closed the park as it approached peak tourist season during its 150th anniversary celebration. Nearby communities were swamped and hundreds of homes flooded as the Yellowstone River and its tributaries raged.

The scope of the damage is still being tallied by Yellowstone officials, but based on other national park disasters, it could take years and cost upwards of $1 billion to rebuild in an environmentally sensitive landscape where construction season only runs from the spring thaw until the first snowfall.

Based on what park officials have revealed and Associated Press images and video taken from a helicopter, the greatest damage seemed to be to roads, particularly on the highway connecting the park’s north entrance in Gardiner, Montana, to the park’s offices in Mammoth Hot Springs. Large sections of the road were undercut and washed away as the Gardner River jumped its banks. Perhaps hundreds of footbridges on trails may have been damaged or destroyed.

“This is not going to be an easy rebuild,” Superintendent Cam Sholly said early in the week as he highlighted photos of massive gaps of roadway in the steep canyon. “I don’t think it’s going to be smart to invest potentially, you know, tens of millions of dollars, or however much it is, into repairing a road that may be subject to seeing a similar flooding event in the future.”

Flooding has already done extensive damage in other parks and is a threat to virtually all the more-than 400 national parks, a report by The Rocky Mountain Climate Organization found in 2009.

Mount Rainier National Park in Washington state closed for six months after the worst flooding in its history in 2006. Damage to roads, trails, campgrounds and buildings was estimated at $36 million.

Yosemite Valley in California’s Yosemite National Park has flooded several times, but suffered its worst damage 25 years ago when heavy downpours on top of a large snowpack—a scenario similar to the Yellowstone flood—submerged campgrounds, flooded hotel rooms, washed out bridges and sections of road, and knocked out power and sewer lines. The park was closed for more than two months.

Congress allocated $178 million in emergency funds—a massive sum for park infrastructure at the time—and additional funding eventually surpassed $250 million, according to a 2013 report.

But the rebuilding effort once estimated to last four to five years dragged out for 15, due in part to environmental lawsuits over a protected river corridor and a long bureaucratic planning and review process.

It is not clear if Yellowstone would face the same obstacles, though reconstructing the road that runs near Mammoth Hot Springs, where steaming water bubbles up over an otherworldly series of stone terraces, presents a challenge.

It is created by a unique natural formation of underground tubes and vents that push the hot water to the surface, and would be just one of many natural wonders crews would have to be careful not to disturb, said Brett Hartl, government affairs director at the Center for Biological Diversity.

Along with the formation itself, there are also microbes and insects that thrive in the environment found almost nowhere else. And the park will need to avoid damaging any archaeological or cultural artifacts in the area with a rich Native American history.

“They’ll have to look at all the resources the park is designed to protect, and try to do this project as carefully as possible, but they’re also going to try to go fairly quickly,” Mr. Hartl said.

Having to reroute the roadway that hugged the Gardner River could be an opportunity to better protect the waterway and the fish and other species that thrive there from oil and other microscopic pollution that comes from passing vehicles, Mr. Hartl said.

“The river will be healthier for it,” he said.

The Yosemite flood was seen by the park as an opportunity to rethink its planning and not necessarily rebuild in the same places, said Frank Dean, president and chief executive of the Yosemite Conservancy and a former park ranger.

Some facilities were relocated outside the flood plain and some campgrounds that had been submerged in the flood were never restored. At Yosemite Lodge, cabins that had been slated for removal in the 1980s were swamped and had to be removed.

“The flood took them all out like a precision strike,” Mr. Dean said. “I’m not going to say it’s a good thing, but providence came in and made the decision for them.”

Yellowstone’s recovery comes as a rapidly growing number of people line up to visit the country’s national parks, even as a backlog of deferred maintenance budget grows into tens of billions of dollars. The park was already due for funding from the Great American Outdoors Act, a 2020 law passed by Congress that authorizes nearly $3 billion for maintenance and other projects on public lands.

Now it will need another infusion of money for more pressing repairs that Emily Douce, director of operations and park funding at National Parks Conservation Association, estimated could hit at least $1 billion.

The southern half of the park is expected to reopen next week, allowing visitors to flock to Old Faithful, the rainbow-colored Grand Prismatic Spring, and the Grand Canyon of the Yellowstone and its majestic waterfall.

But the flood-damaged northern end may not reopen this year, depriving visitors from seeing Tower Fall and Lamar Valley, one of the best places in the world to see wolves and grizzly bears. Some days during the high season, an animal sighting can lead to thousands of people parked on the side of the road hoping to catch a glimpse.

Whether some of these areas are reopened will depend on how quickly washed-out roads can be repaired, downed trees can be removed and mudslides cleared. 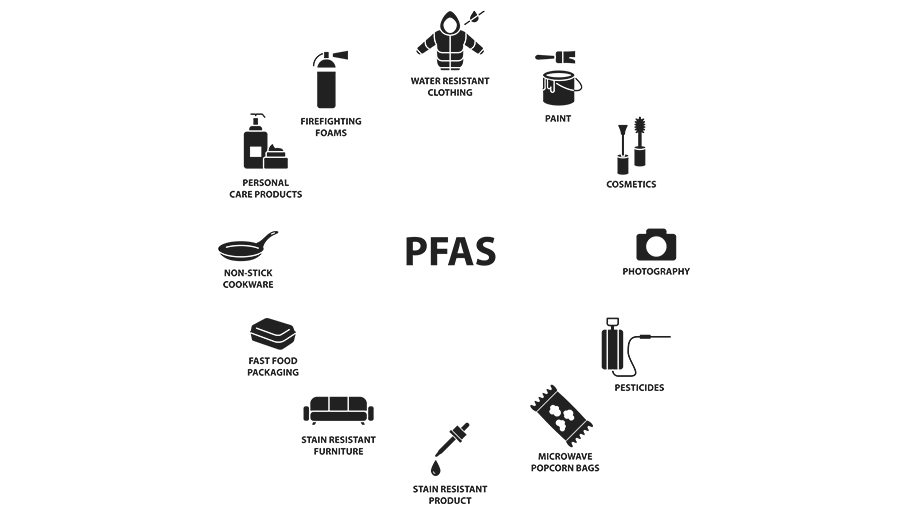 EPA: ‘Forever Chemicals’ Pose Risk Even at Very Low Levels
WASHINGTON (AP) – The Environmental Protection Agency is warning that two nonstick and stain-resistant compounds found in drinking water are more dangerous than previously thought and pose health risks even at levels so low they cannot currently be detected.