This website requires the use of Javascript to function correctly. Performance and usage will suffer if it remains disabled.
How to Enable Javascript
Pathogens Jumping from Animals to Humans Becoming More Frequent

LONDON (Reuters) – Outbreaks of endemic diseases such as monkeypox and Lassa fever are becoming more persistent and frequent, the World Health Organization’s (WHO) emergencies director, Mike Ryan, warned on Wednesday.

Worsening weather conditions including drought are causing animals and humans to change their behavior, including food-seeking habits. As a result of this “ecologic fragility,” pathogens that typically circulate in animals are increasingly jumping into humans, he said.

“Unfortunately, that ability to amplify that disease and move it on within our communities is increasing—so both disease emergence and disease amplification factors have increased.”

For instance, there is an upward trend in cases of Lassa fever, an acute viral illness spread by rodents endemic to Africa, he said.

“So there’s definitely ecological pressure in the system.”

His commentary comes as cases of monkeypox continue to rise outside Africa, where the pathogen is endemic.

On Wednesday, the WHO said it had so far received reports of more than 550 confirmed cases of the viral disease from 30 countries outside of Africa since the first report in early May.

Meanwhile, although COVID-19 cases are declining globally, there are regions such as the Americas with concerning trends, WHO director-General Tedros Adhanom Ghebreyesus highlighted in a briefing on Wednesday.

In North Korea, officials suspect there are over 3.7 million cases of fevered people, that could be COVID, as the country battles against its first ever COVID outbreak. It declared a state of emergency and imposed a nationwide lockdown last month.

Mr. Ryan said although the WHO had offered the country support in terms of vaccines, treatments and other medical supplies, it had encountered problems in securing access to raw data that would reflect the situation on the ground.

The experience of COVID has triggered the WHO to kickstart a process to draft and negotiate an international treaty to strengthen pandemic prevention, preparedness and response.

Pandemics affect every citizen on the planet, said Mr. Ryan.

“We’ve seen the difficulties we faced in this pandemic—we may face a more severe pandemic in the future and we need to be…a lot better prepared than we are now,” said Mr. Ryan. 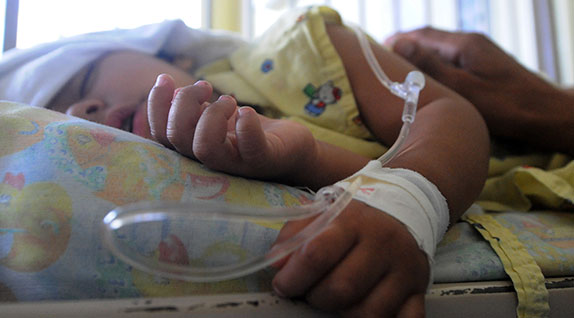