This website requires the use of Javascript to function correctly. Performance and usage will suffer if it remains disabled.
How to Enable Javascript
Scientists Unveil Image of ‘Gentle Giant’ Black Hole at Milky Way’s Center 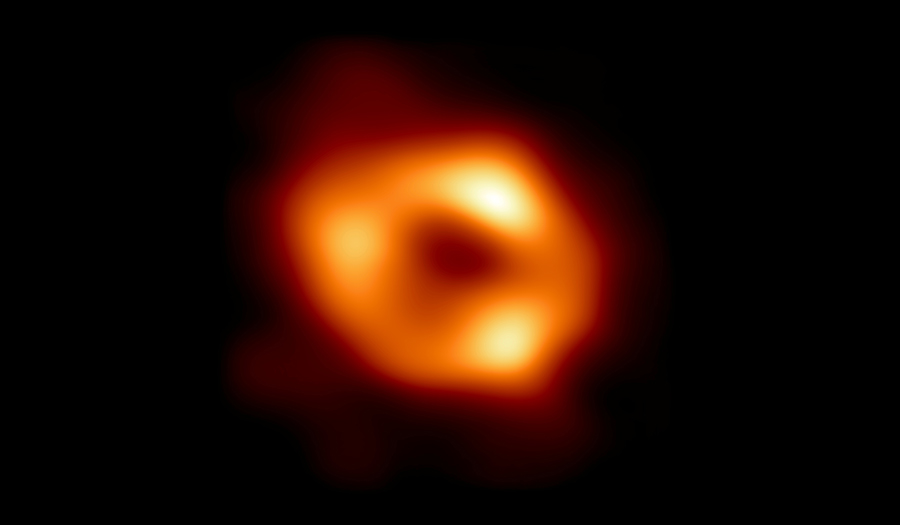 EHT Collaboration/National Science Foundation/Handout via Reuters
This is the first image of Sagittarius A* (or Sgr A* for short), the supermassive black hole at the center of our galaxy. It was captured by the Event Horizon Telescope, an array which linked together radio observatories across the planet to form a single “Earth-size” virtual telescope. The new view captures light bent by the powerful gravity of the black hole, which is four million times more massive than our Sun.

WASHINGTON (Reuters) – Scientists on Thursday provided the first look at the “gentle giant” lurking at the center of our Milky Way galaxy—an image of a supermassive black hole that devours any matter within its huge gravitational pull but is currently on a bit of a diet.

The black hole—called Sagittarius A*, or Sgr A*—is the second one ever to be imaged. The feat was accomplished by the same Event Horizon Telescope (EHT) international collaboration that in 2019 unveiled the first photo of a black hole—that one residing at the heart of a different galaxy.

University of Arizona astronomer Feryal Ozel, at a news conference in Washington, hailed “the first direct image of the gentle giant in the center of our galaxy,” showing a glowing ring of red, yellow and white surrounding a darker center.

Sagittarius A* (pronounced Sagittarius “A” star) possesses 4 million times the mass of our sun and is located about 26,000 light-years—the distance light travels in a year, 5.9 trillion miles—from Earth.

“If Sgr A* were a person, it would consume a single grain of rice every million years,” Dr. Johnson said. It is putting out only a few hundred times the energy of the sun despite being much more massive.

Black holes are extraordinarily dense objects with gravity so strong that not even light can escape, making viewing them extremely challenging. A black hole’s event horizon is the point of no return beyond which anything—stars, planets, gas, dust and all forms of electromagnetic radiation—gets dragged into oblivion.

The image was obtained using the EHT’s global network of observatories working collectively to observe radio sources associated with black holes. It showed a ring of light—super-heated disrupted matter and radiation circling at tremendous speed at the edge of the event horizon—around a region of darkness representing the actual black hole. This is called the black hole’s shadow or silhouette.

Imaging it was complicated by its dynamic environment including swirling gas around it—as Dr. Ozel put it: “a source that burbled and gurgled as we looked at it.”

The Milky Way is a spiral galaxy that contains at least 100 billion stars. Viewed from above or below it resembles a spinning pinwheel, with our sun situated on one of the spiral arms and Sagittarius A* located at the center.

Scientists are trying to better understand how supermassive black holes form early in a galaxy’s history and evolve over time.

“They go through periods where there is a lot of material around them,” Dr. Özel said. “...And then they go through these quiescent phases like the one at the center of our galaxy where matter is just trickling in.”

The image released in 2019 showed the supermassive black hole in a galaxy called Messier 87, or M87. That one was far more distant and massive than Sagittarius A*, situated about 54 million light-years from Earth with a mass 6.5 billion times that of our sun.

Sagittarius A*, despite being much closer to our solar system than M87, was harder to image. The diameter of Sagittarius A* is about 17 times that of the sun, meaning it would sit within the innermost planet Mercury’s solar orbit. In contrast, M87’s diameter would encompass the entirety of our solar system.

Harvard-Smithsonian Center for Astrophysics radio astronomer Lindy Blackburn said that “the smaller physical size of Sgr A* also means that everything changes about a thousand times faster for Sgr A* than M87. We must also peer through the messy disk of our own galaxy to view Sgr A*, which blurs and distorts the image.” 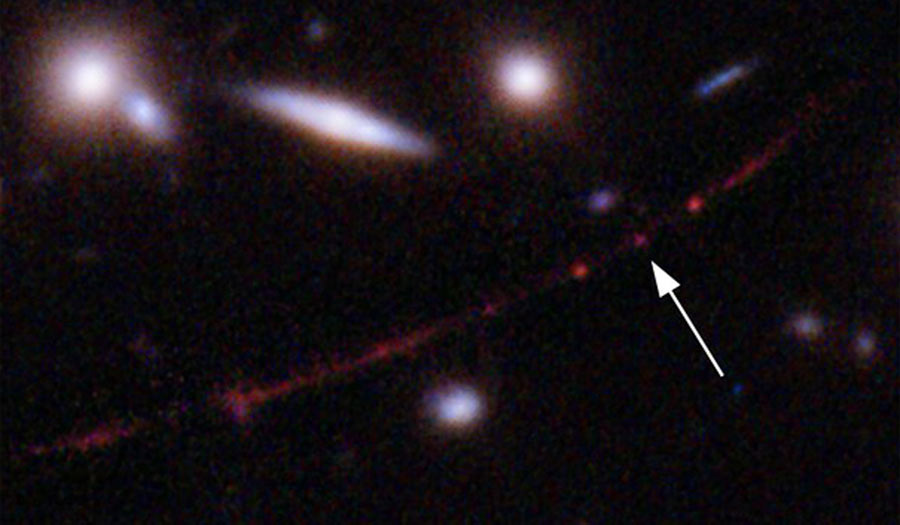 Hubble Spots Farthest Star Ever Seen – Another Clue to Our Cosmic Origins?
Astronomers have discovered the farthest star yet, a super-hot, super-bright giant that formed nearly 13 billion years ago at the dawn of the cosmos.