This website requires the use of Javascript to function correctly. Performance and usage will suffer if it remains disabled.
How to Enable Javascript
UAE, U.S. Intercept Houthi Missile Attack Targeting Abu Dhabi 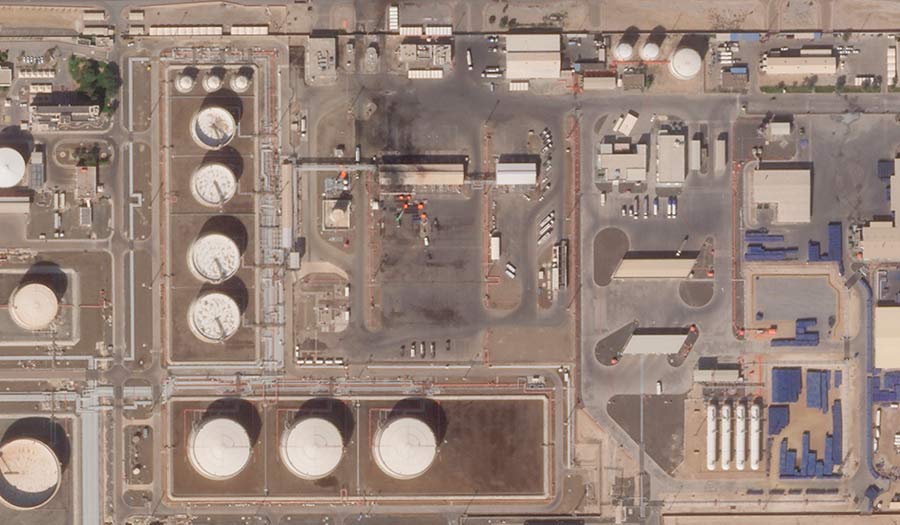 The missile fire further escalates tensions across the Persian Gulf, which previously had seen a series of assaults near—but never indisputably on—Emirati soil. It comes during Yemen’s yearslong war and the collapse of Iran’s nuclear deal with world powers. American troops at Al-Dhafra Air Base in the capital took shelter in bunkers during the attack and fired back with their own Patriot missiles.

The attacks threaten the business-friendly, tourism-focused efforts of the Emirates, a federation of seven sheikhdoms on the Arabian Peninsula also home to Dubai. For years, the country has marketed itself as a safe corner of an otherwise-dangerous neighborhood.

Videos on social media showed the sky over Abu Dhabi light up before dawn Monday, with what appeared to be interceptor missiles racing into the clouds to target the incoming fire. Two explosions later thundered through the city.

A U.S. military official, speaking on condition of anonymity to discuss military operations, acknowledged the assistance of American Patriot missile batteries prevented the Houthi missiles from striking targets in Abu Dhabi. Videos on social media suggested outgoing interceptor fire came from the base.

Houthi military spokesman Yehia Sarei claimed the attack in a televised statement, saying the rebels targeted several sites in the UAE with both Zulfiqar ballistic missiles and drones, including Al-Dhafra Air Base. He warned the UAE would continue to be a target “as long as attacks on the Yemeni people continue.”

“We warn foreign companies and investors to leave the Emirates!” Mr. Sarei shouted from a podium. “This has become an unsafe country!”

At Al-Dhafra, which hosts both American and British forces, U.S. troops took shelter in bunkers during the attack, the U.S. Air Force’s Mideast command said. Al-Dhafra is home to the 380th Air Expeditionary Wing and has seen armed drones and F-35 stealth fighters stationed there.

The U.S. Embassy in Abu Dhabi later issued a security alert to Americans living in the UAE, warning citizens to “maintain a high level of security awareness.” The alert included instructions on how to cope with missile attacks, something unheard of previously in the UAE, a tourist destination home to skyscraper-studded Dubai and its long-haul carrier Emirates.

“If these types of attacks end up occurring on a weekly basis as they do in the Saudi Arabia…that will shift the perception of the threat landscape in the UAE,” said Torbjorn Soltvedt, an analyst with risk consultancy Verisk Maplecroft. “The concern is now the contagion is going to be broader if we start to see attacks against civilian infrastructure.”