This website requires the use of Javascript to function correctly. Performance and usage will suffer if it remains disabled.
How to Enable Javascript
Putin Urges Development of New Hypersonic Missiles, Lasers 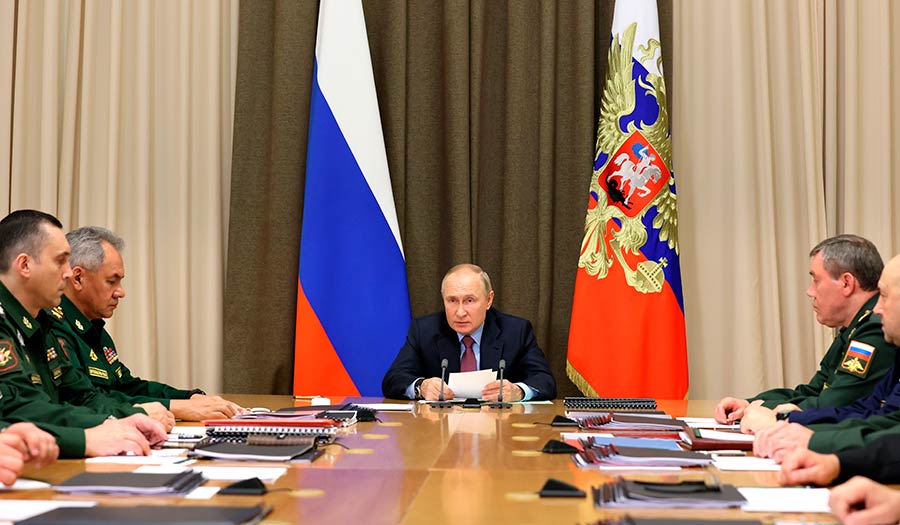 Speaking during a meeting with officials, Mr. Putin hailed the new weapons, such as the Avangard and Kinzhal hypersonic weapons and the Peresvet laser system, as a “breakthrough” that “ensured Russia’s military security for many years and even decades.”

The Russian military has said that the Avangard is capable of flying 27 times faster than the speed of sound and making sharp maneuvers on its way to target to dodge the enemy’s missile shield. It has been fitted to the existing Soviet-built intercontinental ballistic missiles instead of older type warheads, and the first unit armed with the Avangard entered duty in December 2019.

The Kinzhal, carried by MiG-31 fighter jets, has a range of up to about 1,250 miles and flies at 10 times the speed of sound, according to Russian officials.

Mr. Putin noted that another hypersonic missile, Zircon, is nearing the completion of its tests and will be commissioned by the navy next year. He previously has said that Zircon would be capable of flying at nine times the speed of sound and have a range of 620 miles. The new missile is intended to arm Russian cruisers, frigates and submarines.

The characteristics of the Peresvet laser system, which entered service in 2019, has been kept under wraps. Some experts have speculated that it is intended to keep the maneuvers of mobile launchers carrying intercontinental ballistic missiles secret by blinding enemy satellites.

The Kremlin has made modernization of the country’s military a top priority as relations with the U.S. and other Western nations have sunk to post-Cold War lows after Russia’s 2014 annexation of Ukraine’s Crimean Peninsula.