This website requires the use of Javascript to function correctly. Performance and usage will suffer if it remains disabled.
How to Enable Javascript
Resurgent Taliban Take Provincial Capital, Kill Afghan Government Spokesman 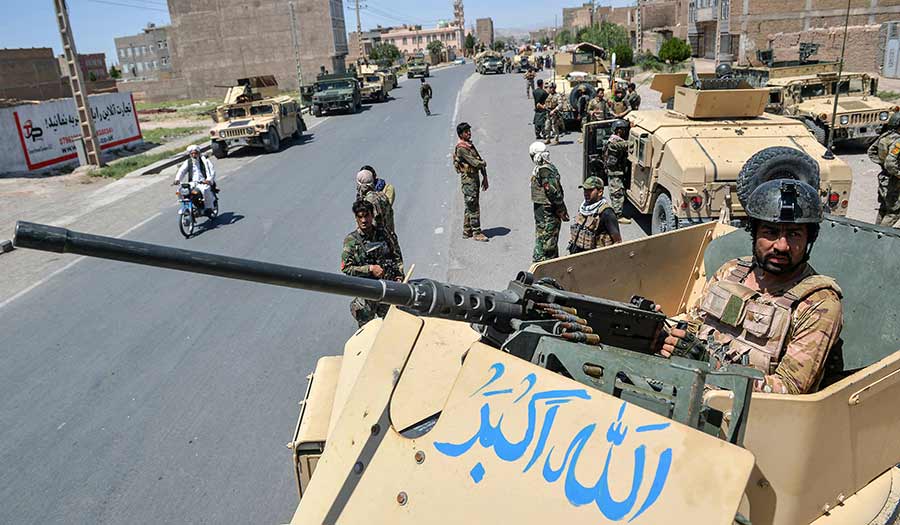 Hoshang Hashimi/AFP via Getty Images
An Afghan National Army commando stands guard on top of a vehicle along the road in Enjil district of Herat province as skirmishes between Afghanistan’s army and the Taliban continue (Aug. 1, 2021).

A police spokesman in southern Nimroz province said the capital Zaranj had fallen to the hardline Islamists because of a lack of reinforcements from the government.

Fighting to reimpose strict Islamic law after their 2001 ousting by U.S.-led forces, the Taliban have intensified their campaign to defeat the U.S.-backed government as foreign forces complete their withdrawal after 20 years of war.

The insurgents have taken dozens of districts and border crossings in recent months and put pressure on several provincial capitals, including Herat in the west and Kandahar in the south, as foreign troops withdraw.

Zaranj was the first provincial capital to fall to the group since the United States reached a deal with the Taliban in February 2020 for a U.S. troop pullout. A local source said the Taliban had seized the governor’s office, the police headquarters and an encampment near the Iranian border.

Taliban sources said the group was celebrating, and Zaranj’s fall would boost the morale of their fighters in other provinces. A Taliban commander, speaking on condition of anonymity, said it has strategic importance as it is on the border with Iran.

“This is the beginning and see how other provinces fall in our hands very soon,” he said.

In Kabul, Taliban attackers killed Dawa Khan Menapal, head of the Government Media and Information Center, in the latest in a series of assassinations aimed at weakening President Ashraf Ghani’s democratically elected government.

U.S. Charge d’Affaires Ross Wilson said on Twitter he was saddened and disgusted by the death of Mr. Menapal, whom he called a friend who provided truthful information to all Afghans.

“These murders are an affront to Afghans’ human rights & freedom of speech,” he said.

Scores of social activists, journalists, bureaucrats, judges and public figures fighting to sustain a liberal Islamic administration have been assassinated by Taliban fighters in a bid to silence voices of dissent in the war-torn country.

“He was a young man who stood like a mountain in the face of enemy propaganda, and who was always a major supporter of the [Afghan] regime,” said Mirwais Stanikzai, a spokesperson for the interior ministry.

Elsewhere Taliban fighters intensified clashes with Afghan forces and attacked militias allied with the government, officials said, stretching their dominance of border towns and closing in on two provincial capitals.

At least 10 Afghan soldiers and a commander of armed members belonging to the Abdul Rashid Dostum militia group in the northern province of Jowzjan were killed.

“The Taliban launched violent attacks on the outskirts of [provincial capital] Sheberghan this week and during heavy clashes a pro-government militia forces’ commander loyal to Dustom was killed,” said Abdul Qader Malia, the deputy governor of Jowzjan province.

Another provincial council member said nine of the 10 districts of Jowzjan were now controlled by the Taliban and the contest to control Sheberghan was under way. 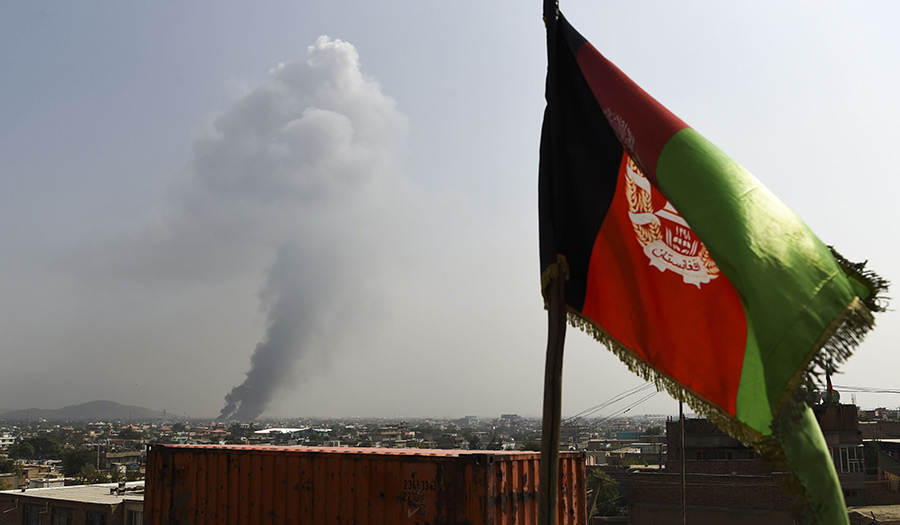