This website requires the use of Javascript to function correctly. Performance and usage will suffer if it remains disabled.
How to Enable Javascript
South, North Korea Reopen Hotlines as Leaders Seek to Rebuild Ties

South Korean Unification Ministry via Getty Images
A South Korean government official communicates with a North Korean officer during a phone call on the dedicated communications hotline at the border village of Panmunjom (Jan. 3, 2018).

SEOUL (Reuters) – South and North Korea have restored hotlines that Pyongyang severed a year ago when ties deteriorated sharply, and the two countries’ leaders are renewing efforts to rebuild relations, Seoul’s presidential office said on Tuesday.

The decision on the hotlines was made by South Korean President Moon Jae-in and North Korean leader Kim Jong Un who have exchanged multiple letters since April when they marked the third anniversary of their first summit, said Mr. Moon’s press secretary, Park Soo-hyun.

The hotlines are a rare tool to bridge the two Koreas, but it was unclear whether their reconnection would expedite any meaningful restart of negotiations aimed at dismantling Pyongyang’s nuclear and missile programs.

“The two leaders have explored ways to recover relations by exchanging letters on several occasions, and agreed to restore severed hotlines as a first step for that process,” Mr. Park said in a statement. “They have also agreed to regain trust as soon as possible and foster progress on relations again.”

KCNA touted the reopening of the hotlines as “a big stride in recovering mutual trust and promoting reconciliation.”

A senior official of the U.S. administration, which has sought unsuccessfully to persuade North Korea to return to talks over its nuclear program, welcomed the announcement.

“The United States supports inter-Korean dialogue and engagement,” the official said. “Diplomacy and dialogue are essential to achieving complete denuclearization and to establishing permanent peace on the Korean Peninsula.”

North Korea cut the lines in June 2020 as cross-border ties soured after a failed second summit in February 2019 between Mr. Kim and then U.S. President Donald Trump, which Mr. Moon had offered to mediate.

Then the North blew up a joint liaison office, launched on its soil in 2018 to foster better ties with the South, plunging relations to their lowest ebb under Mr. Moon.

Seoul’s defense ministry confirmed that twice-daily regular communication was resumed via a military hotline on Tuesday.

Mr. Moon had called for a revival of the hotlines and offered a video summit with Mr. Kim to avoid the coronavirus, but Pyongyang has previously responded with scathing criticism, saying it had no intention to talk to Seoul.

North Korea has not formally confirmed any COVID-19 outbreaks, but it closed its borders and took strict anti-virus measures, seeing the pandemic as a matter of national survival.

Mr. Park said Mr. Moon and Mr. Kim have agreed to work together to fight the pandemic but did not discuss any possible summit, in-person or virtual.

The exchange of letters came ahead of Mr. Moon’s summit with U.S. President Joe Biden in May, where the leaders displayed their willingness to engage the North.

But it still remains to be seen whether Pyongyang was ready to return to negotiations, with Mr. Biden’s administration seeking a “reliable, predictable and constructive” way to bring progress.

“North Korea would still wonder what’s the point in talking to the South, as the North wants substantive easing of sanctions, but there’s nothing we can do on that.”

James Kim of the Asan Institute for Policy Studies in Seoul said Pyongyang might mean to show some willingness to respond to U.S. overtures, but warned against reading too much into the latest move.

“We need to see some seriousness on Pyongyang’s part to move towards denuclearization for us to say that there is genuine progress,” Mr. Kim said. 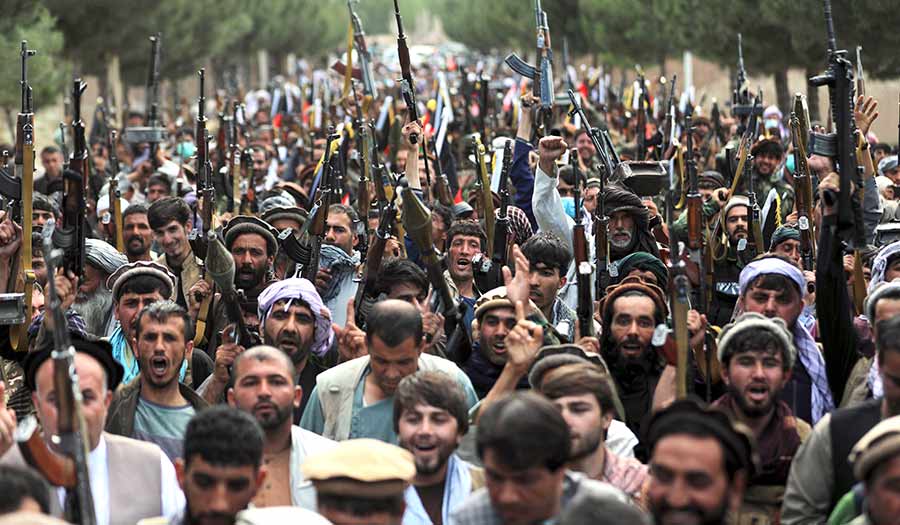 To Reach a Peace Deal, Taliban Say Afghan President Must Go
ISLAMABAD (AP) – The Taliban say they do not want to monopolize power, but they insist there will not be peace in Afghanistan until there is a new negotiated government in Kabul and President Ashraf Ghani is removed.