This website requires the use of Javascript to function correctly. Performance and usage will suffer if it remains disabled.
How to Enable Javascript
Iran’s President Rouhani Says 60 Percent Enrichment is an Answer to Attack at Natanz Site 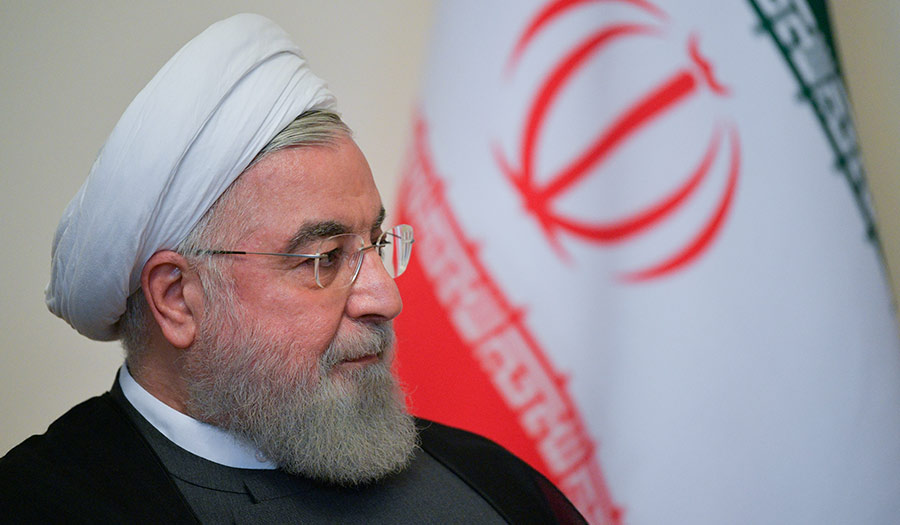 Iranian President Hassan Rouhani attends a meeting on the sidelines of a session of the Supreme Eurasian Economic Council In Yerevan, Armenia (Oct. 1, 2019).

DUBAI (Reuters) – Iran’s move to enrich uranium up to 60 percent purity is a response to the sabotage at its key nuclear facility, President Hassan Rouhani said on Wednesday, adding the Islamic Republic had no intention of building a nuclear weapon.

After an explosion at its Natanz uranium enrichment site on Sunday blamed by Tehran on arch-foe Israel, Iran said it would begin enriching uranium at 60 percent, a move bringing the fissile material closer to levels suitable for a bomb.

It also said it would activate 1,000 advanced centrifuge machines at the site.

“Of course, the security and intelligence officials must give the final reports, but apparently it is the crime of the Zionists, and if the Zionists act against our nation, we will answer it,” Mr. Rouhani said in a televised cabinet meeting.

“Our response to their malice is replacing the damaged centrifuges with more advanced ones and ramping up the enrichment to 60 percent at the Natanz facility.”

Iranian authorities have described the incident as an act of “nuclear terrorism”.

Israel, which the Islamic Republic does not recognize, has not formally commented on the matter.

The International Atomic Energy Agency, the U.N. nuclear watchdog, said on Tuesday it had been informed of Iran’s decision.

Iran’s 2015 nuclear deal with six powers, which it has been openly breaching since the United States withdrew in 2018 and reimposed sanctions on Tehran, caps the fissile purity to which Tehran can refine uranium at 3.67 percent.

That is well under the 20 percent achieved before the agreement and far below the 90 percent suitable for a nuclear weapon.

In an apparent bid to heap pressure on U.S. President Joe Biden’s administration that is willing to revive the accord, Iran in recent months has raised enrichment to 20 percent purity, a level where uranium is considered to be highly enriched.

France said on Tuesday it was coordinating a response with world powers, including the United States, after Iran said it would begin enriching uranium at 60 percent.

Washington called Iran’s announcement “provocative” and said the U.S. administration was concerned, adding that it called into question Tehran’s seriousness on nuclear talks.

Last week, Iran and the global powers held what they described as “constructive” talks to salvage the 2015 accord.

The talks will resume on Thursday in Vienna to discuss the sanctions Washington might lift and the nuclear curbs Tehran might observe.