This website requires the use of Javascript to function correctly. Performance and usage will suffer if it remains disabled.
How to Enable Javascript
Indonesia Landslides Death Toll Rises to 140, Dozens Missing 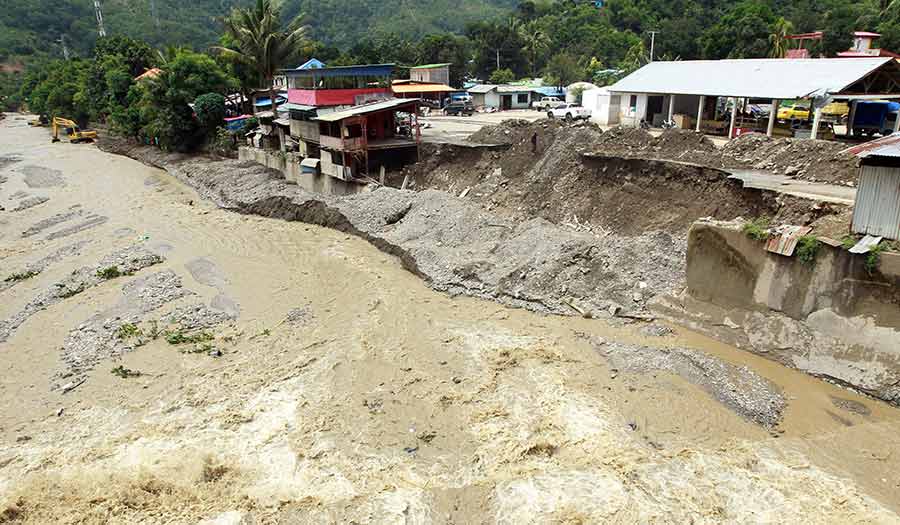 A collapsed retaining wall sits along the banks of a flooded river in Dili, East Timor (April 6, 2021).

LEMBATA, Indonesia (AP) – The death toll from mudslides in eastern Indonesia has risen to 140 with dozens still missing, officials said Wednesday, as rain continued to pound the region and hamper the search.

East Flores district on Adonara island suffered the highest losses with 67 bodies recovered so far and six missing. Mud tumbled down from surrounding hills early on Sunday, catching people at sleep. Some were swept away by flash floods after overnight rains caused rivers to burst their banks.

On nearby Lembata island, the downpour triggered by Tropical Cyclone Seroja sent solidified lava from a volcanic eruption in November to crash down on more than a dozen villages, killing at least 32 and leaving 35 unaccounted for, according to the National Disaster Mitigation Agency.

Hundreds of police, soldiers and residents dug through the debris with their bare hands, shovels and hoes searching for those buried. Relatives wailed Wednesday as they watched rescuers pull out a mud-caked body, place it on a bamboo stretcher and take it away for burial.

“Please find my father and mother who are still buried...whatever their condition,” Suzanna Tasoin cried to rescuers struggling to dig up tons of volcanic materials and rocks with farm tools at Waimatan village on Lembata island. “We want to bury them with the respect they deserve.”

In all, landslides and flooding have killed at least 140 across several islands in Indonesia as well as 27 people in neighboring East Timor. Thousands of homes have been damaged and thousands of people displaced by the weather, which is expected to continue until at least Friday as the storm moves south toward Australia.

Rescue efforts were being hampered by the rains and the remoteness of the area, where roads and bridges were damaged in many places.

Rescue personnel with excavators and tons of food and medicine were being deployed from Makassar city on Sulawesi island, but were hindered by bad weather and extremely high waves.

He said evacuees were in dire need of basic necessities such as blankets, mats, tents, baby food and medical services.

The government provided tens of thousands of anti-coronavirus masks, and Mr. Monardo said authorities would set up health posts at refugee camps to test people for the virus.

He said six navy ships, including a hospital ship, carrying more goods were expected to arrive on Friday to relieve overwhelmed hospitals and clinics in East Nusa Tenggara, one of Indonesia’s poorest provinces. 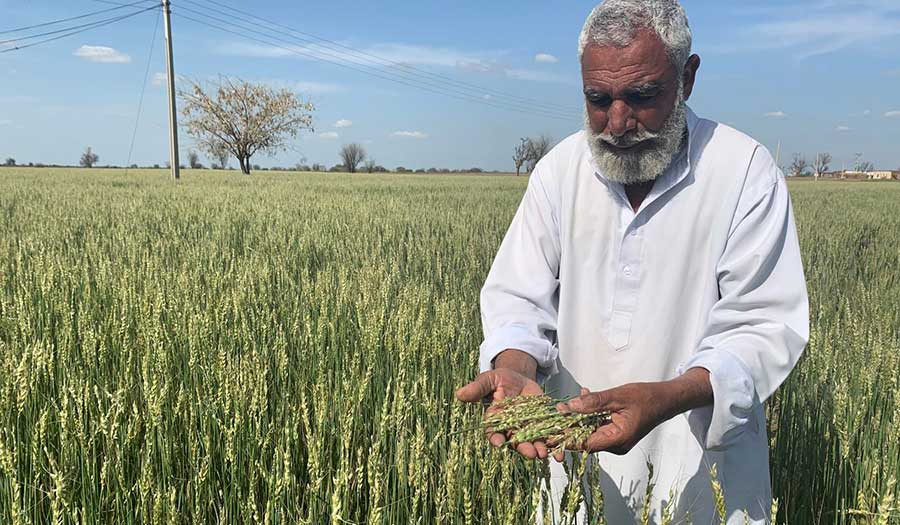 Extreme Weather, More People Drive Pakistan Toward a Wheat Crisis
PIRA FATEHAL, Pakistan (Thomson Reuters Foundation) – Gul Muhammad was expecting a decent wheat harvest this year—until torrential rains and chance hailstorms in March destroyed the crops on his farm, leaving him with no income and no way to feed his family of 10.