This website requires the use of Javascript to function correctly. Performance and usage will suffer if it remains disabled.
How to Enable Javascript
Scientists in U.S. and Canada Set to Battle Murder Hornets

Scientists in U.S. and Canada Set to Battle Murder Hornets 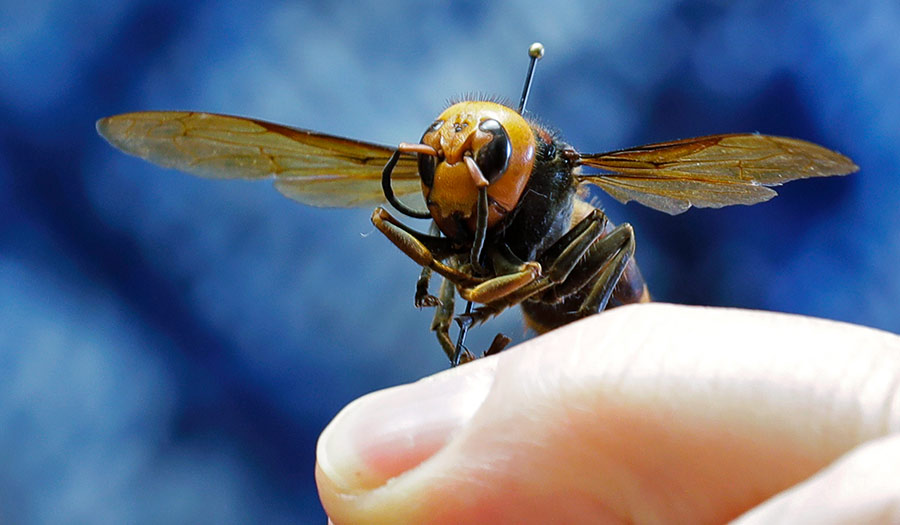 An Asian giant hornet from Japan is held on a pin.

SPOKANE, Washington (AP) – Scientists in the U.S. and Canada are opening new fronts in the war against so-called murder hornets as the giant insects begin establishing nests this spring.

The scientists said Wednesday that the battle to prevent the apex predators from establishing a foothold in North America is being fought mostly in Whatcom County, Washington, and the nearby Fraser Valley of British Columbia, where the hornets have been spotted in recent years.

“This is not a species we want to tolerate here in the United States,” said Sven-Erik Spichiger of the Washington state Department of Agriculture, which eradicated a nest of the Asian giant hornets last year. “The Asian giant hornet is not supposed to be here.”

“We may not get them all, but we will get as many as we can,” he said of eradication efforts this year.

Paul van Westendorp of the British Columbia Ministry of Agriculture, Food and Fisheries said the hornets pose threats to human life, to valuable bee populations needed to pollinate crops and to other insects.

“It’s an absolutely serious danger to our health and well-being,” he said. “These are intimidating insects.”

One major front will be setting thousands of traps this spring to capture queens that are trying to establish nests, officials said. Both government agencies and private citizens will set traps, they said.

Another effort is underway to determine exactly where in Asia these hornets came from, to try and learn how they are getting across the Pacific Ocean, scientists said. The theory is they are crossing on cargo ships, Mr. Spichiger said.

Scientists have been studying the genetics of captured hornets and comparing them with those that exist in South Korea, Japan and China, Mr. Spichiger said.

But it is not clear that the hornets found in North America actually migrated directly from those countries, said Anne LeBrun, a scientist for the U.S. Department of Agriculture. The agency is working to pin down the origin of murder hornets found here.

Hornet queens tend to emerge from winter quarters in the spring and establish nests to birth worker hornets. The hornets start attacking and destroying beneficial honeybees later in the year, eating the bees for protein as they raise more hornets, Mr. Spichiger said.

Whatcom County is about 55 miles south of Vancouver, British Columbia.

The Washington state agency will continue using orange juice and rice cooking wine in traps this year, while citizens can use either orange juice or a brown sugar-based bait, officials said. Residents in Whatcom, Skagit, San Juan, Island, Jefferson, and Clallam counties in Washington have been encouraged to make their own traps starting in July.

Half of the confirmed reports of the species in the state last year and all of the reports about the hornets in British Columbia came from members of the public, officials said.

The first confirmed detection of an Asian giant hornet in Washington was made in December 2019 and the first hornet was trapped last July. Several more were subsequently caught, all in Whatcom County, which is in the northwestern corner of the state.

Asian giant hornets, an invasive pest not native to the U.S., are the world’s largest hornet and a predator of honeybees and other insects. A small group of Asian giant hornets can kill an entire honeybee hive in a matter of hours. The honeybees pollinate many of the crops in Washington’s multibillion-dollar agriculture industry.

Asian giant hornets can deliver painful stings to people and spit venom. Despite their nickname and the hype that has stirred fears, the world’s largest hornets kill at most a few dozen people a year in Asian countries, and experts say it is probably far less. Meanwhile, hornets, wasps and bees typically found in the United States kill an average of 62 people a year, the U.S. Centers for Disease Control and Prevention has said.

The real threat from Asian giant hornets—which are 2 inches long—is their devastating attacks on honeybees, which are already under siege from problems like mites, diseases, pesticides and the loss of food. 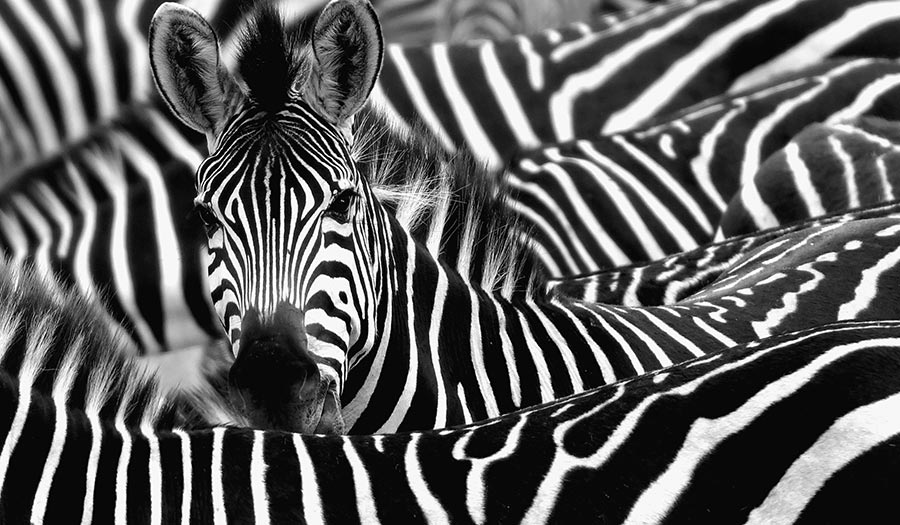 Zebra Stripes Prove the Genius in Nature
Zebra stripes are dazzling—particularly to flies.