This website requires the use of Javascript to function correctly. Performance and usage will suffer if it remains disabled.
How to Enable Javascript
Taliban Expect U.S. Withdrawal, Vow to Restore Islamic Rule 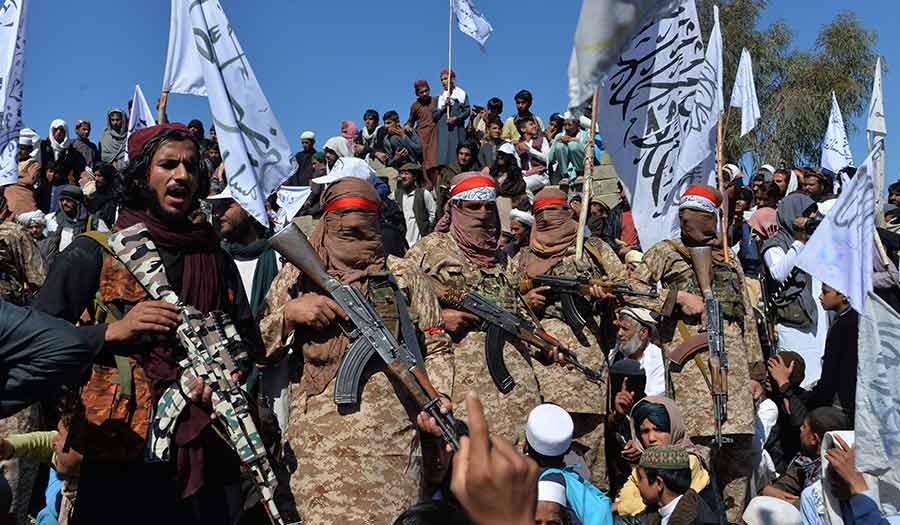 MOSCOW (AP) – The Taliban warned Washington on Friday against defying a May 1 deadline for the withdrawal of American and NATO troops from Afghanistan, promising a “reaction,” which could mean increased attacks by the insurgent group.

The Taliban issued their warning at a press conference in Moscow, the day after meeting with senior Afghan government negotiators and international observers to try to jumpstart a stalled peace process to end Afghanistan’s decades of war.

President Joe Biden’s administration says it is reviewing an agreement the Taliban signed with the Trump administration. Mr. Biden told ABC in an interview Wednesday that the May 1 deadline “could happen, but it is tough,” adding that if the deadline is extended it won’t be by “a lot longer.”

“They should go,” Suhail Shaheen, a member of the Taliban negotiation team, told reporters, warning that staying beyond May 1 would breach the deal. “After that, it will be a kind of violation of the agreement. That violation would not be from our side…Their violation will have a reaction.”

He did not elaborate on what form the “reaction” would take, but in keeping with the agreement they signed in February 2020, the Taliban have not attacked U.S. or NATO forces, even as unclaimed bombings and targeted killings have spiked in recent months.

“We hope that this will not happen, that they withdraw and we focus on the settlement, peaceful settlement of the Afghan issue, in order to bring about a permanent and comprehensive ceasefire at the end of reaching a political roadmap [for] Afghanistan,” Mr. Shaheen said.

Mr. Shaheen did not say whether the Taliban would accept elections, but he emphasized that the government of President Ashraf Ghani would not fit their definition of an Islamic government.

But even without the Taliban in government in Afghanistan, The Georgetown Institute for Women, Peace and Security Afghanistan said Afghanistan was one of the worst places in the world to be a woman in 2020.

In the two decades since the Taliban were ousted, successive governments in Kabul have been unable to ratify a law outlawing violence against women.

Meanwhile, the Taliban refused to promise they would not launch a spring offensive despite calls from the United States, Russia and China.

“I started Jihad [holy war] to remove foreign forces from my country and establish an Islamic government and Jihad will continue until we reach that goal through a political agreement,” said Khairullah Khairkhwa, a member of the negotiating team, who was one of five Taliban freed from U.S. prison on Guantanamo Bay in 2013 in exchange for the release of a captured U.S. soldier.

Washington has been at war in Afghanistan for nearly two decades, since the September 11, 2001 terrorist attacks masterminded by al-Qaida leader Osama bin Laden who was based in Taliban-ruled Afghanistan. The invasion toppled the Taliban regime but the 20-year-war has made Afghanistan America’s longest conflict.

The Taliban, who during their rule imposed a harsh brand of Islam, now control about half of the country. U.S. Secretary of State Antony Blinken has warned that the insurgents could make even more gains without U.S. and NATO troops on the ground.

In a statement issued after the talks, Russia, the U.S., China and Pakistan called on the warring parties to reduce the level of violence in the country—and specifically urged the Taliban not to pursue a spring offensive.

The joint statement emphasized that the four countries do not support the restoration of an Islamic emirate in Afghanistan similar to the Taliban’s past rule.

Mr. Shaheen emphasized that the Taliban would stick to the goal of building an Islamic state. He argued that the Afghans themselves should determine their government order without outside meddling. He added that the talks in Doha should help determine the future governance structure.

The talks in Qatar between the Afghan government and the Taliban have stalled, but Russia voiced hope that the talks in Moscow could help reinvigorate them. 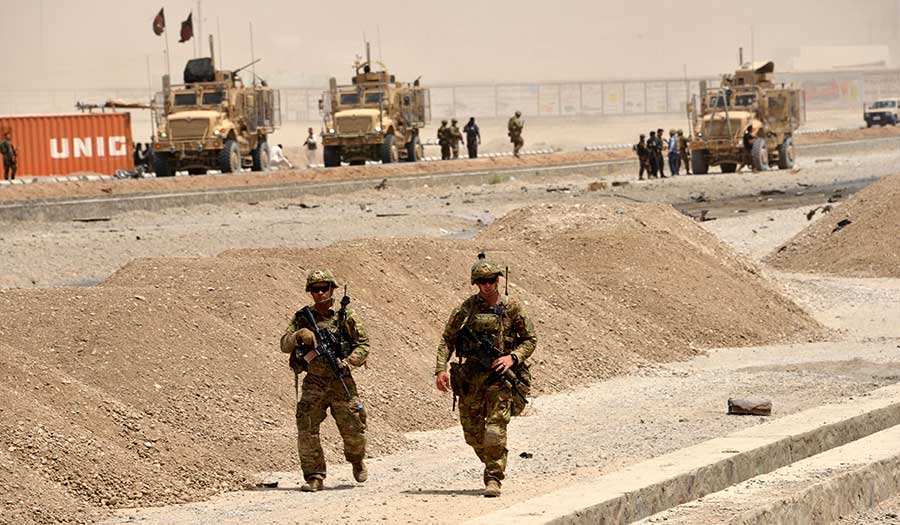 Stuck in the Sand: Will the U.S. Ever Get Out of Afghanistan?
It is America’s longest war. And the United States does not appear to be leaving the Middle East nation anytime soon.