This website requires the use of Javascript to function correctly. Performance and usage will suffer if it remains disabled.
How to Enable Javascript
China’s Worst Sandstorm in Decade Symptom of Deforestation 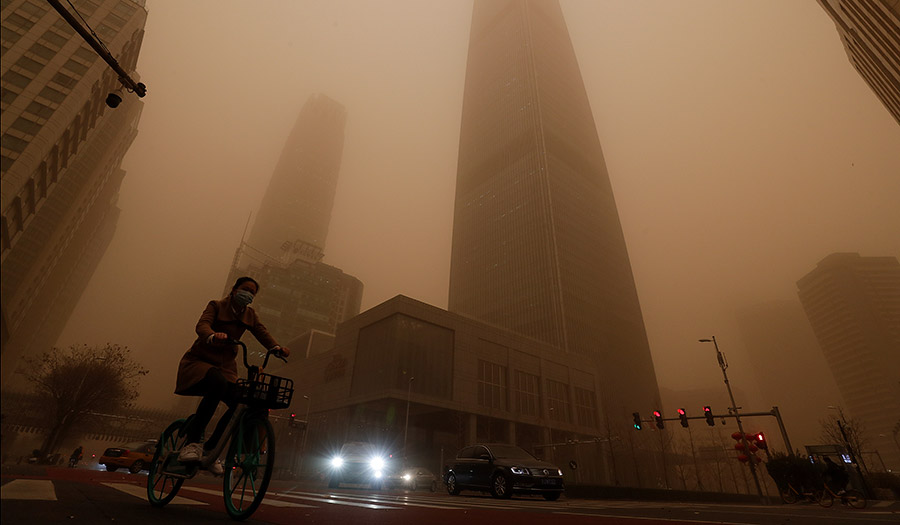 AP/Andy Wong
A cyclist and motorists move past office buildings during a sandstorm, in the central business district in Beijing (March 15, 2021).

BEIJING (AP) – China’s capital and a wide swath of the country’s north were enveloped Monday in the worst sandstorm in a decade, forcing the cancelation of hundreds of flights.

Skyscrapers in the center of Beijing appeared to drop from sight amid the dust and sand. Traffic was snarled and more than 400 flights out of the capital’s two main airports were canceled amid high winds and low visibility.

The National Meteorological Center said Monday’s storm had developed in the Gobi Desert in the Inner Mongolia Region, where schools had been advised to close and bus service added to reduce residents’ exposure to the harsh conditions.

Such storms used to occur regularly in the springtime as sand from western deserts blew eastwards, affecting areas as far as northern Japan.

Beijing has planted a “great green wall” of trees to trap incoming dust, and has also tried to create air corridors that channel the wind and allow sand and other pollutants to pass through more quickly. But the expansion of cities and industries, along with strip mining and overgrazing, has put constant pressure on the environment throughout China. With its mix of desert and grassy steppe, Inner Mongolia is particularly prone to extreme weather resulting from deforestation and other resource exploitation.

“This is the most intense sandstorm weather our country has seen in 10 years, as well as it covering the broadest area,” the National Meteorological Center said in a post on its website.

It wasn’t clear if the storm was related to a recent general decline in air quality despite efforts to end Beijing’s choking smog.

Beijing and surrounding regions have suffered from high levels of pollution in recent weeks, with the city shrouded in smog during the national session of parliament which began on March 5.

“It’s hard to claim we are moving forward when you can’t see what’s in front,” Li Shuo, climate advisor with Greenpeace in Beijing, tweeted on Monday. 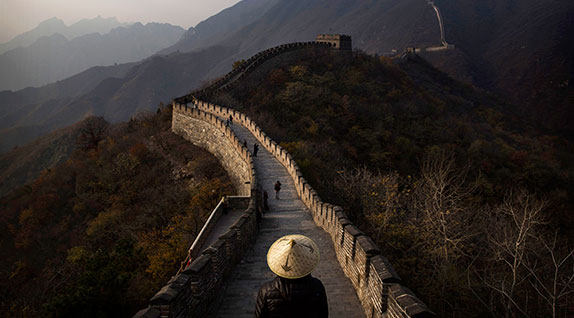