This website requires the use of Javascript to function correctly. Performance and usage will suffer if it remains disabled.
How to Enable Javascript
Pope Visits Iraq amid Christian Persecution by ISIS 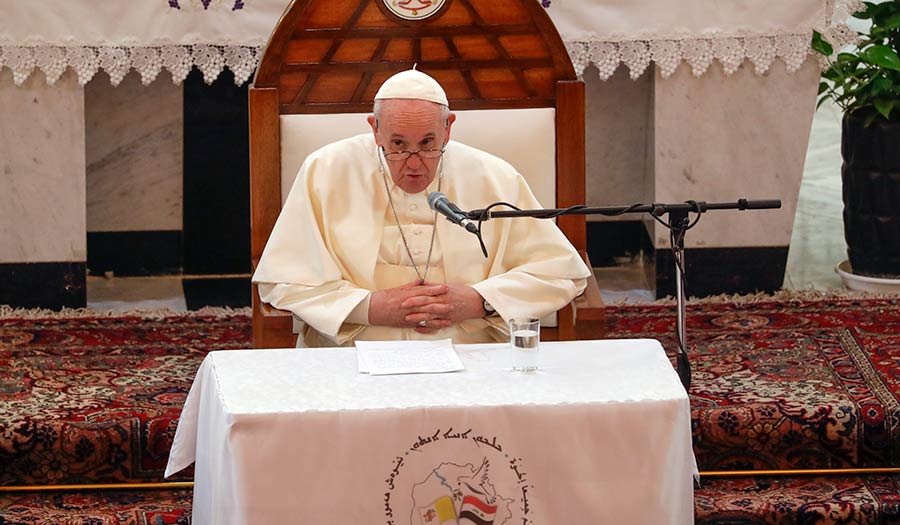 AP/Andrew Medichini
Pope Francis delivers a speech during a meeting with bishops and priests at the Sayidat al-Nejat Cathedral in Baghdad, Iraq (March 5, 2021).

A jihadist message, “Islamic State endures,” is still graffitied on the front gate of Thanoun Yahya, an Iraqi Christian from the northern city of Mosul, scrawled by Islamist militants who occupied his home for three years when they ruled the city.

He refuses to remove it, partly in defiance of the militants who were eventually beaten by Iraqi forces, but also as a reminder that Iraq’s scattered and dwindling Christian community still lives a precarious existence.

“They’re gone, they can’t hurt us,” said the 59-year-old, sitting in his home which he reclaimed when Islamic State was driven out in 2017. “But there aren’t many of us left. The younger generation want to leave.”

The stark choice facing many Christians in Muslim-majority Iraq will be highlighted during the first ever papal visit to the nation. Pope Francis arrived in Iraq on Friday to urge the country’s dwindling number of Christians to stay put and help rebuild the country after years of war and persecution.

Iraqi Foreign Minister Fuad Hussein said Iraqis were eager to welcome the pope’s “message of peace and tolerance” and described the visit as a historic meeting between the “minaret and the bells.” Among the highlights of the three-day visit is Francis’ private meeting Saturday with the country’s top Shiite cleric, Grand Ayatollah Ali al-Sistani, a revered figure in Iraq and beyond.

Mr. Yahya sold the family’s metalwork shop to pay a ransom for his brother, kidnapped by al Qaeda militants in 2004 at a time when Christians were being abducted and executed.

Since then, he has watched siblings leave for foreign countries and work and income dry up.

Of 20 relatives who once lived in the neighborhood, only his family of six remain.

Iraq’s Christians have endured unrest over centuries, but a mass exodus began after the U.S.-led invasion of Iraq in 2003 and accelerated during the reign of Islamic State, which brutalized minorities and Muslims alike.

Hundreds of thousands left for nearby areas and Western countries.

Across Iraq’s northern Nineveh Plains, home to some of the oldest churches and monasteries in the world, the remaining Christians often live displaced in villages that fell easily to Islamic State in 2014 or in enclaves of bigger cities such as Mosul and the nearby self-run Kurdish region.

The Islamists’ rule over almost a third of Iraq, with Mosul as their capital, ended in 2017 in a destructive battle with security forces.

Iraq’s indigenous Christians are estimated to number around 300,000, a fifth of the 1.5 million who lived in the country before the 2003 invasion that toppled Sunni Muslim leader Saddam Hussein.

Christians were tolerated under Hussein, but singled out for kidnappings and killings in the communal bloodshed of the mid-2000s onwards. 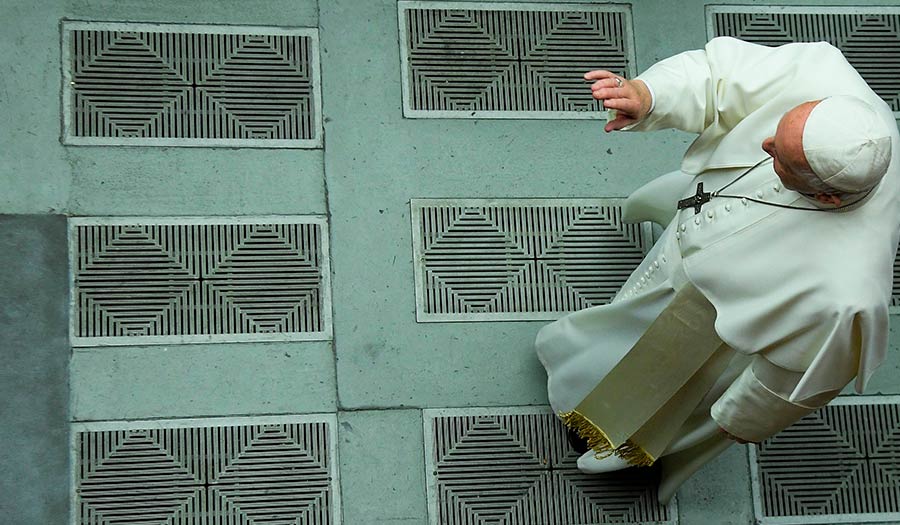 The Pope: ‘Christendom No Longer Exists’
The Catholic Church—along with Protestant Christianity—is in the midst of a culture war pitting traditionalists against progressives. For average parishioners, the conflict should elicit important questions.