This website requires the use of Javascript to function correctly. Performance and usage will suffer if it remains disabled.
How to Enable Javascript
Iran Says U.S. Move to Seize Oil Shipment Is ‘Act of Piracy’ 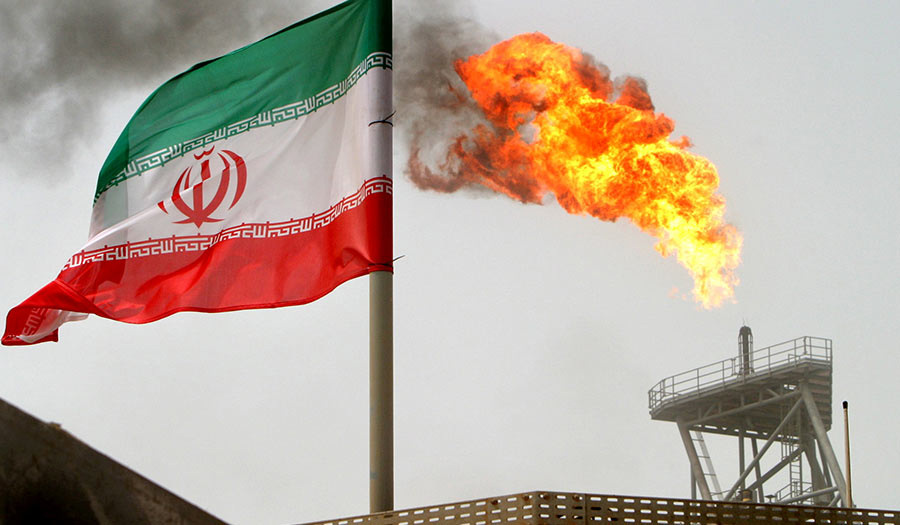 A gas flare on an oil production platform is seen alongside an Iranian flag in the Gulf (July 25, 2005).

DUBAI (Reuters) – Iran said on Monday that a U.S. move this month to seize a cargo of oil on the grounds that it came from Tehran was an act of piracy, adding that the shipment did not belong to the Iranian government.

Washington filed a lawsuit earlier this month to seize the cargo, alleging that Iran sought to mask the origin of the oil by transferring it to several vessels before it ended up aboard the Liberian-flagged Achilleas tanker destined for China.

“This shipment does not belong to the Iranian government. It belongs to the private sector,” Foreign Ministry spokesman Saeed Khatibzadeh told a weekly news conference.

He did not elaborate on what he meant by the private sector.

The Achilleas last reported its position on Sunday as anchored within the Galveston Offshore Lightering Area, which is outside the U.S. Gulf port of Galveston, Refinitiv ship tracking data showed on Monday.

A U.S. official said last week that Washington had sold more than a million barrels of Iranian fuel seized under its sanctions program last year.

Tensions have mounted between Washington and Tehran since 2018, when former U.S. President Donald Trump abandoned Iran’s 2015 nuclear deal with six major powers and reimposed sanctions on the country.

U.S. President Joe Biden has pledged to revive the nuclear deal if Tehran returns to full compliance with the accord.

“It is very unfortunate that such an act of piracy is happening under the new U.S. administration...a solution should be found to stop such acts of piracy by anyone for any reason,” the spokesman Mr. Khatibzadeh added.