This website requires the use of Javascript to function correctly. Performance and usage will suffer if it remains disabled.
How to Enable Javascript
As War Rages, Over 2 Million Yemeni Children May Starve in 2021

As War Rages, Over 2 Million Yemeni Children May Starve in 2021 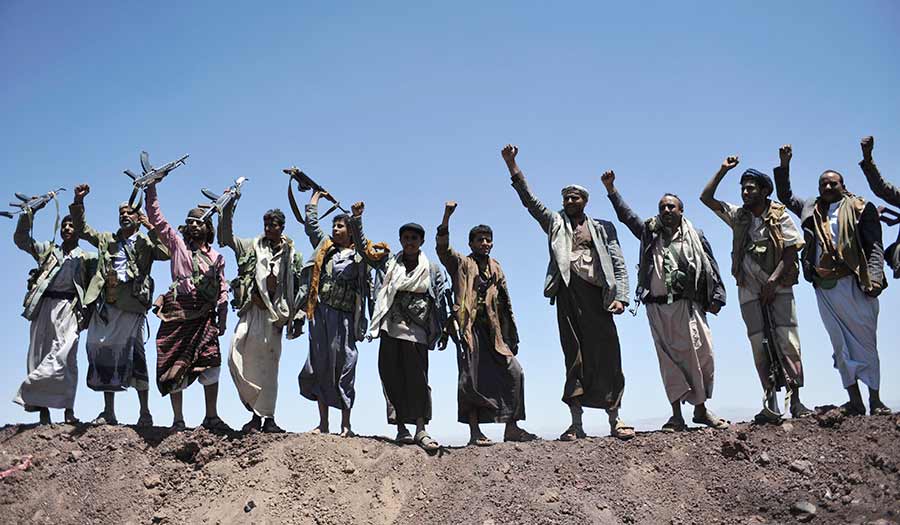 AP/Hani Mohammed
Houthi rebels chant slogans at an army compound after they took it over in Sanaa, Yemen (Sept. 22, 2014).

CAIRO (AP) – More than 2 million Yemeni children under the age of 5 are expected to endure acute malnutrition in 2021, four United Nations agencies said Friday, urging stakeholders to end the yearslong conflict that has brought the Arab world’s poorest country to the brink of famine.

The UN report warned that nearly one in six of those kids—400,000 of the 2.3 million—are at risk of death due to severe acute malnutrition this year, a significant increase from last year’s estimates. The report also said a lack of funds was hampering humanitarian programs in Yemen, as donor nations have failed to make good on their commitments.

Compounding the crisis, around 1.2 million pregnant or breastfeeding women in Yemen are also projected to be acutely malnourished this year.

“These numbers are yet another cry for help from Yemen, where each malnourished child also means a family struggling to survive,” said David Beasley, executive director of the World Food Program, which jointly issued the report with the Food and Agriculture Organization, UNICEF and the World Health Organization.

“The crisis in Yemen is a toxic mix of conflict, economic collapse and a severe shortage of funding,” Mr. Beasley explained. In 2020, humanitarian programs in Yemen received only $1.9 billion of the required $3.4 billion, the report said.

UNICEF estimates that virtually all of Yemen’s 12 million children require some sort of assistance. This can include food aid, health services, clean water, schooling and cash grants to help the poorest families scrape by.

“But there is a solution to hunger, and that’s food and an end to the violence,” Mr. Beasley said.

Yemenis have suffered six years of bloodshed, destruction and humanitarian catastrophe. In 2014, the Iran-allied Houthi rebels seized the capital and much of the country’s north. A Saudi-led coalition launched a sweeping military intervention months later to restore the UN-backed government. Despite relentless Saudi airstrikes and a blockade of Yemen, the war has ground to a stalemate.

President Joe Biden recently announced that the U.S. will no longer support the Saudi-led coalition. But reaching peace will be a difficult path.

Mr. Biden also reversed the Mr. Trump administration’s designation of the Houthis as a terrorist organization.

Yemen’s war began in September 2014, when the Houthis seized the capital Sanaa. Saudi Arabia, along with the United Arab Emirates and other countries, entered the war alongside Yemen’s internationally recognized government in March 2015. The war has killed some 130,000 people and driven the Arab world’s poorest country to the brink of famine. 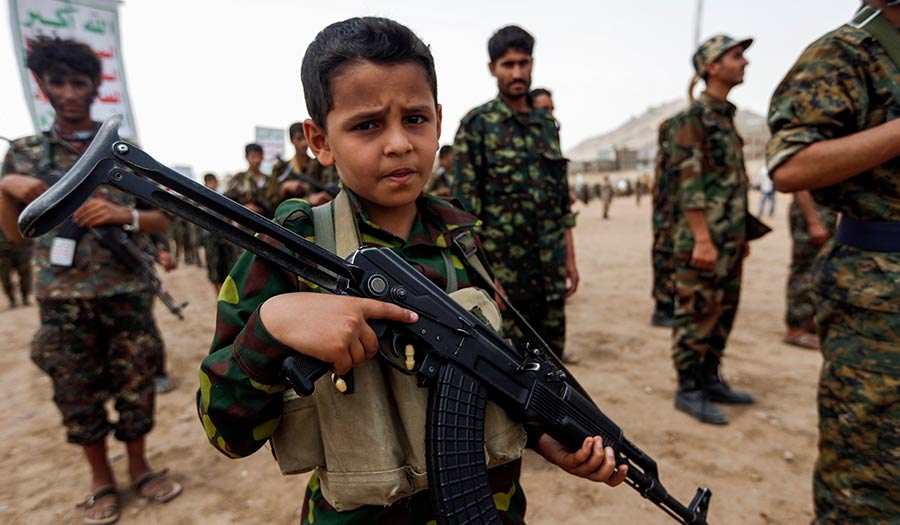 Trapped: Yemen’s Never-ending Civil War
Citizens of the fractured Middle East nation continue to suffer and historical examples paint a bleak picture of its future. Yet there is hope for the Yemeni people.