This website requires the use of Javascript to function correctly. Performance and usage will suffer if it remains disabled.
How to Enable Javascript
NASA Rover Faces ‘Seven Minutes of Terror’ Before Landing on Mars 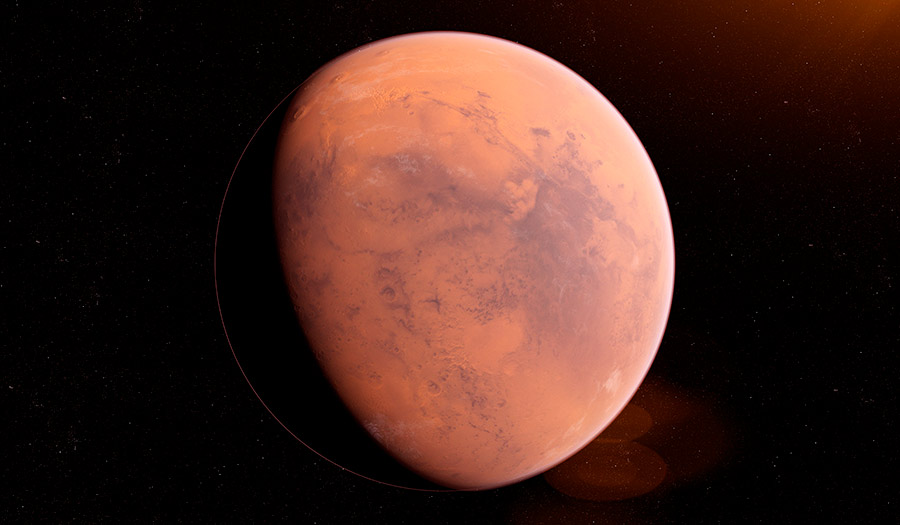 LOS ANGELES (Reuters) – When NASA’s Mars rover Perseverance, a robotic astrobiology lab packed inside a space capsule, hits the final stretch of its seven-month journey from Earth this week, it is set to emit a radio alert as it streaks into the thin Martian atmosphere.

By the time that signal reaches mission managers some 127 million miles away at the Jet Propulsion Laboratory (JPL) near Los Angeles, Perseverance will already have landed on the Red Planet—hopefully in one piece.

The six-wheeled rover is expected to take seven minutes to descend from the top of the Martian atmosphere to the planet’s surface in less time than the 11-minute-plus radio transmission to Earth. Thus, Thursday’s final, self-guided descent of the rover spacecraft is set to occur during a white-knuckled interval that JPL engineers affectionately refer to as the “seven minutes of terror.”

Al Chen, head of the JPL descent and landing team, called it the most critical and most dangerous part of the $2.7 billion mission.

“Success is never assured,” Mr. Chen told a recent news briefing. “And that’s especially true when we’re trying to land the biggest, heaviest and most complicated rover we’ve ever built to the most dangerous site we’ve ever attempted to land at.”

Much is riding on the outcome. Building on discoveries of nearly 20 U.S. outings to Mars dating back to Mariner 4’s 1965 flyby, Perseverance may pave the way for eventual human missions to the fourth planet from the sun. A safe landing, as always, comes first.

Success will hinge on a complex sequence of events unfolding without a hitch—from inflation of a giant, supersonic parachute to deployment of a jet-powered “sky crane” that will descend to a safe landing spot and hover above the surface while lowering the rover to the ground on a tether.

“Perseverance has to do this all on her own,” Mr. Chen said. “We can’t help it during this period.”

If all goes as planned, NASA’s team would receive a follow-up radio signal shortly before 1 p.m. Pacific time confirming that Perseverance landed on Martian soil at the edge of an ancient, long-vanished river delta and lake bed.

Science on the Surface

From there, the nuclear battery-powered rover, roughly the size of a small SUV, will embark on the primary objective of its two-year mission—engaging a complex suite of instruments in the search for signs of microbial life that may have flourished on Mars billions of years ago.

Advanced power tools will drill samples from Martian rock and seal them into cigar-sized tubes for eventual return to Earth for further analysis—the first such specimens ever collected by humankind from the surface of another planet.

Two future missions to retrieve those samples and fly them back to Earth are in the planning stages by NASA, in collaboration with the European Space Agency.

Perseverance, the fifth and by far most sophisticated rover vehicle NASA has sent to Mars since Sojourner in 1997, also incorporates several pioneering features not directly related to astrobiology.

Among them is a small drone helicopter, nicknamed Ingenuity, that will test surface-to-surface powered flight on another world for the first time. If successful, the four-pound whirlybird could pave the way for low-altitude aerial surveillance of Mars during later missions.

Another experiment is a device to extract pure oxygen from carbon dioxide in the Martian atmosphere, a tool that could prove invaluable for future human life support on Mars and for producing rocket propellant to fly astronauts home.

The mission’s first hurdle after a 293-million-mile flight from Earth is delivering the rover intact to the floor of Jerezo Crater, a 28-mile-wide expanse that scientists believe may harbor a rich trove of fossilized microorganisms.

“It is a spectacular landing site,” project scientist Ken Farley told reporters on a teleconference.

What makes the crater’s rugged terrain—deeply carved by long-vanished flows of liquid water—so tantalizing as a research site also makes it treacherous as a landing zone.

The descent sequence, an upgrade from NASA’s last rover mission in 2012, begins as Perseverance, encased in a protective shell, pierces the Martian atmosphere at 12,000 miles per hour, nearly 16 times the speed of sound on Earth.

After a parachute deployment to slow its plunge, the descent capsule’s heat shield is set to fall away to release a jet-propelled “sky crane” hovercraft with the rover attached to its belly.

Once the parachute is jettisoned, the sky crane’s jet thrusters are set to immediately fire, slowing its descent to walking speed as it nears the crater floor and self-navigates to a smooth landing site, steering clear of boulders, cliffs and sand dunes.

Hovering over the surface, the sky crane is due to lower Perseverance on nylon tethers, sever the chords when the rover’s wheels reach the surface, then fly off to crash a safe distance away.