This website requires the use of Javascript to function correctly. Performance and usage will suffer if it remains disabled.
How to Enable Javascript
Gunmen Kill More than 100 in Ethiopia Attack 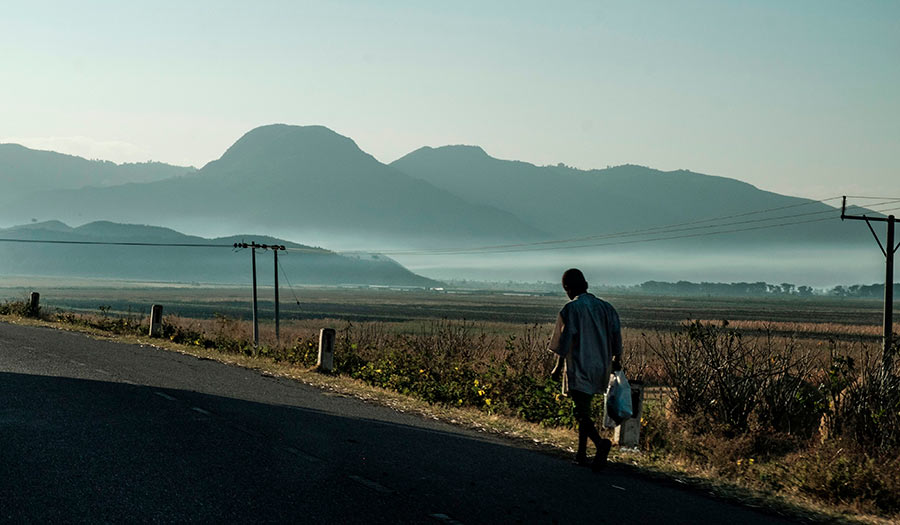 Eduardo Sotera/AFP via Getty Images
A young person walks on the side of the road in a rural area in Ethiopia (Dec. 13, 2020).

ADDIS ABABA (Reuters) – Gunmen killed more than 100 people in a dawn attack in the western Benishangul-Gumuz region of Ethiopia on Wednesday, the human rights commission said, as residents described fleeing the latest deadly assault in an area bedeviled by ethnic violence.

The attack occurred in the village of Bekoji in Bulen county in the Metekel zone, the state-run Ethiopian Human Rights Commission said in a statement, an area where multiple ethnic groups are living.

Africa’s second-most populous nation has been grappling with regular outbreaks of deadly violence since Prime Minister Abiy Ahmed was appointed in 2018 and accelerated democratic reforms that loosened the state’s iron grip on regional rivalries.

Elections due next year have further inflamed simmering tensions over land, power and resources.

In a separate part of the country, Ethiopia’s military has been fighting rebels in the northern Tigray region for over six weeks in a conflict that has displaced close to 950,000 people. The deployment of federal troops there has raised fears of a security vacuum in other restive regions.

Ethiopia is also fighting an insurgency in the Oromiya region and faces long-running security threats from Somali Islamist militants along its porous eastern border.

Gashu Dugaz, a senior regional security official, said authorities were aware of the Benishangul-Gumuz attack and were verifying the identities of the attackers and the victims, but did not give further information.

The region is home to several ethnic groups including the Gumuz people. But in recent years farmers and businessmen from the neighboring Amhara region have begun moving into the area, prompting some Gumuz to complain that fertile land has been taken.

Some Amhara leaders are now saying that some of the land in the region—especially in the Metekel zone—rightfully belongs to them, claims that have angered Gumuz people.

“In previous attacks it was people who came from ‘the forest’ who were involved but, in this case, victims said they knew the people involved in the attack,” the rights commission said in its statement.

Belay Wajera, a farmer in the western town of Bulen, told Reuters he counted 82 dead bodies in a field near his home after Wednesday’s raid. He and his family awoke to the sound of gunshots and ran out of their home as men shouted “catch them,” he said. His wife and five of his children were shot dead, he was hit while four other children escaped and are now missing, Wajera told Reuters by phone late on Wednesday.

Another resident of the town, Hassen Yimama, said armed men stormed the area around 6 a.m. He told Reuters that he counted 20 bodies in a different location. He grabbed his own weapon but assailants shot him in the stomach.

A local medic said he and colleagues treated 38 injured people, most suffering from gunshot wounds. Patients told him of relatives who were killed with knives and told him that gunmen set houses on fire and shot at people trying to escape, he said.

“We weren’t prepared for this and we are out of medicine,” a nurse at the same facility told Reuters, adding that a five-year-old child died while being transferred to the clinic.

The attack came a day after Mr. Abiy, the military chief of staff and other senior federal officials visited the region to urge calm after several deadly incidents in recent months, such as a November 14 assault in which gunmen targeted a bus and killed 34 people.

“The desire by enemies to divide Ethiopia along ethnic and religious lines still exists. This desire will remain unfulfilled,” Mr. Abiy tweeted on Tuesday along with photos of his meetings that day in the town of Metekel, near where the November 14 attack occurred.

He said residents’ wish for peace “outweighs any divisive agenda.”