This website requires the use of Javascript to function correctly. Performance and usage will suffer if it remains disabled.
How to Enable Javascript
Traffickers, Smugglers Exploiting COVID-19, Interpol Warns After Global Crackdown 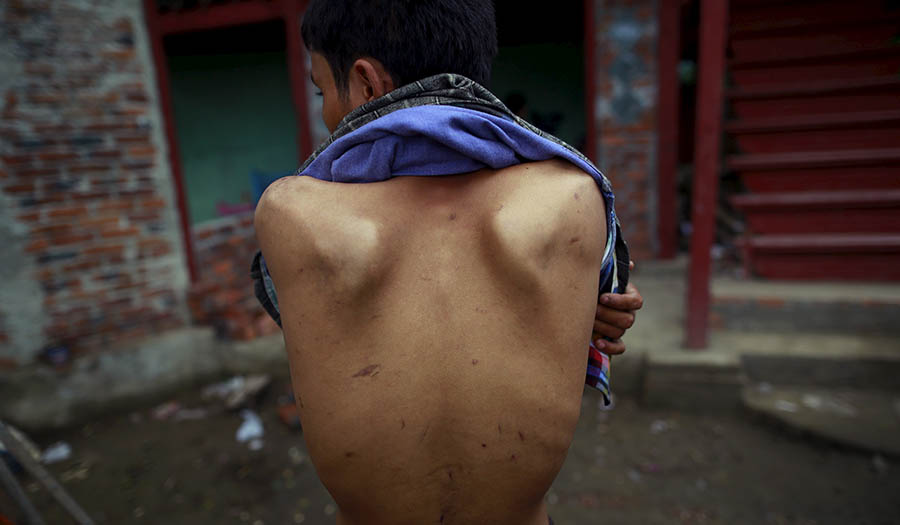 REUTERS/Soe Zeya Tun
A boy, released from a human trafficking boat, shows the scars he got from being hit by a captor onboard the boat, at a refugee camp outside Sittwe, Myanmar (May 19, 2015).

LONDON (Thomson Reuters Foundation) – Dozens of suspected victims of human trafficking were rescued and more than 200 people arrested in a global crackdown on smuggling and trafficking networks, Interpol said on Friday.

The recent week-long operation involved authorities from 32 nations across several continents and led to the identification of 3,500 irregular migrants, the global police agency said.

The operation highlighted how the coronavirus pandemic has left a rising number of people vulnerable to trafficking worldwide, said Interpol Secretary-General Jurgen Stock.

“Organized crime groups continue to take advantage of vulnerable people seeking a better life, especially during COVID-19, and demand large sums of money with little or no concern for their welfare,” Mr. Stock said in a statement.

Several anti-trafficking experts told the Thomson Reuters Foundation in October that fallout from COVID-19 was driving more people into forced labor or sexual exploitation while support services for survivors have been suspended or shut.

Interpol said at least 30 of the more than 200 arrests made during the operation were linked to the sexual exploitation of female migrants and trafficking victims.

Unlike trafficking, which involves deception or control over another person for the purpose of exploitation, smuggling means entering another country illegally and is considered consensual.

About 25 million people globally are estimated to be victims of human trafficking, according to the United Nations’ International Labor Organization and rights group Walk Free.

Stolen Lives: Slavery in the 21st Century
When the police showed up to her hotel room, Karla Jacinto thought they were her salvation. She and a handful of underage girls had been taken somewhere in Mexico and forced into a prostitution ring “servicing clients.”