This website requires the use of Javascript to function correctly. Performance and usage will suffer if it remains disabled.
How to Enable Javascript
UN Warns Child Labor, Trafficking on the Rise in Troubled Mali 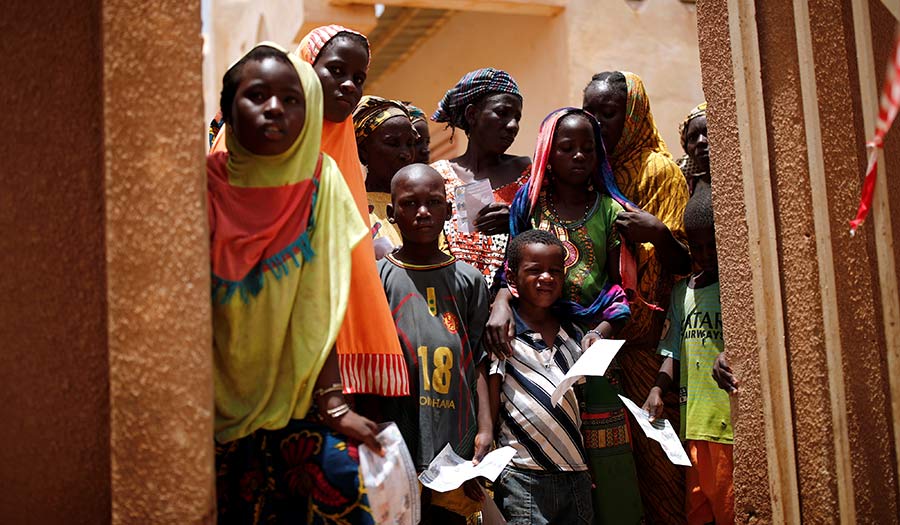 Reuters/Benoit Tessier
Local women and children arrive at an abandoned clinic to receive medical care from the French military in Ndaki, Mali (July 29, 2019).

DAKAR (Thomson Reuters Foundation) – More children have been trafficked, forced to work in gold mines and to fight as soldiers in Mali this year as conflict worsened and COVID-19 shut schools, the United Nations said on Tuesday.

With security in Mali deteriorating, a network of humanitarian agencies led by the UN Refugee Agency (UNHCR) documented 230 cases of child recruitment by armed groups in the first half of 2020, compared to 215 cases in all of 2019.

The agencies also found about 6,000 children, mostly boys, working in eight gold mining sites, after 24 children bound for the mines were rescued in June in the West African nation, one of the continent’s largest gold producers.

“As a result of conflict and socio-economic deterioration worsened by the pandemic, we are seeing some of the most egregious human rights violations in the Sahel,” said UNHCR’s Assistant High Commissioner for Protection, Gillian Triggs.

“Children are being forced to fight by armed groups, trafficked, raped, sold, forced into sexual or domestic servitude, or married off,” she said in a statement, which said the victims were Malian, as well as refugees and migrants.

Millions of children were out of school for about six months due to the coronavirus pandemic in Mali, where security is worsening as militants linked to al-Qaida and Islamic State have gained ground, making swaths of the country ungovernable.

“COVID-19 has come to make an already challenging situation even more difficult for children,” said Amavi Akpamagbo, Mali country director for Save the Children, adding that similar trends could be seen across the Central Sahel region.

“If this is not taken as a priority by donors and stakeholders…the education and protection of an entire generation of children will be at risk, with long-term consequences,” he told the Thomson Reuters Foundation.

Mali is a source, transit and destination country for transnational trafficking, but most trafficking happens within its borders, according to the U.S. State Department.

Armed groups forcibly recruit children and traffic them for labor in gold mines from which they profit, said UNHCR.

Child marriages could also spiral due to school closures, in a country where an estimated 53 percent of girls are married before the age of 18, it said.

Mali reopened most schools in September but aid groups have warned that many children still cannot access them due to conflict or may not go back because of poverty. 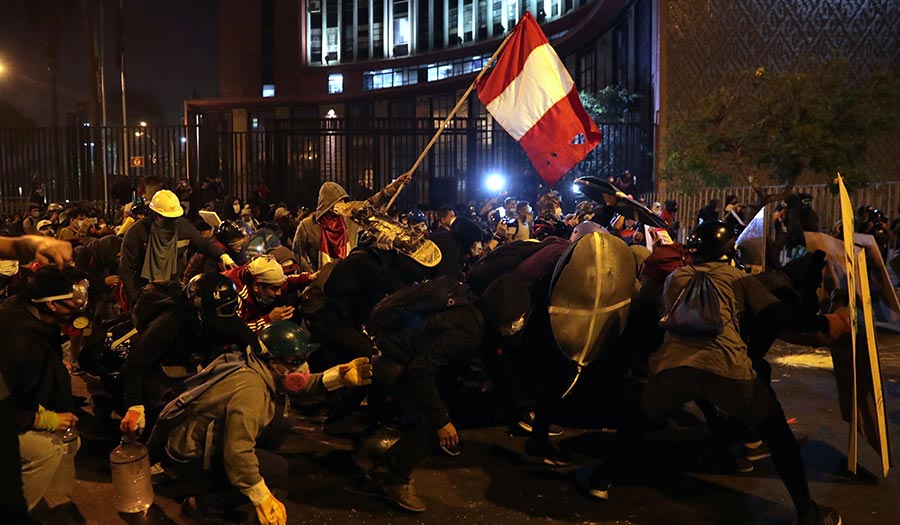 Peru’s Youth Have Taken Down a President. Now They Want More
LIMA (Reuters) – Grace Yarango is only 18 and she has already helped take down a president. Now she—and many other of Peru’s millennials and Generation Z youth—have their eyes on bigger prizes: changes to the constitution and reforming a widely disliked Congress.