This website requires the use of Javascript to function correctly. Performance and usage will suffer if it remains disabled.
How to Enable Javascript
ISIS Attack on Afghan University Leaves 22 Dead, 22 Wounded 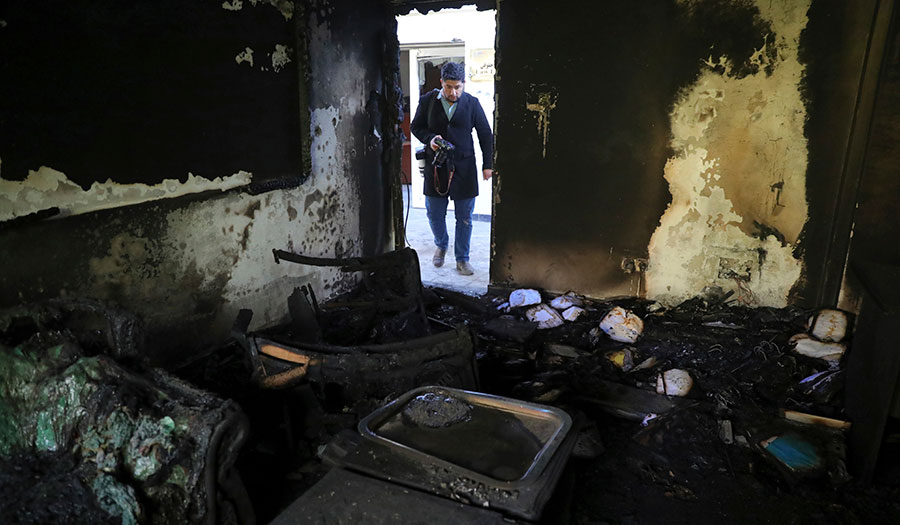 AP/Rahmat Gul
A burned office at the Kabul University is seen after a deadly attack in the Afghanistan capital (Nov. 3, 2020).

KABUL, Afghanistan (AP) – Islamic State militants in Afghanistan stormed Kabul University on Monday as it hosted a book fair attended by the Iranian ambassador, sparking an hours-long gunbattle and leaving at least 22 dead and 22 wounded at the war-torn country’s largest school.

Most of the casualties were students and there were fears the death toll could climb further with some of the wounded said to be in critical condition.

It was the second attack on an educational institution in Kabul two weeks. The Islamic State affiliate also claimed the earlier attack, on October 24, that killed at least 24 students and wounded more than 100 others at a tutoring center.

The Taliban promptly issued a statement denying they took part in Monday’s assault, which came as the insurgents continue peace talks with representatives of Kabul’s U.S.-backed government, with the aim to help the United States finally withdraw from Afghanistan. Later in the day, the Islamic State group claimed responsibility for the attack.

As the attack unfolded, students and teachers were seen fleeing the part of the campus where law and journalism schools are located, while hand grenades exploded and automatic rifle fire could be heard. Scores of Afghan special forces surrounded the campus, shepherding teachers and students to safety.

The chaos subsided as the sun set over the Afghan capital and the Interior Ministry’s spokesman, Tariq Arian, said all three attackers involved in the assault were killed.

The Islamic State group said it targeted newly graduated “judges and investigators belonging to the apostate Afghan government” gathered at the campus, according to the SITE Intelligence Group, which monitors terror online messaging.

The peace negotiations between the Taliban and the Kabul government, known as intra-Afghan talks, were part of a deal Washington signed with the insurgents in February. They are taking place in the Gulf Arab state of Qatar, and are seen as Afghanistan’s best chance at peace—though daily bloodshed has continued.