This website requires the use of Javascript to function correctly. Performance and usage will suffer if it remains disabled.
How to Enable Javascript
In His Comeback as Lebanon’s PM, Mr. Hariri Vows to Halt Collapse

In His Comeback as Lebanon’s PM, Mr. Hariri Vows to Halt Collapse 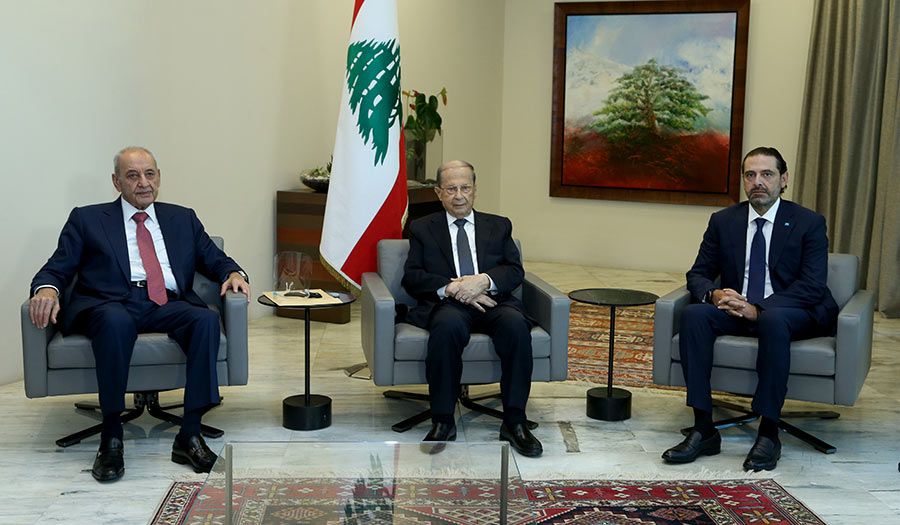 BEIRUT (Reuters) – Lebanese veteran politician Saad al-Hariri was named prime minister for a fourth time on Thursday and pledged to form a new government to tackle the country’s worst crisis since its 1975-1990 civil war.

After his nomination, Mr. Hariri said he would quickly form a cabinet of specialists to bring in economic and financial reforms set out in a French plan to get foreign aid.

But he faces major challenges to navigate Lebanon’s sectarian politics to agree a cabinet, which must then fix a mounting list of woes: a banking crisis, currency crash, rising poverty and state debts.

A new government will also have to contend with a COVID-19 surge and the fallout of the August explosion at Beirut port that killed nearly 200 people and caused billions of dollars of damage.

At 50, Hariri has already served three terms as premier—a post reserved for a Sunni in Lebanon’s power-sharing system. He quit almost exactly a year ago as the crisis erupted and protests gripped the country, furious at the ruling elite for decades of state graft and waste.

Mr. Hariri, the sole candidate in Thursday’s talks, was backed by a majority of parliamentarians.

“I tell the Lebanese who are suffering from hardships to the point of despair that I am determined to work to stop the collapse that is threatening our economy, our society and security,” he told reporters.

Senior UN official Jan Kubis warned Lebanon’s “traditional political forces” that the country could not survive without an effective government to ward off chaos. “Do not count on miracles, foreign elections or external donors—the rescue must start in Lebanon, by Lebanon,” he tweeted.

The nomination of Mr. Hariri, long aligned with Western and Gulf states, follows weeks of political wrangling that has delayed a deal on a new government. He was backed by his own Future Movement, the Shiite Amal party, Druze politician Walid Jumblatt’s party and other small blocs.

The armed Shiite group Hezbollah, which took part in Mr. Hariri’s last coalition cabinet, did not nominate anyone but said it would seek “to maintain the positive climate.”

Together with its allies, including Amal and President Michel Aoun’s party, they hold a majority in parliament.

Its rival the Lebanese Forces, the second biggest Christian bloc and a staunch Hezbollah opponent, also declined to name him.

Former colonial power France has tried rallying Lebanon’s sectarian leaders but has been frustrated by the apparent lack of urgency or progress.

Many in Beirut had little hope. Even in Tariq al-Jadida where the Hariri family holds sway, Lebanese were weary after a year of turmoil had turned public uproar into despair.

“Even if they bring a divine prime minister down from the sky, a government in Lebanon would not work, because fundamentally, there’s no state,” shop owner Mr. Adnan said.

In Hamra Street, Marwa Hodeib said she felt stuck in a loop. “I think we might all leave the country and they’ll still be here.”