This website requires the use of Javascript to function correctly. Performance and usage will suffer if it remains disabled.
How to Enable Javascript
Months into Pandemic, Iran Sees Worst Wave of Virus Deaths 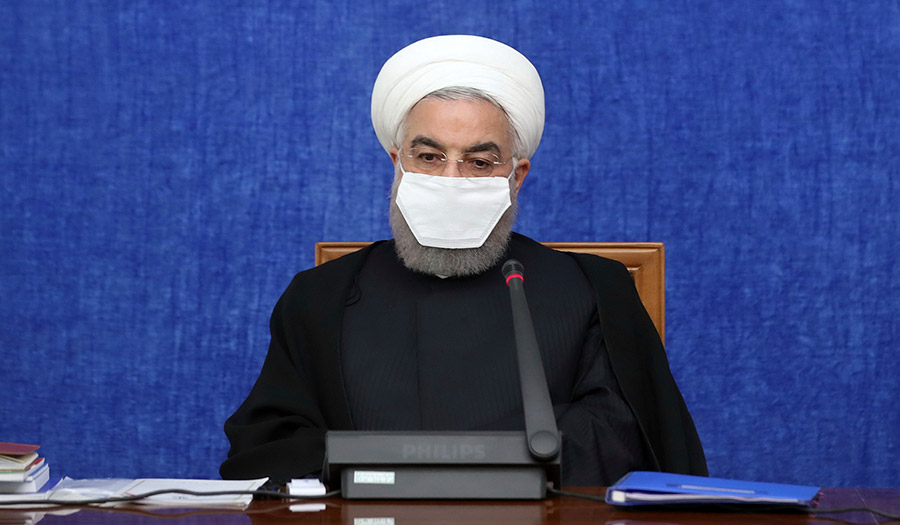 TEHRAN, Iran (AP)—Iran’s capital has run out of intensive care beds as the country confronts a new surge of infections that is filling hospitals and cemeteries alike. The single-day death toll hit a record high three times this week.

Eight months after the pandemic first stormed Iran, pummeling its already weakened economy and sickening officials at the highest levels of its government, authorities have not been able to prevent its spread. In a country devastated by American sanctions, the government considers an economic shutdown like the ones imposed in Europe and the United States impossible.

“The pandemic will not get any better in our country soon,” said Mohadeseh Karim, a 23-year-old college student in Tehran. “It is only getting worse day by day.”

On social media, Iranians describe chaotic scenes at overwhelmed hospitals. On state TV, gravediggers can be seen breaking new ground in cemeteries for virus victims, as the daily death toll shattered records Sunday, Monday and Wednesday. A top health official announced that overall hospitalizations in Tehran, the capital, were up 12 percent more than in even previous virus surges. Supreme Leader Ayatollah Ali Khamenei has ordered military hospitals to boost their capacities.

“The situation is very critical,” said Mino Mohraz, a member of the country’s coronavirus task force who said intensive care units in the capital are full. “There is not an empty bed for any new patient.”

Contradictory messages and measures have plagued the government’s virus response, helping propel the country’s toll of 29,600 reported deaths to No. 1 in the Middle East. At first, officials sought to play down the virus, and international experts accused them of covering up the scale of the outbreak.

Authorities declined to close crowded shrines and instead rallied citizens for a parliamentary election and the anniversary of the 1979 Islamic Revolution in February. As infections swelled in late March, the government briefly ordered offices and nonessential businesses to shut. Roughly two weeks later, shops and restaurants reopened in major cities. Last month, the government pushed for schools—which had been closed since March—to reopen.

But more recently, authorities have introduced restrictions and delivered dramatic warnings. One hospital director told state TV the death toll could reach what Iran incurred in eight years of bloody war with Iraq in the 1980s, a conflict that killed a total of 1 million people on both sides. Deputy Health Minister Iraj Harirchi declared this week that Iran’s true death toll was likely twice the official count.

The government, however, continues to oppose a nationwide lockdown, seeking to salvage an economy buckling under unprecedented U.S. sanctions imposed after President Donald Trump withdrew from Tehran’s nuclear deal with world powers.

As the government pivots back and forth, “Iranians are getting confused about what is right and what is wrong,” said Kamiar Alaei, an Iranian health policy expert at California State University, Long Beach.

Ordinary Iranians, accustomed to calamity and highly skeptical of state-run news and official claims, are still packing cafes, bazaars and restaurants, throwing caution to the wind.

Reza Ghasemi, a 31-year-old cellphone salesman sitting at a crowded cafe in the capital, said he believes the virus is a conspiracy to “frighten poor people.”

Still, in Tehran, a sprawling city of 10 million people where the virus has left few untouched, there are signs that fear is setting in.

Shocked by the soaring death rate, a growing number of Tehran residents have come to support tighter pandemic restrictions and obey the new mask mandate imposed this month. At a teahouse popular with laborers in the capital, an Associated Press journalist counted just 13 out of 57 customers who entered without a mask.

Authorities, trying to take tougher action, closed down a range of public places in Tehran early this month. Schools, universities, beauty salons, mosques, museums and libraries have been shuttered in the capital. On Wednesday, the Health Ministry imposed a travel ban to and from five major cities, including Tehran and the city of Mashhad, considered a holy location, ahead of a religious holiday.

While several countries are struggling with resurgences of the virus, the scale of Iran’s outbreak points to “mismanagement” at the highest levels, said Abbas Abdi, a Tehran-based political analyst.

“Resolving the crisis requires unity, power, managerial efficiency and ultimately trust in policymakers and officials,” Mr. Abdi said. In Iran, he added, “none of this exists.”

U.S. Says UN Sanctions on Iran Have Been Reimposed. What Does That Mean?
U.S. President Donald Trump’s administration said late Saturday all United Nations sanctions on Iran have been restored and a conventional arms embargo on the country will no longer expire in mid-October.