This website requires the use of Javascript to function correctly. Performance and usage will suffer if it remains disabled.
How to Enable Javascript
‘Historic’ Labor Law Raises Fear Indian Workers Will Pay Price 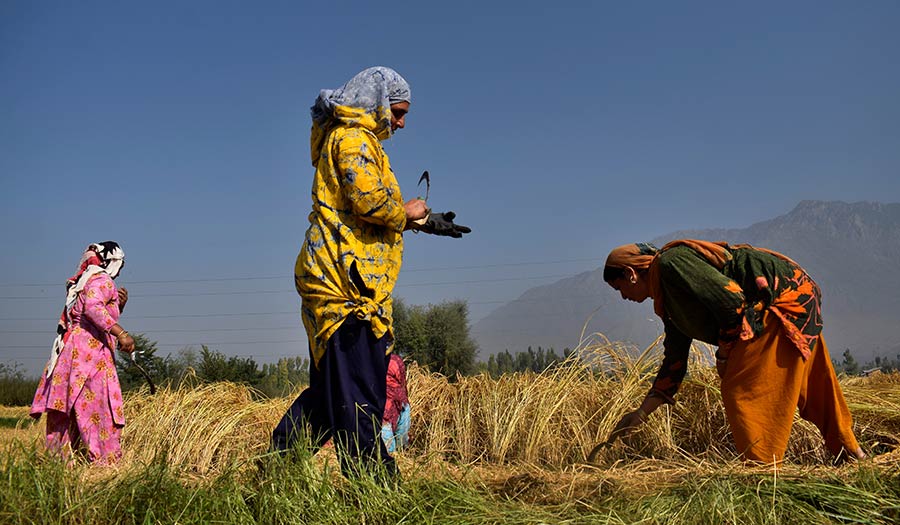 Experts said the laws—aimed at protecting workers and streamlining labyrinthine regulation—exempt tens of thousands of smaller firms, and rob workers of a right to strike or receive benefits.

Almost 90 percent of India’s workers operate in the informal sector with no security, low pay and little or no benefits.

The new laws, in the works for years, carry measures to meet the new challenge of COVID-19, which has seen millions lose jobs under lockdown and forced many to walk thousands of miles home where they struggled to find work.

The laws usher in a range of worker rights, such as health checks, home visits, emergency aid and written terms.

India’s labor minister Santosh Kumar Gangwar described the “historic” bills as a “milestone in labor welfare” in India, whose rapid economic growth was built on the back of a fast-expanding labor force working with limited rights.

Red tape, weak infrastructure and poor governance have held back growth, firms say, while advocates for worker rights say greater fairness is needed if India is to take a place among developed economies.

“After 73 years of India’s independence, complex labor laws will be replaced by simpler, more effective and transparent laws,” he said.

“Labor codes will protect rights of workers and make it easier for industries to function...To set up businesses, they won’t need multiple registrations and licenses,” he said.

India had 44 labor laws that have been replaced by four labor codes, the first passed last year that guaranteed minimum wages to more workers.

On Wednesday, a sparsely filled parliament passed the bills on industrial relations, health and safety and social security, despite a boycott of proceedings by opposition leaders.

In the face of government hype, labor experts said the reforms would further expand India’s informal sector workforce of more than 400 million workers.

Linking social benefits to the size of the establishment would leave out “millions of informal workers who work in small units, or perform home-based work,” said labor rights non-profit Aajeevika Bureau in a tweet.

The new laws related to layoffs and closures apply only to companies with more than 300 workers, leaving out millions of workers in smaller firms, campaigners said.