This website requires the use of Javascript to function correctly. Performance and usage will suffer if it remains disabled.
How to Enable Javascript
WHO: 1 in 7 Reported COVID-19 Infections Among Health Workers

WHO: 1 in 7 Reported COVID-19 Infections Among Health Workers 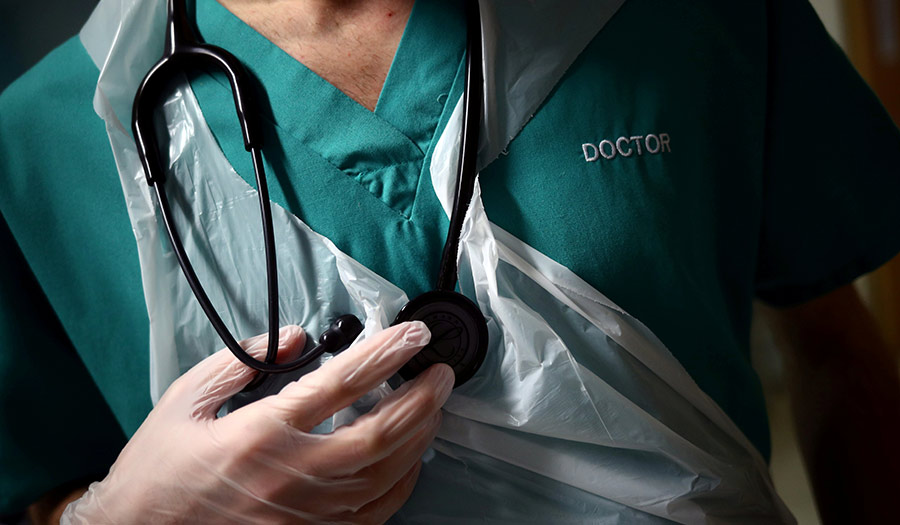 Reuters/Hannah McKay
A junior doctor holds his stethoscope during a patient visit in Blackburn, Britain (May 14, 2020).

Geneva (Reuters) – One in seven cases of COVID-19 reported to the World Health Organization is a health worker and in some countries that figure rises to one in three, the agency said on Thursday.

The WHO called for frontline medical workers to be provided with protective equipment to prevent them from being infected with the novel coronavirus, and potentially spreading it to their patients and families.

“Globally around 14% of COVID cases reported to the WHO are among health workers and in some countries it’s as much as 35%,” WHO director-general Tedros Adhanom Ghebreyesus said.

He added data was limited however and it was hard to know if people were infected at work or in their communities.

Mr. Tedros was addressing a news briefing marking World Patient Safety Day, as the number of people reported infected with the coronavirus neared 30 million, with 938,291 deaths, according to a Reuters tally.

“It’s not just the risk of infection. Every day, health workers are exposed to stress, burnout, stigma, discrimination and even violence,” he added.

Guy Ryder, director-general of the UN’s International Labour Organization (ILO), said the WHO figures on infections among health workers were a “shocking testimony.”

“One is to stand there and watch people die because you can’t help them. Two is to see a worker fall and be infected, your fellow worker and friend.

“And the third—and the one that really weighs on health workers most of the time in these situations—is the chance they could take that disease home to their families, to their friends, to their children,” Mr. Ryan said.

More than 1,000 nurses have died after contracting the virus, the International Council of Nurses, a Geneva-based association, said in a statement.