This website requires the use of Javascript to function correctly. Performance and usage will suffer if it remains disabled.
How to Enable Javascript
‘All Gone’: Residents Return to Burned-out Oregon Towns as Many West Coast Wildfires Keep Burning 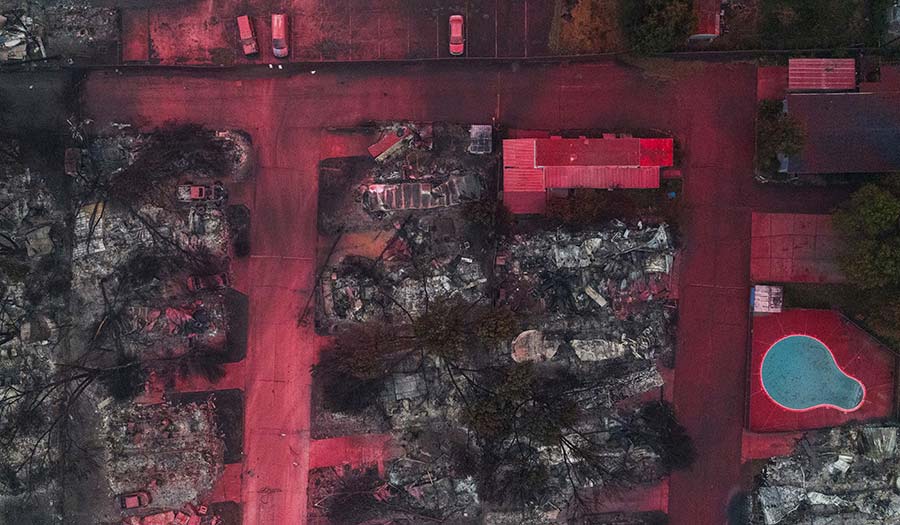 A blitz of wildfires across Oregon, California and Washington has destroyed thousands of homes and a half dozen small towns this summer, scorching more than 4 million acres and killing more than two dozen people since early August.

Tracy Koa, a high school teacher, returned to Talent, Oregon, on Saturday after evacuating with her partner, Dave Tanksle, and 13-year-old daughter to find her house and neighborhood reduced to heaps of ash and rubble.

“We knew that it was gone,” Ms. Koa said in a telephone interview on Sunday. “But then you pull up, and the devastation of just every home, you think of every family and every situation and every burnt-down car, and there are just no words for it.”

Crews in Jackson County, Oregon, where Talent is located, were hoping to venture into rural areas where the Almeda Fire has abated slightly with slowing winds, sending up thick plumes of smoke as the embers burned. From Medford through the neighboring communities of Phoenix and Talent, an apocalyptic scene of charred residential subdivisions and trailer parks stretched for miles along Highway 99.

Community donation centers popped up around Jackson County over the weekend, including one in the parking lot of Home Depot in Phoenix, where farmers brought a pickup truck bed full of watermelons and people brought water and other supplies.

Farther north in Clackamas County, Dane Valentine, 28, showed a Reuters journalist the remains of his house.

Still, emergency officials worried that the shifting weather might not be enough to quell the fires.

“We’re concerned that the incoming front is not going to provide a lot of rain here in the Medford region and it’s going to bring increased winds,” Bureau of Land Management spokesman Kyle Sullivan told Reuters in a telephone interview on Sunday.

At least 10 people have been killed in Oregon, according to the office of emergency management. Oregon Governor Kate Brown has said dozens of people remain missing across three counties. 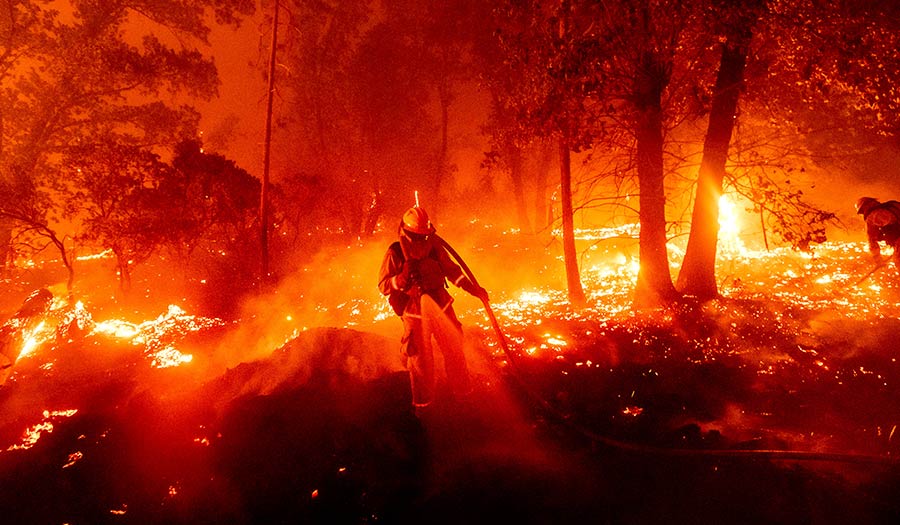 As California Burns, the Winds Arrive and the Lights Go Out
Wildfires churned through bone-dry California on Tuesday after a scorching Labor Day weekend that saw a dramatic airlift of more than 200 people trapped by flames and ended with the state’s largest utility turning off power to 172,000 customers to try to prevent power lines and other equipment from sparking more fires.