This website requires the use of Javascript to function correctly. Performance and usage will suffer if it remains disabled.
How to Enable Javascript
15 Years After Katrina: Residents Faced with Crumbling Homes and Eviction

15 Years After Katrina: Residents Faced with Crumbling Homes and Eviction 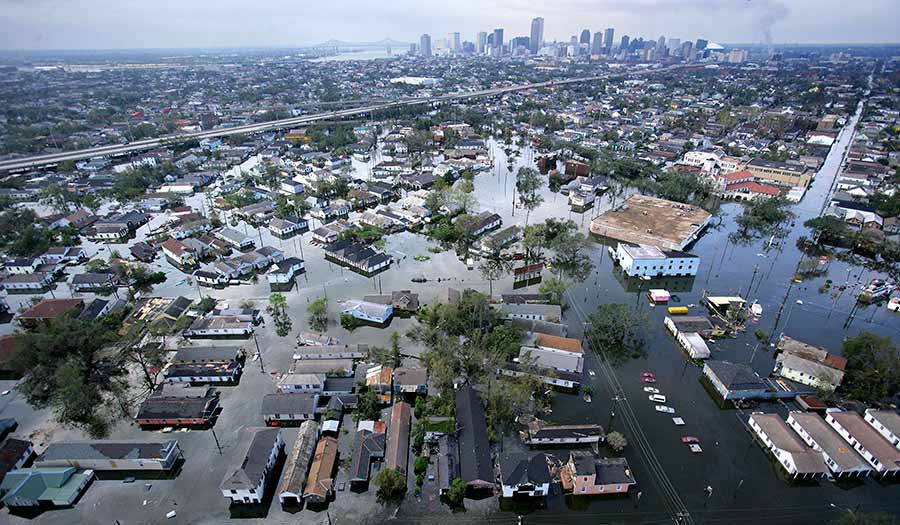 NEW ORLEANS (Reuters) – Fifteen years after Hurricane Katrina devastated New Orleans and triggered a mass exodus, the Crescent City is bracing for new storms as it faces an entirely different crisis—the beginning of a possible wave of evictions caused by the coronavirus pandemic.

The final eviction protections from the coronavirus relief bill, dubbed the CARES Act, expired nationwide on August 24. Millions of renters around the country are worried. But those in New Orleans face a particularly toxic combination of steep housing costs, low incomes, weak tenant rights, and housing stock that is crumbling and decrepit.

New Orleans was battered early by the coronavirus, and as tourism shut, nearly one in five residents were put out of work in April, according to the Bureau of Labor Statistics.

As the city slowly tries to reopen, that dropped to 12.9 percent in June, but many people are still trying to catch up to lost coronavirus income, advocates say. Up to 56 percent of Louisiana’s renters are now at risk of eviction, the Aspen Institute calculates, the second-highest percentage of at-risk renters in the country after Mississippi.

Potentially making matters worse, Tropical Storm Marco and Tropical Storm Laura are bearing down on the Gulf of Mexico, and threaten to flood the city again.

After flooding from Hurricane Katrina damaged 70 percent of the city’s housing stock in August 15 years ago, tens of thousands of New Orleans buildings stood blighted for years. Large public housing buildings were demolished, over residents’ protests, and replaced with mixed-income housing that pushed many apartment units out of reach for the city’s poor.

According to the Jane Place Neighborhood Sustainability Initiative, a housing rights organization, New Orleans rents have increased by 50 percent since 2000, while wages have only risen by 2 percent.

More than half of the city’s 390,000 residents are renters, and of those 61 percent are considered cost-burdened, paying more than a third of their income on rent, Jane Place calculates.

“People are paying more rent now than they’ve ever paid in their lives,” said Frank Southall, lead organizer at Jane Place. “It’s not uncommon to never see a one-bedroom apartment that’s in good condition for less than $1,200 in a city where the area median income for a single mother with a child [is] $25,000.”

A Ceiling Is Not Unreasonable

Amid the pandemic, housing advocates say some landlords are taking advantage of renters’ vulnerable position.

“We are seeing landlords, that if you owe them money right now, they’re refusing to make necessary repairs that they’re legally required to do,” said Amanda Golob, a housing lawyer for Southeast Louisiana Legal Services.

De Borah Wells, a 49-year-old chef who worked at the landmark Creole restaurant Commander’s Palace before being furloughed in March, said her landlord threatened to evict her after she spoke up about her landlord’s treatment of tenants and complained about the repairs her home needed, including the collapse of her kitchen ceiling in June.

“I just wanted something decent. I don’t feel like a ceiling is that unreasonable!” said Ms. Wells, who negotiated with her landlord over the August rent because of the needed repairs but the deal fell through, according to correspondence between her and her lawyer. “I can see outside from my kitchen, inside.”

Ms. Wells took her landlord to court. On Friday, the landlord let her out of her lease, she said.

In Louisiana, landlords only need to give five days’ notice before filing eviction notices, which they can do if payment is even one day late.

And, though landlords are supposed to make repairs to keep homes inhabitable, renters cannot withhold rent until they are made, leaving them with little recourse.

“The hard thing is, especially with low-income folks, it is difficult to move,” Ms. Golob said, citing unreturned deposits or first month’s rent and particularly COVID-19’s impact on rental searches. “Some people are staying in pretty terrible conditions because it is better than sleeping in their car.”

Brandie Barrow, a 25-year-old cook and mother of two, said she was able to stay current on her rent despite the restaurant where she works cutting her hours during the pandemic.

Still, after she complained last week of mold, maggots and mildew she found in her daughters’ closet, she said her apartment complex gave her 30 days to move out.

“How inhumane. Why should I have to pay for somewhere that I’m not happy?” Ms. Barrow said.

Tammy Esponge, the executive director of the Apartment Association of Greater New Orleans, an association of rental housing owners, said she thought worries about mass evictions were overblown.

The group had been encouraging landlords to work with residents to develop payment plans. So far, in Louisiana, the eviction rate was 5 percent, she said, though she acknowledged it was higher for some individual properties.

Nonetheless, Ms. Wells, who moved into her house last September, said she is thinking about leaving the city altogether. “Worse case I can go back home to Chicago where my parents and boyfriend are,” she said. 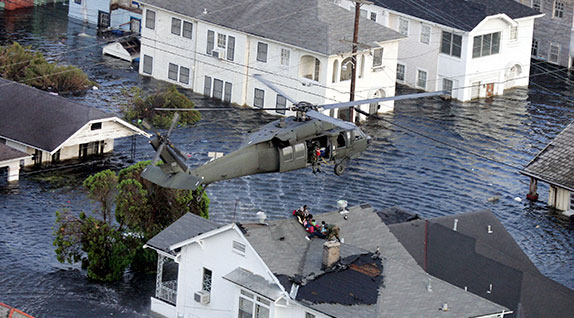 10 Years After Katrina – Lessons from Adversity
In the aftermath of the most destructive storm in U.S. history, people learned valuable lessons. Yet with as much progress as was made, did everyone miss the most important one of all?