This website requires the use of Javascript to function correctly. Performance and usage will suffer if it remains disabled.
How to Enable Javascript
Vladimir Putin Poised to Extend Rule until 2036 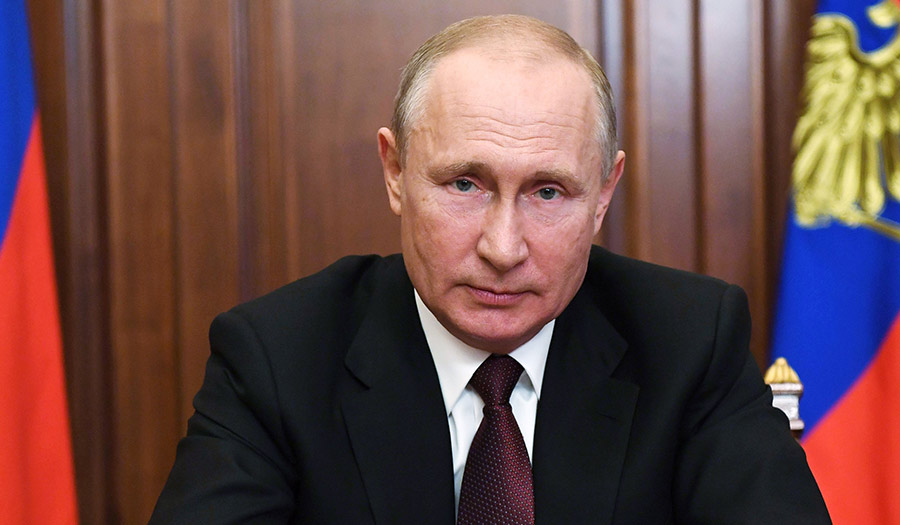 Russians appeared to have paved the way for Vladimir Putin to stay in power until 2036 by voting overwhelmingly for a package of constitutional changes which will also boost pensions, partial results of a nationwide vote showed on Wednesday.

Russians voted overwhelmingly for a package of constitutional changes that would reset the clock on Mr. Putin’s tenure, and will also boost pensions.

Results, after almost a third of ballots had been counted, indicated that the former KGB officer who has ruled Russia for more than two decades as president or prime minister would easily win the right to run for two more terms. That means he could remain president for 16 more years.

Russians have been encouraged to vote with prize draws offering flats and an ad campaign highlighting other constitutional amendments in the same reform bundle, such as the pensions protection and a de facto ban on same-sex marriages.

One-off payments of 10,000 roubles ($141) were transferred to those with children at Mr. Putin’s order as people headed to polling stations on Wednesday, the last day of the vote, held over seven days to try to limit the spread of the coronavirus.

As speculation swirled about Mr. Putin’s future, the 67-year-old leader remained silent until March 10. That is when legislator Valentina Tereshkova, a Soviet-era cosmonaut who was the first woman in space in 1963, suddenly proposed a measure to let Mr. Putin run two more times. Mr. Putin then arrived in parliament just before the final vote to endorse Ms. Tereshkova’s proposal.

The maneuver stunned Russian political elites who were busy guessing about Mr. Putin’s future and possible successors. Many saw the resetting of term limits as an attempt by Mr. Putin to avoid becoming a lame duck and to quell a power struggle in his inner circle.

The Russian president, who has been in power for more than two decades—longer than any other Kremlin leader since Soviet dictator Josef Stalin—said he would decide later whether to run again in 2024. He argued that resetting the term count was necessary to keep his lieutenants from “darting their eyes in search for possible successors instead of normal, rhythmical work.”

“I voted for the amendments to the constitution,” Moscow resident Mikhail Volkov said. “We need radical changes and I’m for them.”

Others voted for the changes with less enthusiasm.

“I didn’t read about the amendments if I’m honest,” another voter, Lyudmila, said. “What’s the point of voting if they’ve already decided for you. It’s like that in our country—read something and vote. I voted.”

Turnout was around 65 percent, election officials said. The required turnout is 50 percent and the amendments will pass if they are backed by a simple majority of voters.

Mr. Putin has said he has yet to decide on his future. Critics say they are sure he will run again, but some analysts say he may want to keep his options open to avoid becoming a lame duck.

At 60 percent, according to the Levada pollster, his approval rating remains high but well down on its peak of nearly 90 percent.