This website requires the use of Javascript to function correctly. Performance and usage will suffer if it remains disabled.
How to Enable Javascript
Russian War Games Spark Fears of European Invasion 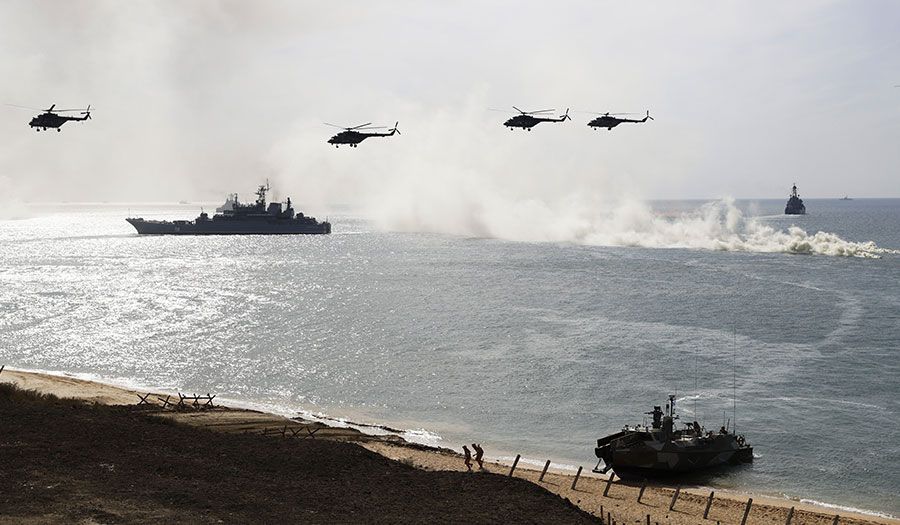 MOSCOW—NATO member states bordering Russia have expressed concerns over planned war games by Russia and Belarus. The maneuvers, which will be held September 14-20 in Belarus and western Russia and are described as the biggest military exercise in Europe since the end of the Cold War, are fueling Western fears that Russia will leave its forces in Belarus after the drills and subsequently stage a surprise attack on the Baltics.

Some alliance members, including the Baltic States and Poland, have criticized Moscow for a lack of transparency and questioned its intentions amid spiraling tensions over fighting in Ukraine.

Speaking on Polish national radio, Mr. Dworczyk expressed hope that the exercise “will not include any aggressive scenarios” and will not cause any incidents, adding that “operations on this scale always run this risk.”

NATO Secretary-General Jens Stoltenberg said that the alliance will send two observers to the maneuvers, but noted that the access offered by Belarus does not constitute real monitoring. He said NATO is seeking “a more thorough way of observing” the drills.

The West has watched Russian military moves with utmost concern following Moscow’s 2014 annexation of Crimea and support for pro-Russian insurgents in eastern Ukraine. Russia had leased a naval base in Crimea prior to its seizure, and used troops deployed there to quickly overtake the Black Sea peninsula.

Mr. Dworczyk said Warsaw is particularly worried about the possibility that Russia could keep some of its forces in Belarus after the maneuvers.

“Obviously, this would negatively impact the region,” he said.

Belarus has maintained close political, economic and military contact with its giant eastern neighbor. Its leader, President Alexander Lukashenko, has relied on cheap Russian oil and billions of dollars in loans to keep the nation’s economy afloat.

But relations between the two allies often have been mired in disputes, as Mr. Lukashenko has accused the Kremlin of trying to strong-arm Belarus into surrendering control of its industrial assets. Some in Belarus have voiced fears that the base could provide a foothold for Moscow if it decides to annex its neighbor, like what happened in Crimea.

General Ben Hodges, commander of the American forces in Europe, said last month concerning the military exercises: “People are worried this is a Trojan horse. They [the Russians] say, ‘We’re just doing an exercise,’ and then all of a sudden they’ve moved all these people and capabilities somewhere.”